Can Biomarkers Be Used to Diagnose Stages of Lyme Disease? 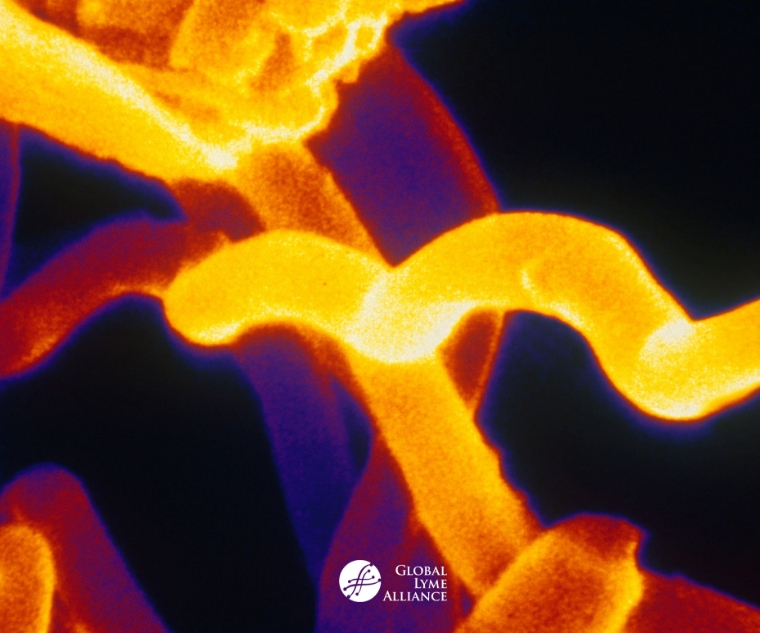 It is broadly accepted by the medical community that when Lyme disease patients are diagnosed and treated early, most recover. However, potentially 10% to 20% continue to suffer symptoms that may be debilitating, and which persist six months beyond initial treatment. Their symptomology, known as Post-Treatment Lyme Disease Syndrome, or PTLDS, includes overwhelming fatigue, chronic pain, and cognitive dysfunction. There is no single formal case definition for PTLDS yet, nor a simple diagnostic test. Many symptoms may be subjective and difficult to quantify, and PTLDS is dismissed by some in the medical field because of its shifting atypical symptomology.

However, recent findings give hope that defining PTLDS, based on identifying immunological biomarkers in such patients, may soon be possible. An important series of GLA-funded studies by immunologist Armin Alaedini, Ph.D., at Columbia University, showed that Lyme patients with advanced disease can be distinguished from those with earlier disease stages. These studies were critical, because instead of simply comparing Lyme patients with healthy controls, as is typical in many studies of Lyme disease, the research compared Lyme patients in various stages of disease with each other, and with healthy people. This approach allowed a more zoomed-in, precise characterization of patients. Typically, bacteria have multiple proteins that cause our immune systems to make antibodies after infection. For Lyme disease, one of the dominant proteins that elicits antibodies is called VlsE, which is a protein on the outer surface of Borrelia burgdorferi, the infecting bacterium.

Alaedini’s work showed that as VlsE changes with progressive disease stage, the antibodies recognizing VlsE also evolve. VlsE, like many proteins on the surface of cells, has a folded three-dimensional shape, with portions anchoring the protein to the cell. These parts of VlsE, known as membrane proximal (MP) domains, are not “seen” by the immune system early in the infection. Thus, in early Lyme patients with erythema migrans (EM) skin rashes but no other symptoms, antibodies to the MP domains of VlsE are virtually absent. However, those with late neurological symptoms or arthritis were much more likely to have antibodies to the MP domains than early disease patients. This suggests an ongoing and evolving antibody response against VlsE, and a way to distinguish early from late patients based on antibodies in their blood.

An additional finding by Alaedini’s group was that the MP-domain antibodies did not recognize VlsE on intact spirochetes, which may be one way that the infecting Lyme bacterium hides from the immune system during very early infection. The team speculated that once inside the tissues and away from the skin, an inflammatory environment might pressure the VlsE protein on bacteria to evolve its shape. As it does so, the MP domains might become more accessible, and this timing correlates with the appearance of progressively worse symptoms. Therefore, detecting MP-domain VlsE antibodies could be one way of identifying late Lyme disease patients using a biological marker, rather than relying on a subjective description of symptoms.

Dr. Alaedini’s team also discovered elevated C-reactive protein (CRP) in PTLDS patients. CRP is an important biomarker for inflammation, because it plays a role in promoting or shutting down inflammatory activity by different cells. It’s considered a sensitive indicator of infection and inflammation, and is part of the innate acute immune response. Since the levels of CRP decrease rapidly after infection resolution, it is a good gauge of recovery. Remarkably, Dr. Alaedini’s group showed that CRP levels were high, greater than 10 mg/L, in Lyme patients with either single or multiple EM rashes. These concentrations indicated clinically significant inflammation during early infection. CRP levels then diminished in patients with neurological symptoms or antibiotic-responsive arthritis. What’s interesting however, is that PTLDS patients, as well as antibiotic-refractory arthritis patients had significantly higher CRP than patients who were treated and returned to health. This suggests that CRP became elevated with prolonged symptoms, and is another potential objective biomarker that might indicate PTLDS.

A corollary of these findings was a study of CRP in myalgic encephalomyelitis/chronic fatigue syndrome (ME/CFS) patients. Symptoms like chronic pain, fatigue, memory and cognitive loss are shared between ME/CFS and PTLDS patients. However, the researchers found no significant difference in CRP levels between ME/CFS patients and healthy controls, suggesting that there are distinct inflammatory mechanisms in PTLDS and ME/CFS. The two findings, that CRP and VlsE antibodies can be used to differentiate PTLDS patients from other Lyme patients, are another indication of the complexity of Lyme disease.

The findings give hope for clinical advances because they may show new, objective and reproducible ways of diagnosing PTLDS. But they also show something else. Far from being a discrete set of symptoms with a straightforward immunological narrative, these data show that long-term suffering attributed to Lyme disease has complicated biological correlates. PTLDS patients who have been dismissed as hypochondriacs can now be vindicated by showing that their symptoms are not simply somaticized mental disorders. Whether CRP or VlsE antibody evolution actually cause ongoing symptoms, or are the discernible outcomes of a poorly-understood pathway of disease processes remains to be discovered.

Dr. Alaedini's work in this area has stalled due to the lack of federal and private funding for Lyme disease research, and he continues his association with GLA as a member of our distinguished Scientific Advisory Board. With more fundraising, and further research, we hope to translate these data into tangible benefits for patients.