How to diagnose Lyme Disease

Lyme disease is a complex infection that can affect various systems in the body including the joints, nervous system, heart, and skin. Unfortunately, without an expanding ring-like rash (the “hallmark” bull’s eye rash is the most common skin manifestation), Lyme and other tick-borne illnesses often go undiagnosed and untreated, leading to deep-seated infections and long-term impairments. 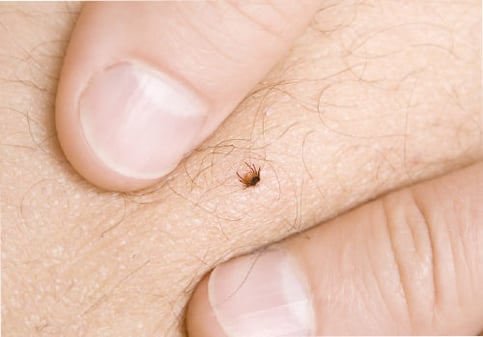 Many symptoms of Lyme are similar to other illnesses, which complicates diagnosis. The Centers for Disease Control and Prevention (CDC) recommends a two-step process when testing blood for evidence of antibodies against the Lyme bacterium. However, Lyme disease blood testing is fraught with problems, false negatives and false positives (false negatives could exceed 50%) and, at best, should only be an adjunct to a clinical diagnosis of the disease.

According to the CDC, the diagnosis should be based upon your symptoms, medical history, tick exposure, and geographical area (“endemic” locations). Blood tests should only be used to provide supporting evidence for the diagnosis.

A new report published in Clinical Infectious Diseases acknowledges the need for better tests. Newer approaches in direct detection show promise and could help thousands of people with Lyme to get the treatment they need.

What To Do If Bitten by a Tick

After a suspected tick/insect bite, if you see a rash(es), even if it’s not at the site of the bite, you or your physician should take a picture of it, date it, and the doctor should place a copy of it in your medical records.

It is important to keep a log, timing the start of the symptoms and keeping track of those that come and go over time. Fluctuating symptoms are hallmarks of Lyme disease. The log should also contain a record of when all medications (including non-prescription) are begun, ended, or have a dosage change.

Diagnosing a Child Can Be Particularly Difficult

Unlike adults, children with Lyme disease often can’t explain what feels wrong. They suffer when their bodies hurt, when they can’t get enough sleep at night, when they struggle at school, when they don’t feel like playing. Because some of their symptoms, such as irritability, joint aches and difficulty concentrating, can mirror “growing pains,” legitimately sick children are often told that their problems are “all in your head.” Parents and teachers may suspect the child or adolescent is simply trying to avoid schoolwork, daydreaming, or acting up, when, in fact, a tick-borne illness might be the cause.

Learn More About the Symptoms

Lyme disease has more than 100 symptoms. Varying symptoms, combined with the fact that blood tests are highly inaccurate, contribute to the difficulty in diagnosing Lyme disease.

Lyme disease doesn't discriminate by age. It can affect anyone. But symptoms of Lyme in children often go unnoticed.

Lyme disease occurs in three stages: early localized, early disseminated and late disseminated. However the stages can overlap and not all patients go through all three. Learn more about the stages of Lyme disease.

Lyme disease symptoms can vary based on stage of the disease (early, late, post-treatment, or chronic) and if other tick-borne infections are present and can change over time.

Learn more about the most common diagnostic tests for Lyme

Treatment for Lyme disease will vary from patient to patient depending upon the stage and severity of symptoms, presence of co-infections, age, and other clinical factors.