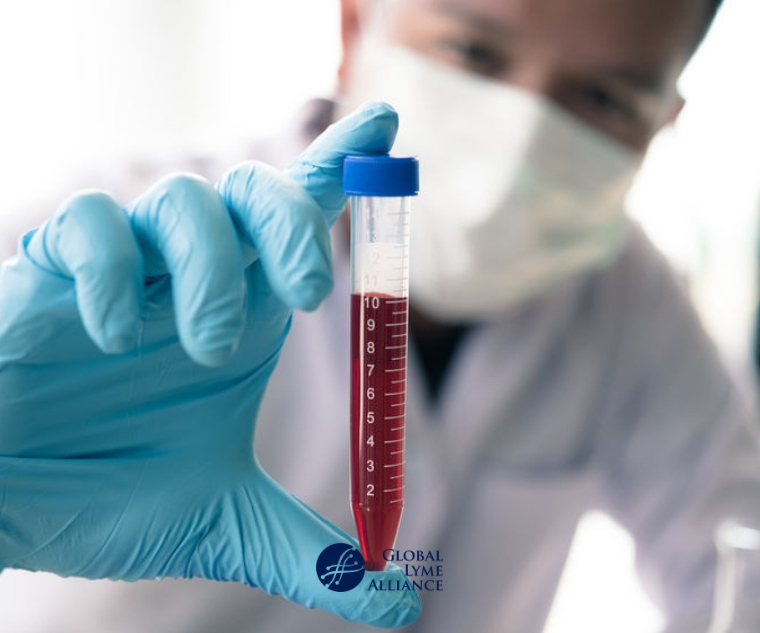 For years, a Lyme disease diagnosis has been problematic. The blood tests that are used today by mainstream medical authorities and insurance companies has low sensitivity in the early stages of the disease; it is, moreover, poorly informative about active infection and reinfection. This leads to the frequent delay of treatment which in turn can lead to a more complicated infection. The current testing protocol, known as two-tiered tests, was introduced in 1994 and relies on the detection of antibodies that recognize the Lyme disease bacterial pathogen,  Borrelia burgdorferi. In early infection, there is a lag time of several weeks before detectable antibodies are produced by the patient. So, when people are symptomatic and visit healthcare practitioners, the test result may be negative despite actual infection.

Direct detection of the bacterium or its components in bodily fluids would eliminate the reliance on antibody production. To address this topic, a meeting of diverse experts, including scientists from the Food and Drug Administration, the National Institutes of Health, and the Centers for Disease Control and Prevention (CDC), convened in September 2016, at the Cold Spring Harbor Laboratory Banbury Center in New York. The meeting, was underwritten by Global Lyme Alliance (GLA), after receiving a proposal for a meeting to examine current test methods, ones in development, and potential future methods. To insure independence, GLA remained hands-off with respect to the content of the meeting and the actual publications. As demonstrated in the publication, this was an important step in recognizing the  limitations of current two-tiered tests while simultaneously seeing the real potential of newer technologies to overcome many of the limitations.

An article summarizing these discussions was recently published in Clinical Infectious Diseases, a journal of the Infectious Diseases Society of America (IDSA), with Dr. Steven Schutzer, a GLA-funded researcher, and physician-scientist at Rutgers New Jersey Medical School, as lead author. The article acknowledges -something that Lyme patients and physicians have long waited to hear--and the need for better tests. Newer approaches in direct detection show promise and could help thousands of people with Lyme to get the treatment they need. The technical challenges to direct detection of  B. burgdorferi infection are due to its low quantities and transient presence in the patient’s bloodstream after a tick bite. The bacteria can leave the blood and penetrate into organs such as the heart, nervous system, and joints. Because B. burgdorferi grows slowly in culture, using this direct method to demonstrate the bacterial presence in patient samples is time-consuming and impractical in a large-scale diagnostic setting.

One direct test is the detection of bacterial antigens, or fragments of the bacteria itself.  This is a promising approach made more possible since 1994 due to the identification of relevant proteins. During the course of infection, the predominant proteins expressed and shed by the bacteria change, and they may differ between varying strains of  B. burgdorferi. Understanding which are the optimal antigen targets is becoming increasingly clear with new proteomics approaches and sensitive mass spectrometry. Due to the low levels of circulating bacteria, concentrating or enriching the antigen targets by starting with larger sample volumes, removal of water, protein separation techniques or antigen capture methods may be necessary. Building upon these new developments will be the construction of platforms that enable the greatest sensitivity and specificity.

An alternate approach worth considering is nucleic acid detection. Current polymerase chain reaction (PCR) techniques to detect  B. burgdorferi DNA are still largely unreliable due to the low levels of the bacteria in most bodily fluids and tissue. But modification of methods, such as by enriching the target to be amplified, or by enhanced detection of amplified product, may increase the sensitivity of PCR-based technology. Because PCR is based on primer specificity recognizing designated target DNA sequences, the specificity of the assay overall can be enhanced by using multiple primers.

A new strategy for direct detection of Lyme disease might be sequencing of pathogen DNA, which has been used for diagnosis of other infectious diseases. For Lyme disease, this technique is problematic due not only to low bacterial abundance, but the bacterial genome itself, much of which exists on separate linear and circular plasmids. Some portions of the genome encode proteins while others are regulatory, and there is variation between strains, in genetic content and organization. So, identifying the appropriate targets for sequencing is important.

New technologies such as long-read sequencing and high-fidelity sequencing, potentially in tandem with other nucleic acid amplification techniques, may allow for simultaneous detection and identification of various bacterial strains. As the speed of sequencing increases, costs become less prohibitive, and scalability is enhanced. In parallel with greater understanding of the  B. burgdorferi genome, it should be increasingly possible to determine which genetic elements are most relevant for a diagnostic. There is broad agreement that current serological Lyme disease tests are suboptimal, and that a new test based on direct detection of  B. burgdorferi would be more accurate and indicative of active infection. Such new tests, if successfully evaluated, would improve diagnosis, leading to better treatment. Fortunately, technologic advances are at hand to overcome the inadequacy of current Lyme disease testing.

Questions? Please reach out to GLA with any questions about GLA-funded investigators and research projects. Click here to access GLA's groundbreaking Research Report.