What to Be Tested For

The two most common diagnostic tests for Lyme are the enzyme-linked immunosorbent assay (ELISA) and the Western blot. Both of these blood tests measure the presence of antibodies that form in your body if you are infected with Borrelia burgdorferi, the bacterium that causes Lyme. 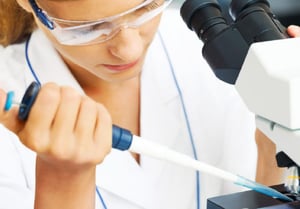 According to the International Lyme and Associated Diseases Society (ILADS), the tests are not always reliable to make a definitive diagnosis of Lyme. Both the ELISA and Western Blot are indirect tests, since they measure an antibody’s response to the infection, not the infection itself. It can take weeks to generate enough antibodies to be detected by these tests. As a result, a blood test may give false negative results even if you are infected with Lyme

ELISA – This is the screening test used when Lyme disease is first suspected. It measures the levels of antibodies against Lyme bacteria. According to the Centers of Disease Control and Prevention, if the test proves negative for the antibodies, no further test is recommended. If the ELISA is positive or unclear, a second test is recommended to confirm the disease. However, the ELISA is falsely negative nearly 50% of the time. Sadly, many people are never tested beyond this point and are told they do not have Lyme disease when in fact they may be infected.

WESTERN BLOT – This test is run as a second-stage to confirm a positive ELISA result. In addition to testing for antibodies, it reports reactivity against a panel of 10 different proteins found on the Lyme bacteria. According to the CDC, 5 of the bands must be positive for an overall positive, reportable Western blot test result.

This is generally considered the most reliable test currently available (although it is estimated to be only 80% accurate even at the best labs). Many doctors will not consider using this test unless the ELISA is positive, thus missing an important diagnostic tool.

Some Lyme specialists and scientists believe that there are five very specific bands on the Western blot test that are highly indicative of Lyme disease: band numbers 23, 31, 34, 39 and 93. If any of these bands are positive and the patient is experiencing symptoms of Lyme disease, they may feel treatment is warranted.

To get the most accurate blood test results possible, ask your physician to use both the ELISA and Western blot tests. If your insurance company will only pay for one test, you might want to consider paying for the other test yourself. Since results and interpretation of blood tests vary from lab to lab, ask your physician if it would be possible to send the blood to more than one lab.

PCR – The two-tiered antibody tests are the mainstay of laboratory testing for Lyme disease. However, polymerase chain reaction assays (PCR) are being used more often in clinical settings. PCR testing is used to identify a current infection if you have symptoms of Lyme that haven’t gotten better after treatment. It detects the DNA of the Lyme bacteria drawn from an infected joint (usually synovial fluid). A positive PCR test almost always guarantees that you have Lyme, depending on the accuracy of the lab that performed the test. However, there can be false-negative results as well.

C6-PEPTIDE TEST – Available since 2000, the Lyme C6 Peptide ELISA is quite different from the present ELISA test. Developed at Tulane University, this test confirms exposure in more than 60% of patients. However, like other tests, it still has many false-negatives.

CO-INFECTIONS – Ask your doctor to also consider testing for co-infections such as Babesia, Ehrlichia and Bartonella as an increasing number of ticks have been found to carry and transmit multiple infections, and the tests and treatments for some of these co-infections are different than those for Lyme disease.

ASK FOR A COPY OF ALL YOUR TEST RESULTS

Remember, you have the right as a patient to request any testing you feel is necessary, and to receive copies of the results. It is important to keep accurate records, and it may be helpful to keep a copy of your medical records for future use.