In 2016, a scientific conference was held at Cold Spring Harbor Laboratory’s Banbury Center to discuss the state of serodiagnostic testing for Lyme disease, from both a historical perspective as well as recent advances in the field. This conference was supported by a meeting grant from Global Lyme Alliance (GLA). GLA, as part of its support, also inspired the topic for the conference; to discuss the adequacy or inadequacies of the current Lyme disease diagnostic testing paradigm. The opinion of conference attendees was detailed in a recent publication by John A. Branda, M.D. of Harvard University, Steven E. Schutzer, M.D. of Rutgers University-New Jersey Medical School, and co-authors, in the peer-reviewed journal Clinical Infectious Diseases.

The article titled “Advances in Serodiagnostic Testing for Lyme Disease Are at Hand” clearly articulates the fact we are at a historic turning point where new diagnostic approaches can deliver better performance than the current two-tiered testing protocol that was established for Lyme disease serodiagnosis back in 1994. Issues with poor sensitivity, specificity, and reproducibility inherent in the two-tiered testing protocol, which relies on Western immunoblotting, makes it a suboptimal choice and yet, more than two decades later, this approach remains the standard for laboratory diagnosis of Lyme disease. Branda, Schutzer, and their colleagues highlight several exciting technical and conceptual advances in laboratory diagnostic testing that, if adopted, would significantly improve the accuracy of testing and ease with which physicians can diagnose patients, particularly those in the early stages of Lyme disease.

The article describes a new generation of enzyme-linked immunosorbent assays (EIAs, the first tier of the current testing protocol) that have emerged and offer superior specificity, reproducibility, and ease of interpretation of assay results. The authors suggest that adoption of such NextGen EIAs, as a replacement for second-tier Western immunoblotting, could eliminate or at least significantly reduce the rate of false-positive or false-negative results associated with the second tier of the current testing protocol. Furthermore, coupling the use of multiple NextGen EIAs that target different parts of Borrelia burgdorferi, the bacterial causative agent of Lyme disease, would provide greater specificity than would be obtained with individual EIAs. This well-accepted principle is applied in rapid testing for human immunodeficiency virus (HIV).

The time for the Lyme disease community to benefit from implementing a similar test strategy is long overdue. In fact, in a separate study published by Branda et al. in Clinical Infectious Diseases, it was demonstrated that a two-EIA protocol can be more sensitive in early Lyme disease than conventional two-tiered testing.  GLA has been focused on investing in direct and indirect diagnostic methods using the latest available technologies.

Other key points made at the Banbury Conference include the following: 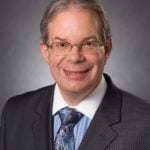