Adding Joy and Pleasure to Life, No Matter When 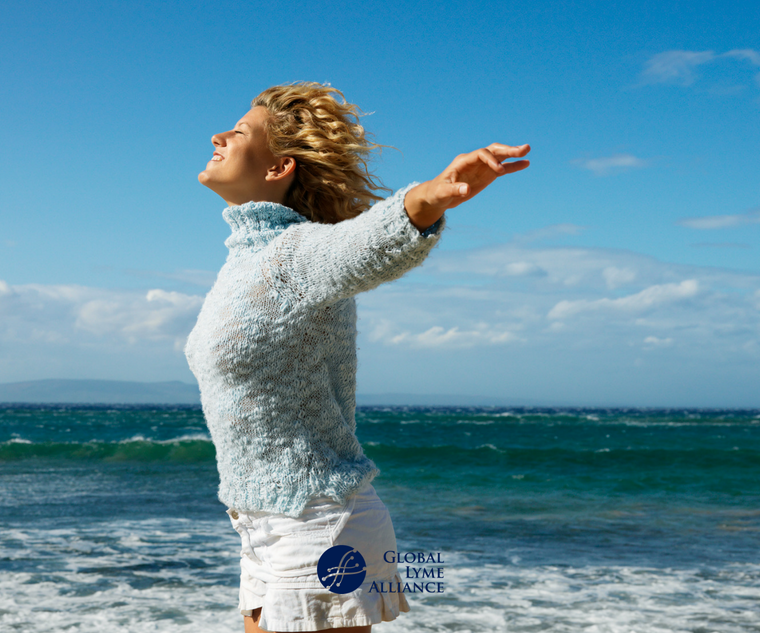 I celebrated my 40th birthday by doing a cartwheel on a beach.

A few weeks earlier, a childhood friend and I had been bemoaning our upcoming birthdays. We agreed that we would feel better about the looming big number if we’d achieved everything we’d hoped to by this age. Back when we were 10, 15, 20, our 40th birthdays felt very far away, and we were both sure we’d be married and settled by then. Though we have each made strides in our careers and our lives, 40 doesn’t look the way we expected it to—nor does it look the same as it does for many of our contemporaries—and my friend lamented that instead of a celebration, the birthday felt like a marker of an unfortunate reality.

That’s when I decided we needed a perspective shift.

Actually, the shift was one I adopted halfway through my 39th year: to add joy and pleasure to my life in the meanwhile.

It began when another friend, newly single, announced that she was going to start dating just for fun. She ultimately wanted another long term relationship, with the right person. But she had things to work through from her old relationship, and wasn’t necessarily in a place to jump right in to something serious. That didn’t mean, though, that she couldn’t jump in to anything. She was just going to enjoy whoever came along, for whatever they brought to her life, just for the sake of that enjoyment.

Wait a minute, I thought. Why can’t I do the same thing?

For years when I was bedridden with tick-borne illnesses, my entire life had been on hold. Not just in terms of dating, but in terms of working, exercising, socializing, or doing anything else that didn’t involve taking medication or going to a doctor’s office. I was waiting. Waiting to feel well enough to walk up a flight of stairs. Waiting to get my PICC line out so I could wash my own hair. Waiting for my hands to not ache so I could type one paragraph.

During that period of recovery, I had a recurring dream. I was back at the summer camp where I got my original tick bite. It was the last day of summer, and I realized that all the boats had been put away and I’d never had a chance to waterski. My therapist analyzed this dream as a fear of missing the summer of my life. By losing my prime years to illness, I worried I would miss that prime entirely. The therapist reminded me that I was simply on a different track than my peers, and that my prime would come later, when I was healthier.

She also helped me to see that I was missing fun. From that point on, I tried to add enjoyment to to my life, even though I couldn’t do most of the things I had once considered fun: waterskiing, skiing, going out with friends. But I worked with friends to bring the fun to me. When I was well enough to go out to lunch, a friend and I went to an outdoor place by a harbor, so I could enjoy the feeling of being by the water. Another friend took me for a drive and had me describe to him what it was like to drive the ski boat I once had at camp. He took me to a ski movie, so I could at least participate in that life in some way.

I didn’t enjoy those moments as much as I could have, because I was still waiting. Waiting to be able to do those activities for real.

As I got better, I was able to actually ski, to try new water activities like paddle-boarding, to learn to bike in an adaptive way. I hosted parties and board game nights and went out with dear friends, not to the extent I once had, but certainly in a manner that added a lot of fun to a life that had previously been constricted by illness.

But it wasn’t until my friend made her “dating just for fun” announcement that I realized that despite these additions to my life, I was still in a waiting state. I’d still been denying myself certain pleasures, because I have to be so careful about my limitations. And also because I was waiting to do things like go on vacation, until I felt fully secure in my career and met someone to travel to a romantic destination with. I was waiting to meet that right person, who would fully understand my limitations and would be willing to build a life together in light of them.

I still do strive for those things. But I’ve lost enough years of my life. Why should I deny myself joy and pleasure while I wait? Lyme disease or not, there are no guarantees; none of us know if we’re going to be here tomorrow. So, like my newly single friend, I decided that I, too, was allowed to just enjoy life starting that very day.

I, too, started dating just for fun. What a relief of pressure, to date someone just because I enjoyed their company, even if I knew he wasn’t The One. To my friend who was lamenting our upcoming birthdays, I suggested a beach vacation that worked within my limitations (two hours away, and on a strict  budget). What a pleasure it was to just enjoy our time on the beach together! To celebrate the fact that we’ve made it to 40, and survived all that we have, and are here to enjoy it now.

On our second day on vacation, I noticed that a number of kids were doing cartwheels in the sand. “I bet I can still do that,” I announced, and without thinking, I just stood up and did one. Not perfectly—I didn’t stick the landing—but even as I fell over in the sand, I was laughing hysterically.

“Why would you do a cartwheel?!” my mother asked when I sent her the video later. Undoubtedly she was worried that acrobatics would take too much energy for me and set off a flare of my Lyme disease, or that I’d re-injure the knee I’d had repaired years before.

To be honest, I didn’t think about either of those concerns before I did the cartwheel. I just did it, because I knew I could. And, as I told my mother, “because all the other kids on the beach were doing it.”

I may be 40. I may still have Lyme and other tick-borne illnesses. I may still be waiting for certain pieces of my life to fall in to place. But  I’m not going to wait to have fun.