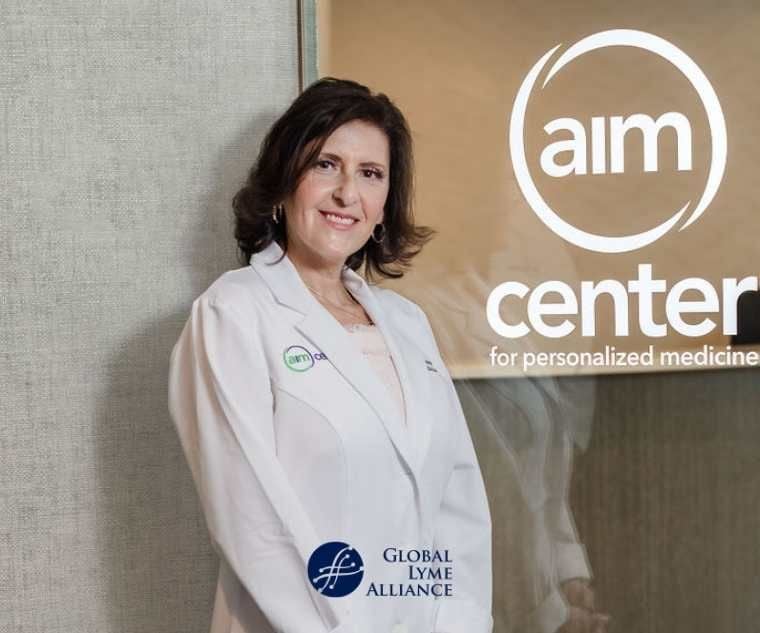 Dr. Tania Dempsey is an expert in chronic disease, autoimmune disorders and mast cell activation syndrome. In this blog, she is answering Lyme related questions that GLA followers submitted via social media.

How do I know I have mast cell activation? What can you do to get rid of it?

Mast Cell Activation Syndrome (MCAS) is an inflammatory, multisystem condition. Patients with MCAS typically start having symptoms early in life, often before the age of 20. Throughout their lives, they have episodes of flares that wax and wane and are triggered by various things, like viruses or other types of infections, mold or other environmental toxins, medications, surgeries, trauma, and other stressors. Sometimes the flare can be short-lived but sometimes it can go on for months or even years.

The symptoms generally follow the themes of +/- allergic phenomena, +/- inflammation, and +/-dystrophies. To explain this further, some patients will have allergy-like symptoms or will have true allergies, but the absence of allergy-like symptoms doesn’t mean that you can’t have MCAS. Inflammation is probably the most common issue in MCAS and that can present in any organ or tissue in the body and more often than not, in multiple parts of the body. Some patients might have what we call dystrophies or abnormalities in growth and development (for example, this could affect bone health and cause osteoporosis or it could lead to the development of cysts or nodules).

The bottom line is that MCAS can look different in every patient and can include a tremendous number of symptoms, which are driven by the 1,000s of mediators that mast cells can release.

About 17% of the population probably has MCAS, so it is more common than you may think. Many patients have very mild symptoms and are not bothered or affected by them, but many are truly suffering. The most common presentation of MCAS that I see in my practice is after some sort of major trigger. The patient might have had mild symptoms that went unnoticed until this particular event. There are a vast number of triggers that can essentially escalate MCAS. Some examples include infection (such as Lyme disease or COVID) or toxin exposure (like mold, pesticides, vaccines, or medications), a death in the family or other type of emotional trauma, or a physical trauma (like a traumatic brain injury, abuse, or accident).

If you suspect that MCAS could be to blame for some or all of your symptoms, the best thing to do is to seek medical attention and get a proper diagnosis. Several different tests can be performed (I co-authored this paper which I encourage you to print out or email to your doctors to help them understand how to diagnose MCAS)

Once you identify that you have MCAS, there are several important steps to getting it under control. It is unlikely that it will go away completely, but it can be stabilized and properly treated to greatly improve your quality of life. Step 1 of treatment is to identify and eliminate your triggers. This can be a complex process, especially if the triggers are not clear. There might be multiple triggers and some might be difficult to eradicate. If there is an active infection, such as Bartonellosis or Babesiosis, for example, treating the infection could help MCAS. However, MCAS might also prevent adequate treatment of those infections, especially if MCAS causes medication or supplement intolerances. If there is mold in your home, it will be difficult to treat MCAS without dealing with the mold. Again, there are many triggers, and working with a practitioner familiar with MCAS to help you identify your triggers and support you during this process will be helpful. As you work on figuring out your triggers, there are mast cell-targeted therapies that can be trialed. There are many options and this should be done with the help of a medical professional.

What is your opinion on the CDC’s Western Blot band requirements for a Lyme disease diagnosis?

This is a great question with a complex answer.

There are, unfortunately, several problems with using the Western Blot for the diagnosis of Lyme disease. First, to be clear, according to the CDC the Western Blot should only be performed if there is a positive Elisa screening test. However, research has shown that the Elisa has a high false negative rate so many patients will never go on to have a Western Blot test, which has its imperfections but is probably better than the Elisa.

The Western Blot is an antibody test that relies on the patient having a normal immune system that can respond appropriately if it’s exposed to an infection like Lyme. If the patient is immunocompromised or immunodeficient, they may not develop antibodies to Lyme (or other co-infections). Lyme itself can alter the immune system and the immune response to it.

For the Western blot to be positive, the CDC requires 5 positive IgG (chronic) antibodies (also known as bands) to 5 specific proteins within the bacteria that cause Lyme, Borrelia Burgdorferi, or 2 positive IgM (acute) antibodies/bands to 2 specific proteins within the bacteria. If the patient only has 4 positive IgG antibodies (bands), the test is considered negative. The use of 5 positive IgG or 2 positive IgM bands is rather arbitrary and how those numbers were chosen is not clear. Several bands are not recognized by the CDC, although research has shown that antibodies to those particular proteins have a higher sensitivity to supporting the diagnosis of Lyme disease.

In addition to the high false negative rate of Western Blots due to the above factors, antibody tests, in general, are not reliable for identifying whether the infection is active or old.

Lastly, the Western Blot only tests one strain of Borrelia Burgdorferi B31, so it will likely be negative in those who have another strain (such as Bb 297), and it doesn’t test for the many infections transmitted by ticks or other vectors. If a tick-borne or vector-borne infection is being considered, a variety of tests need to be performed to cover the different organisms that may have been transmitted. It is also preferable to use tests that can identify whether the infection is active, such as a PCR or FISH test.

Why aren’t doctors more aware of pulse-dosing antibiotics during Lyme treatment and their effectiveness? Is this something you would recommend doing?

I personally don't know any doctors that are not aware of pulse-dosing antibiotics, however, every Lyme Literate practitioner has their own style and experience with treating Lyme. I think there is some utility to this treatment strategy, depending on the patient, the antibiotic or antimicrobial, and the co-infections. There have been several studies published that have shown that the pulsing of antibiotics, like ceftriaxone, is not effective at eradicating Lyme.

However, there are certain antimicrobial medications and herbs that have the potential for being very effective. For instance, pulsed high-dose dapsone combination therapy looks very promising and I’ve started to use it in my practice, but it can have serious side effects, so close monitoring is important. This protocol should only be implemented by a medical professional with experience and training in using the various dapsone protocols.

Do you have any helpful tips for gastrointestinal manifestations of Lyme disease?


GI manifestations of Lyme disease are quite varied. If we are talking specifically about Borrelia Burgdorferi’s effects on GI symptoms, we need to think about what Borrelia is doing in the GI tract vs. what it is doing to the immune system and/or nervous system in the GI tract. I’ll make a point to say that since it is more common than not to have co-infections associated with Lyme or to have another vector-borne infection (i.e. Bartonella) instead of or in addition to Lyme driving the patient’s condition, there might be some differences in the actual GI symptoms depending on the infection(s).

Acute Lyme disease can present with non-specific GI symptoms like nausea, vomiting, reflux, and abdominal pain. However, over time, it can lead to more significant GI symptoms such as colitis, constipation, abdominal bloating, and food sensitivities to name a few. There have been studies that have isolated Borrelia Burgdorferi PCR from GI biopsies, which supports the teaching that Lyme itself is causing inflammation and damage to the GI tract and subsequently the vast array of GI symptoms.

However, one of the conditions we see very often in patients with Lyme or other infections is Mast Cell Activation Syndrome (MCAS). Infections are a known trigger for activating mast cells and mast cells can release many different mediators, such as histamine, that can cause significant inflammation wherever they are released. They can cause swelling in the lining of any or all parts of the GI tract as well as a leaky gut. This can cause food intolerances as well as malabsorption, leading to nutritional deficiencies.

This development of dysautonomia is likely due to a combination of factors- the actual infection invading the nervous system and the mast cells interacting with the infection and with the different components of the nervous system. GI motility issues can lead to a host of other problems, including SIBO (small intestinal bacterial overgrowth) which can be very uncomfortable and further intensify the mast cell issues.

The bottom line is that there is no one-size-fits-all approach to gastrointestinal symptoms in a Lyme patient. Identifying what the underlying issue is will help to set a path for treatment. If MCAS is the root cause, then addressing this with mast cell targeted therapy and/or a change in diet can make a tremendous difference. If Lyme or co-infections are persisting in the body and GI tract, then antimicrobial treatment might be necessary. If SIBO is present, this needs to be addressed by improving motility, as well as decreasing abnormal flora present in the small and large intestines. 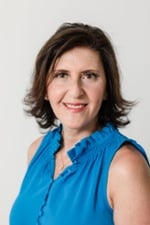 *Opinions expressed by contributors are their own. Dr. Tania Dempsey is an expert in chronic disease, autoimmune disorders and mast cell activation syndrome. She received her MD from The Johns Hopkins University School of Medicine and her BS degree from Cornell University. Dr. Dempsey completed her Residency at NYU Medical Center/ Bellevue Hospital. She is Board Certified in Internal Medicine and a Diplomate of the American Board of Integrative and Holistic Medicine. Dr. Dempsey opened the AIM Center for Personalized Medicine, where she currently practices.