What Can the Red Sox Teach Us About Surviving Tick-Borne Illnesses? 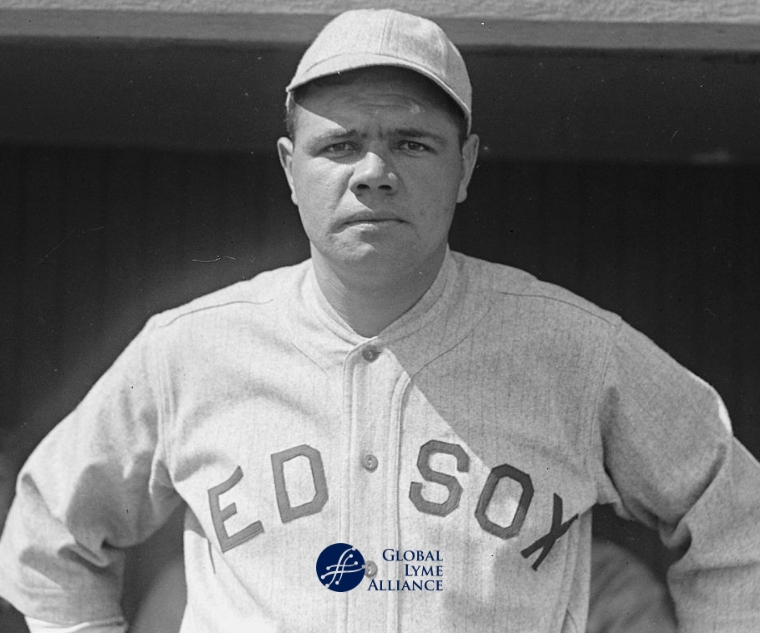 When I told my family I was thinking of moving to Boston, my mom said: “As long as you don’t become a Red Sox fan.”

I had grown up a Mets fan, thanks to my baseball-loving grandfather who had watched every game and taken me to many. The family remained loyal to the Mets, but somewhere along the way my mother also became a die-hard fan of that other New York team, the one that shouldn’t be mentioned in Boston.

The first time I went to a Red Sox-Yankees game at Fenway Park, I wore a Red Sox t-shirt, with a tiny Yankees pin over my heart. Even though I looked the part, I didn’t really understand the Red Sox fans all around me. Why did they—and generations of their families before them—continue to support a team that had been purportedly “cursed?” A team that,—until 2004—had not won a the World Series since 1918?

When I discovered the answer, I realized that being a Red Sox fan is not unlike someone surviving one or more tick-borne illnesses.

Despite being loathed by Yankees fans and chided for their bad luck, Red Sox fans held on to their belief that their team would eventually “reverse the curse”. They did this because they had something their rivals did not: faith. In addition to complaining constantly during those 86 forlorn years, they did something else, too. They remained loyal, ignored the naysayers, supported their team, and adopted a get-back-on-the-horse attitude.

I had to do the same thing when I was fighting for a diagnosis, and then again when I was undergoing treatment for Lyme disease and two of its co-infections, babesia and ehrlichia. It took eight years for me to get an accurate diagnosis.  During that time I had waxing and waning symptoms such as fever, flu-like exhaustion, hives, and migraines. Eventually, I became completely bedridden, unable to work or care for myself. Even with my obvious physical deterioration, lots of people didn’t believe me. Even some doctors told me “you’re just being lazy”, “you just need to exercise more”, and “it’s all in your head.”

It wasn’t always easy to ignore these comments, especially when I was feeling so physically and emotionally fragile. I sometimes wondered if these people were right. But deep down, I knew they were not, because I knew my own body. I was an overachiever; laziness was not in my DNA. I was a skier and a runner, and desperately wanted to be out doing those activities. My fevers, rashes and headaches were not psychosomatic. I knew there was something physically wrong with me, so I persisted in searching for answers.

Had Red Sox fans given up after their team was cursed, they wouldn’t have had the glory of seeing them finally win the World Series 86 years later. Had I believed the naysayers, I would still be bedridden. I wouldn’t have ever gotten an accurate diagnosis, nor would I have tasted the glory of remission.

It didn’t take me 86 years to achieve remission, but it did take two once I started treatment, and another three after I suffered a relapse. Sometimes I felt like my diagnoses were a curse. I had to take intravenous antibiotics and strong anti-malarial medication, and even with those and adjunct treatments, I suffered Herxheimer reactions, meaning I often felt much worse before feeling better. My energy would start to improve and my symptoms would lessen, and I’d have hope that things were heading in the right direction, just as Red Sox fans had year after year when their team did well in the regular season.

But year after year, the Red Sox fell short of their goal. They had to come back the following season and start all over. I had to do the same. Even when I made it all the way to remission, I didn’t fully understand the nature of chronic illness, and got overwhelmed by factors that sent me back to the starting point. It took several seasons for me to find the right cocktail of medications and therapies, and to learn how to take care of myself so that my body would stay strong in spite of its limitations.

Throughout those years, I still had naysayers. There are people who don’t understand the relapsing nature of tick-borne disease and think any case, even one that went undiagnosed for eight years like mine, can be cleared up with three weeks of antibiotics. Those people are wrong.

People who move to Boston today might be similarly ignorant. If they don’t know the history of the Red Sox, they might think their baseball team has always been great. They might think the same of their new football team, too, even though the Patriots were not very good until they got Tom Brady—the doxycycline of football. Success hasn’t come easily for these teams. It doesn’t come easily for most patients of tick-borne diseases, either. Lyme disease and its co-infections are real. They take a lot of work and time to overcome.

We need to have faith that the more we spread Lyme-literacy, the more people will understand this. But even if they don’t, we can still have faith in our Lyme Literate Medical Doctors (LLMDs), and in our bodies, to see us through to victory. If that faith dwindles, we can always watch the Red Sox, who might just make it all the way this year. But even if they don’t, they’ll be back out there next season, giving it their all until triumph is theirs. And like baseball, it is often a team effort engaging one’s LLMDs, true friends and family members.