Join Us in Defusing the Ticking Lyme Bomb 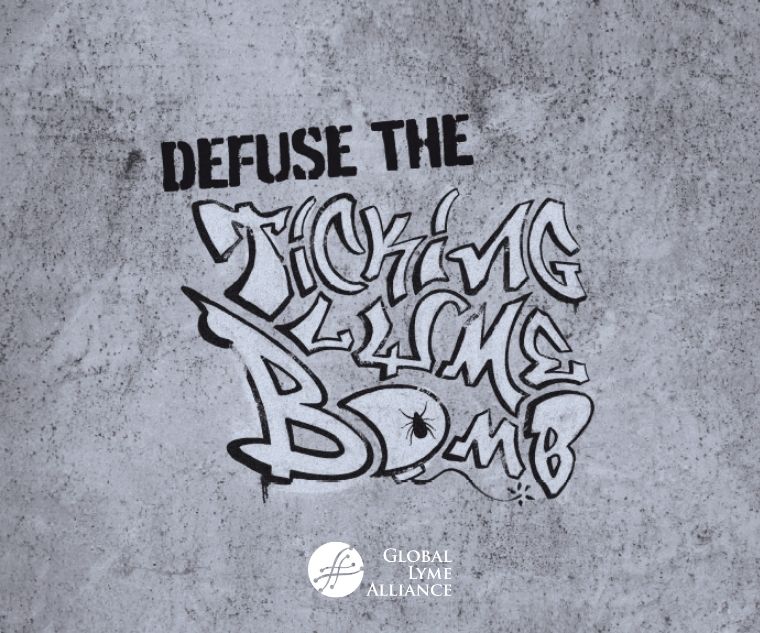 Global Lyme Alliance (GLA) is motivated by the stories we hear from the people whose lives have been impacted by this disease. It’s part of GLA’s mission to educate people and make them aware of Lyme. The challenge is finding unique ways to do so. As an organization, we have always been open to different ways of driving awareness, and conventional wisdom states that creativity matters.

During these unprecedented times, spending time outdoors has never felt more valuable. Whether we’re passing the time in public spaces or our backyards, we can keep ourselves safer by doing our part to  prevent Lyme disease. But first, people need to become more aware of it. Most people who have not been affected by Lyme disease don’t necessarily care about preventing it because they haven’t experienced its wrath. So how can we combat this problem?

Earlier this year, GLA was contacted by the ad agency Intouch Group. They had heard about our organization through the radio commercials that we were running on WFAN and radio.com. Nicholas Capanear, SVP, and Executive Craft Director, said, “We are Intouch Group, and being a health and wellness agency, we feel it’s important to give back toward the health and wellness of our community. Every year we select a few non-profit organizations and offer them our services at no cost to help them elevate their message. Global Lyme Alliance is one of many causes we have been proud to partner with."

GLA and Intouch group worked together to create an ad campaign that would bring awareness to the unknown facts about Lyme disease. First, we wanted people to know that you can get Lyme disease in the city, second, ticks can be active year-round when temperatures are above freezing, and third, Lyme disease can bring lasting devastation, particularly to underserved communities that are unaware of the disease.

Why? Recent studies have shown that ticks are expanding beyond rural areas – and invading our major cities. Underserved populations, including African Americans who contract Lyme, are more undiagnosed than other groups.

We felt it was important to arm urban populations with the knowledge and tools to fight back against Lyme disease. Awareness is the first step in prevention, and we want people to know that Lyme disease is here, in your city, and it’s a much bigger problem than you think.

“If the advertising makes you a little uncomfortable, that’s a good thing. That means it’s breaking through.”

Creative advertising has the power to motivate us, inspire us, and make us curious. What came out of this work was very artistic, creative, and a little scary. But Nicholas told me, “If the advertising makes you a little uncomfortable, that’s a good thing. That means it’s breaking through.”

An original ad brings together rare or surprising elements that move away from the obvious and commonplace. This piece does just that: 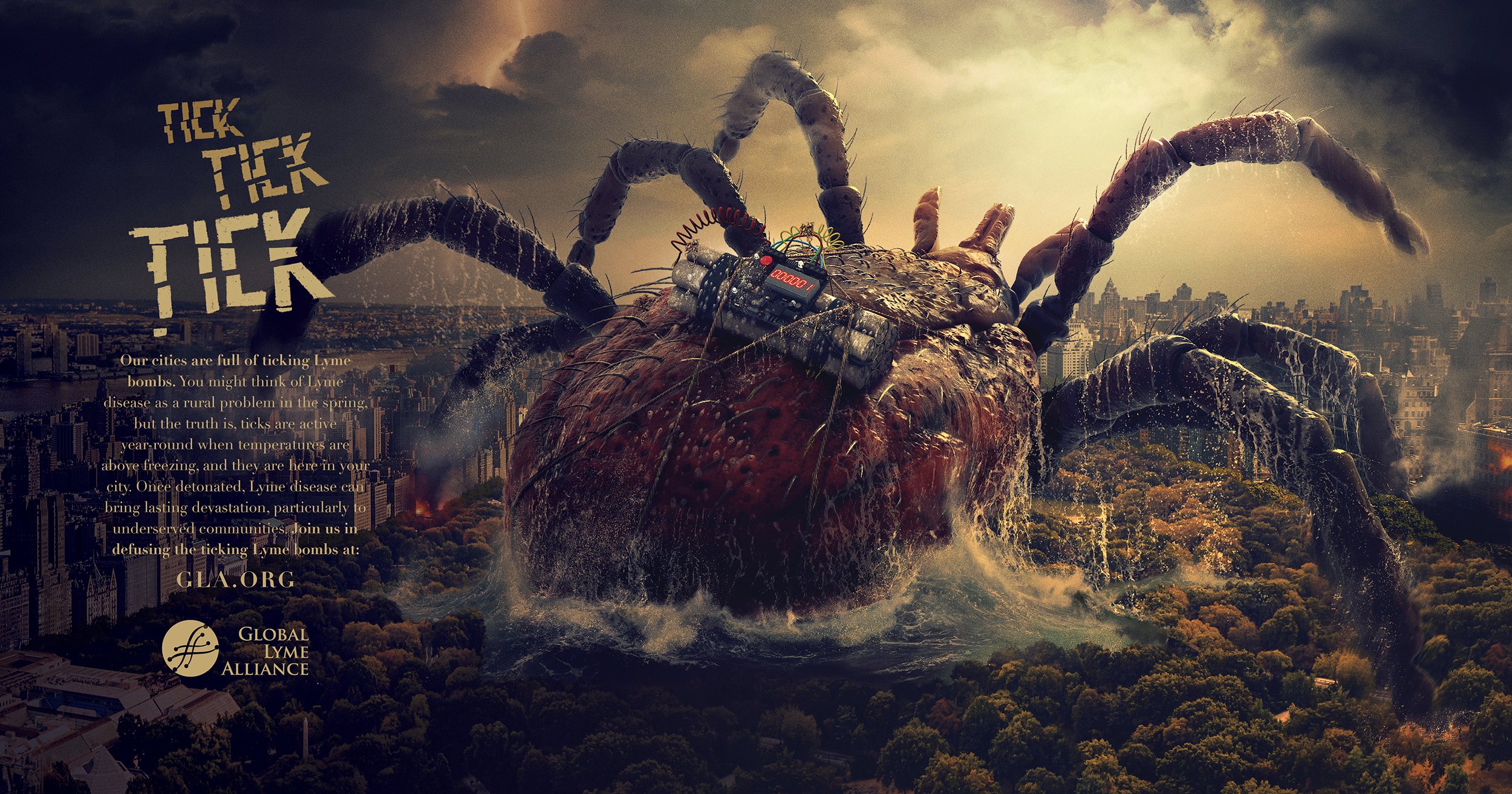 Ad copy above states: "Tick Tick Tick. Our cities are full of ticking Lyme bombs. You might think of Lyme disease as a rural problem in the spring, but the truth is, ticks are active year-round when temperatures are above freezing, and they are here in your city. Once detonated, Lyme disease can bring lasting devastation, particularly to underserved communities. Join us in defusing the ticking Lyme bombs at: GLA.org

The giant tick artwork was custom made in collaboration with famed digital artist Ricardo Salamanca of Salamagica Art Production. Nicholas said, "we wanted to capture what it might look like if a giant tick were attacking Central Park. The scale of the park is so large in the context of Manhattan, it was the perfect backdrop for the giant tick. And of course, with Central Park being NYC’s largest park, it made sense being a place where ticks may hide or emerge from. The imagery is meant to be urgent and attention-getting."

As for the ad placements, we decided to utilize the theme and place It in areas that matched the messaging. We put the ads in a variety of locations: at Subway entrances in NYC right outside Central Park, and in train stations going into NYC from Westchester County, Long Island, Connecticut, and at Harlem 125th St. The ads ran for a month this fall, during a time when many might not be thinking about Lyme disease, which was part of the overall messaging. 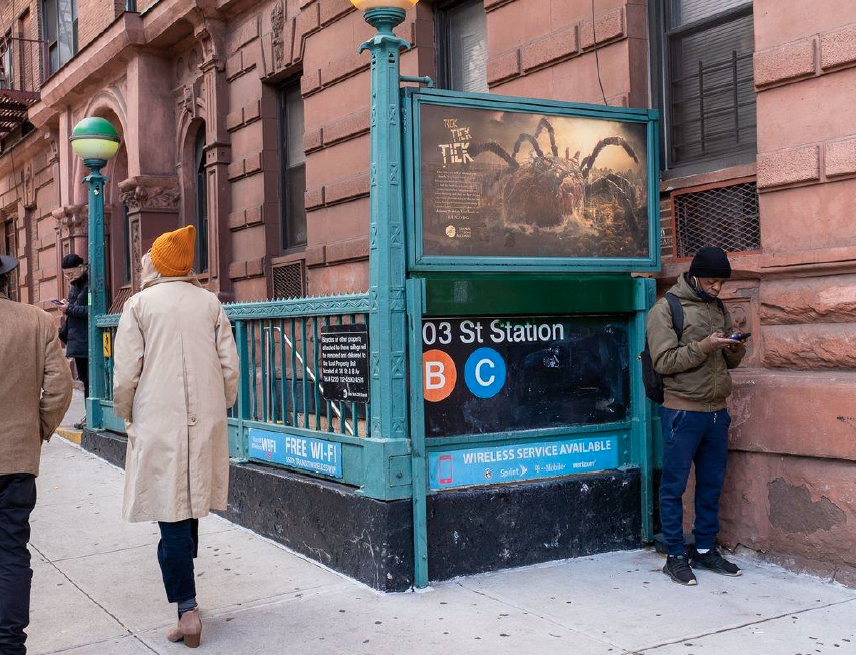 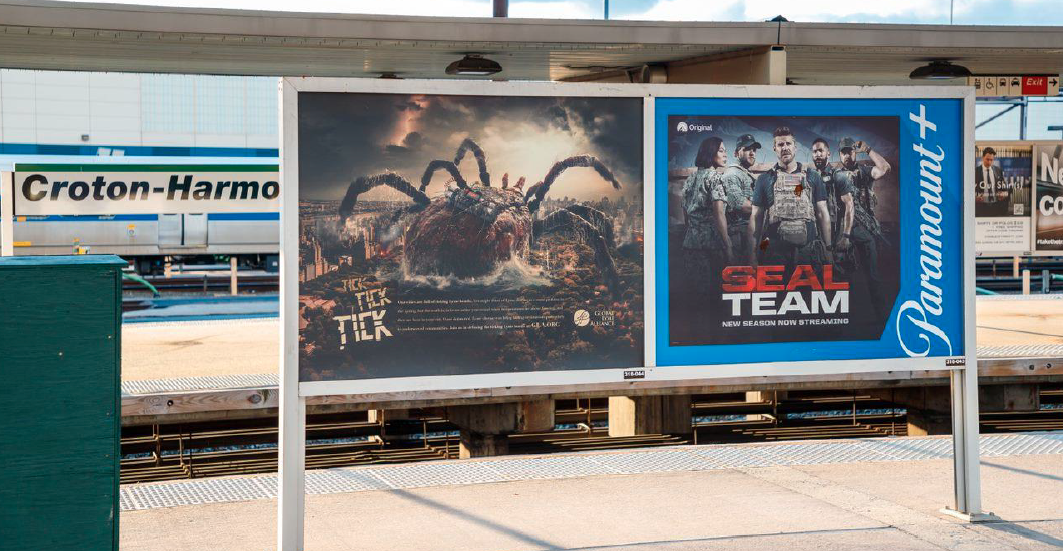 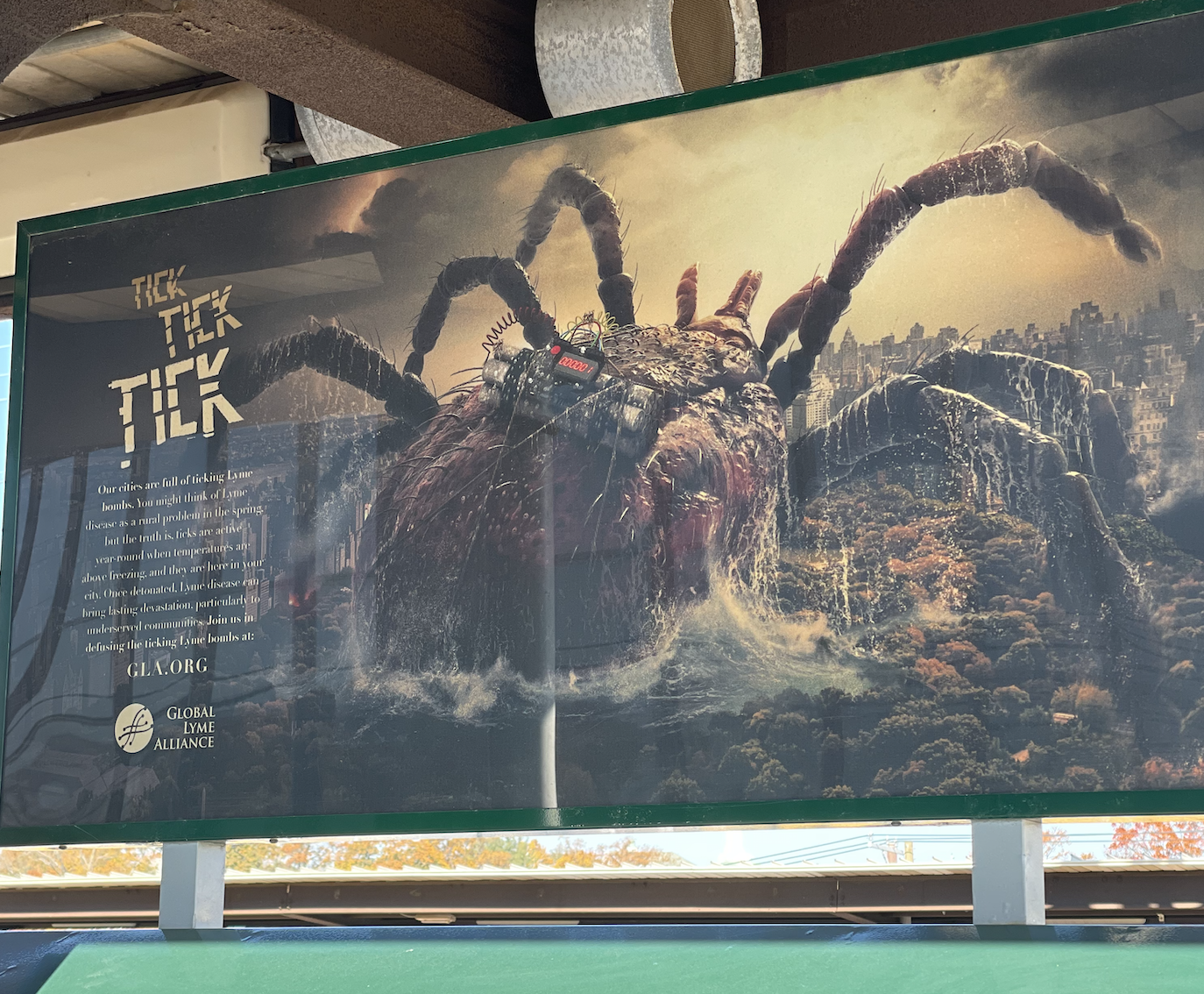 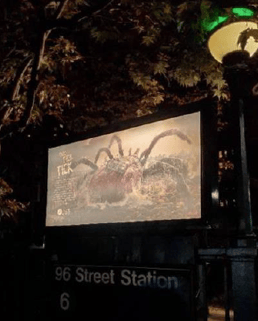 The outdoor tick work will appear in most major advertising award shows in 2022, focusing on health and wellness categories as Lyme remains to many as a “rare disease." Show entry will include: The One Show, Clios, D&AD, Cannes, to name a few.

“You want people to point it out and talk about it. Maybe if you’re really lucky, steal it," said Nicholas.

We are grateful to Intouch Group for lending their expertise and creativity to our cause, and we hope that all of you will join us in defusing the ticking Lyme bombs at GLA.org.