GLA Letter to Assistant Secretary of Health Re: TBDWG 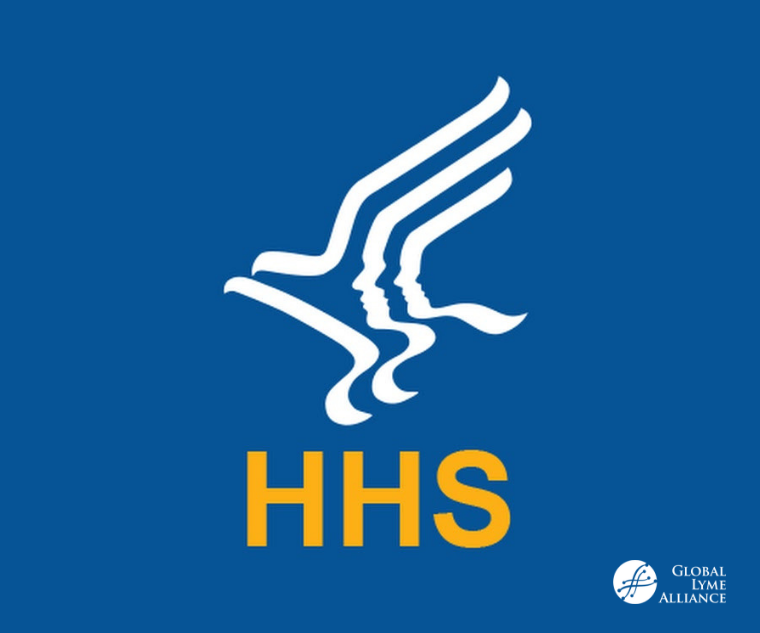 Below is text from the letter sent to the Assistant Secretary of Health at the U.S. Department of Health and Human Services regarding changes to the 2019 Tick-Borne Disease Working Group, by GLA Chairman of the Board Robert Kobre

I am writing on behalf of the Global Lyme Alliance (GLA), where I serve as Chairman. GLA is the largest full service 501c3 organization dedicated to finding effective treatments and reliable diagnostics for Lyme disease. Our rigorous research program has yielded more published studies in peer reviewed journals than any organization focused on Lyme (such as the definition of “Post Treatment Lyme Disease” & the widely accepted belief that 10-20% of patients continue to suffer from Lyme symptomatology after early antibiotic treatment). Further, our strong and open minded scientific approach which is backed by a world class Scientific Advisory Board has spawned many of the most promising areas of Lyme disease etiology, drug discovery and direct and indirect diagnostic pathways.

We want to thank the hard working members of the U.S. Department of Health & Human Services (“HHS”) who helped put together the original 2017 Tick-Borne Disease Working Group (TBDWG) and getting the various parties to work together to drive toward consensus recommendations.

GLA was especially pleased that one key conclusion of the TBDWG reinforced the previous year’s published findings of the GLA sponsored Banbury group (which included over 40 top scientists on both sides of the Lyme debate, and members of the CDC, NIH and FDA) – that the widely used two tier antibody test lacked the necessary sensitivity to be a useful tool for diagnosis and more current direct and indirect approaches were urgently needed. Without being able to identify who has Lyme disease and who does not, the debate about Post Treatment Lyme Disease and Chronic Lyme disease will continue.

We also wanted to voice a few concerns about the current 2019 version of the TBDWG. GLA was hoping that the newly constituted TBDWG would build upon the scientific road map and Lyme disease recommendations of the 2017 effort, which in turn would drive additional federal funding for Lyme disease research. Apparently the direction of the group has turned to Rickettsia, while also worthy of study, does not have the incidence rates associated with Lyme disease in the United States. To the extent the 2019 TBDWG focuses on Lyme disease, GLA would ask that the HHS and TBDWG leadership present a diverse set of views on long-term Lyme disease through the use of researchers and patient advocates at the committee and sub-committee levels.  If that is not possible, our strong recommendation would be to drop the Lyme arm of the 2019 efforts because having only one researcher who believes Lyme disease is a simple bacterial form and easy to treat, without having a balance of scientific experience on the committees, will undoubtedly lead to conclusions that are inconsistent with the findings of the previous TBDWG and can harm the advancement of Borrelia burgdorferi research. GLA’s DNA is disciplined scientific research. Over a decade of receiving grant proposals makes us acutely aware of the diversity of thought and proven science around this fast spreading, devastating disease and therefore having a single viewpoint on the TBDWG is both dangerous and short sighted.

GLA supports the efforts of other Lyme organizations, such as LymeDisease.org, who have voiced their concerns about the selection process, members, transparency, testimonial access, gender inequality and focus of the new committee. GLA understands that the composition of the TBDWG and its committee structure is not transparent by regulatory design, with mandatory short notice given to participants. However, we strongly encourage the leadership at HHS and TBDWG to improve transparency on selection and make the necessary adjustments to move us forward on the Lyme learning curve. With 425,000 new cases per year and over 2 million PTLDS patients and more who never received early antibiotic treatment who are suffering medically, emotionally and economically, we assume that you, like we, want to help accurately diagnose patients and cure those with acute and long-term Lyme disease as quickly as possible.

Thank you for your time and consideration.