4 Lyme Bloggers Speak Out About Living with Lyme Disease

A doctor recently told me, “I don’t believe you have Lyme.”

It’s not the first time I’ve heard it and it probably won’t be the last. I was diagnosed with Lyme after ten years of being undiagnosed and misdiagnosed. I didn’t believe it either at first. It took two positive test results, a specialist’s reassurance, and hours of internet research to finally become convinced. Each time a new doctor questions me, I doubt myself all over again.

What’s it like to have an illness no one believes in? The experience is different for everyone and we are all at different stages in our illnesses. It’s still early in my experience, so I asked four other Lyme bloggers to weigh in.

Christina Kovacs of the blog Lady of Lyme says, “I believe that the ‘experts’ who spread the lie of chronic Lyme not being ‘real’ do know better, but choose to turn a blind eye.” Yet even after five years of living with this diagnosis, she still believes there is hope. 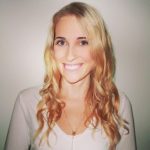 “In early 2017 it is much more difficult to deny the existence of Lyme. Borrelia spirochetes have been found in brain tissue during post-mortem autopsies, and even fetal tissue of miscarried babies. The voices are growing, and the science is growing, which gives validity to the pain of every patient. On top of that, we have amazing senators and representatives, who along with patient advocates have passed laws to further advance Lyme disease treatment guidelines.

“But overall, when I am confronted with a non-believer (be it a Doctor, a nurse, or a layman), I find it only fuels me. That doubt just lights a fire under me to fight harder to enact change. I feel very lucky that celebrities have lent their voices to Lyme disease awareness, because it shines a broad light of legitimacy on the cause.”

Kami Lingren writes the Living Grace blog and she believes even when we are faced with adversity from the medical system it is important to be your own best advocate. 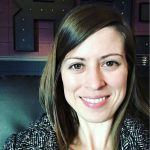 “Living with a disease that is misunderstood, even disbelieved, can be heavy. It takes strength to repeatedly stand up for yourself in conversations with doctors who belittle, laugh (yes, literally), and minimize your symptoms and diagnoses—all for the simple fact that they cannot see or understand what’s happening in your body. I now struggle to view hospitals or doctor’s offices as safe zones, because they usually produce more pain than help. It won’t matter how excruciating my pain is, how many symptoms are overwhelming my body, or how very real my struggle to breathe is. The response is consistently ‘you’re fine.’ One thing’s for certain, though: you learn to rise up and take care of your own health and to find doctors who will listen to you and understand your illness. Because we’ve also learned this: that life and time are too precious to wait complacently.”

Lyme warrior and blogger Victoria Faling touches on one of the biggest issues for Lyme patients— the fear of family, friends, and doctors thinking we are making it all up. 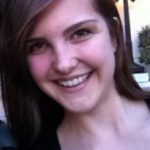 “The hardest part about having an illness that no one believes in is that people think you are exaggerating or acting a certain way to get attention. People you love and trust start to question you (whether it’s outright or in their own minds), which makes you trust and love them just a little less. It makes you not want to share with anyone and close yourself off, so you can just deal with your health in the safety of your locked room. The hardest part is trying to act as normal and healthy as possible around others as to not make them feel uncomfortable, which only makes you feel worse because the acting takes so much energy. Having an illness that no one believes in makes you want to scream from the tallest mountain, ‘Believe me! I’m sick! The pain is real!’ It makes you wish everyone around you had to deal with your symptoms for just one hour so that they can understand. But you can’t do those things and that’s hard to bottle up and contain. The hardest part is how incredibly angry and sad you feel; lonelier than you ever thought possible.”

With all the emotional pain, Victoria believes there is a silver lining, “But it also makes you realize who truly loves you no matter what, no matter if you actually are crazy, because they stick around through it all, listen to every complaint you have, and hug you whenever you need it, even if you don’t want it.”

Many Lyme patients would agree with April Moor of the blog Fitness Nutrition and Moor. 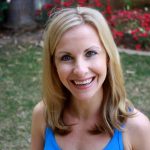 “There are many obstacles and struggles when you are a person suffering from Lyme disease. One of the largest is that you have an illness that not many people actually believe in.”

She compares the difference between living with Lyme and living with other diseases that are more well-known. “There would be walks completed in your honor, scientists would spend endless hours researching a treatment, insurance would cover your doctor visits and medications, and people would ask how you are feeling for the entirety of your illness. With Lyme, there seems to be a limitation to how much people care. Because we don’t often look sick, people don’t ask how you are feeling, they don’t understand why you are always tired, and how about those harsh diets that we are on, they definitely don’t support that. Lyme disease is a lonely and helpless journey that only fellow ‘Lymies’ understand.”

After a year of following and communicating with Lyme patients like these bloggers, I can’t believe anyone would deny their pain, suffering, and resilience. Because of the willingness of these four women to share their stories, I’m finally learning to trust myself and my team. The doubts are getting softer and my voice is getting louder.

Keep speaking up for yourself, keep speaking out. Lyme is real and you deserve to be heard. 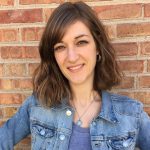