In a recently published study, the authors* estimate the cumulative number of post-treatment Lyme disease (PTLD) cases in the United States in both 2016 and 2020. This is important because it represents the first time that researchers have attempted to estimate a downstream effect of infection with Borrelia burgdorferi; the number of people living with PTLD. Their results suggest that the predicted prevalence of PTLD by the year 2020 could be as high as 1,944,189, depending on the assumptions used.

The magnitude of this result points out the major public health impact of the unchecked tick-borne disease epidemic.

It has long been challenging for researchers to estimate the number of new cases of Lyme disease, let alone the rate of PTLD. A number of assumptions and estimations need to be made to generate a mathematical model with as much accuracy as possible. Therefore, the underlying assumptions used in this paper are extremely important, as they directly determine the results. This is illustrated by the wide range of predicted cases for 2020; estimated cases range from 81,509 to 1,944,189 cases, over a 20-fold difference. The first key assumption needed to create the model is the number of new cases of Lyme disease each year (i.e. the incidence). Data reported to the CDC on the yearly incidence of Lyme disease are widely assumed to be under-reported due to passive surveillance methods. Estimates derived from laboratory testing and health claims records all point to an annual incidence in the hundreds of thousands of cases a year. Furthermore, it is difficult to precisely estimate how this rate may change over time due to a range of factors such as climate change, seasonal variation, expansion of the tick vector, and/or increased public awareness of the disease. The authors included three different scenarios to account for this variability.

A more difficult assumption to pinpoint mathematically for inclusion into the model is the rate used for estimating the percentage of patients who develop chronic illness after receiving standard antibiotic treatment, partial treatment, or no intentional antibiotic treatment of Lyme disease. In prospective studies of both early Lyme disease and late Lyme arthritis the percentage of patients who experience ongoing symptoms after antibiotic therapy is approximately 10%. The 10% rate in these studies among ideally diagnosed and treated patients may underestimate the rates found in the community practice of medicine, where delayed diagnosis and imperfect and delayed treatment may be more common. The rate may also be higher in early disseminated Lyme disease with neurologic involvement, which has not been studied extensively in North America, and thus may be under-represented in estimates of PTLD. The authors incorporated two different PTLD rates (10% and 20%) to account for the uncertainty in this estimation.

There are additional assumptions that may have been important to add to the model. First, this study does not account for patients who recover from PTLD over time and no longer suffer from the disease. In the current model, survival and death rates, but not recovery, are accounted for as long-term events. Second, there is no attempt to include different PTLD risk percentages for children who, some have suggested, may have a lower rate of PTLD compared to adults. The absence of these different rates in the model may lead to an over estimation of the number of cases of PTLD.

These limitations should not detract from the importance and relevance of this novel research. The fact that the number of cases of chronic illness related to Lyme disease, as estimated by published rates of PTLD, is so high is extremely important.

These numbers are on par with other important public health threats such as HIV. When combined with the recognized severity of PTLD for patients, the impact is even more significant.

Another important result of this study is the estimated future age distribution of PTLD cases. As the US population ages, the impact of PTLD on older Americans with other co-existing, chronic, conditions may become an important, unrecognized, public health issue. It is unknown how PTLD may interact with or alter the progression of common conditions such as dementia. It will be extremely difficult to tease out the role of prior Lyme disease as a cause or an aggravating factor without molecular markers of central nervous system infection and/or ongoing inflammation in the setting of PTLD.

In conclusion, this study is extremely relevant in understanding the important public health significance of chronic illness related to Lyme disease.

The methodologies used and the magnitude of the findings should inform future epidemiologic studies of disease risk and population-level impact. As research in Lyme and other tick-borne diseases advances and more exact estimates of the model assumptions used in this paper are generated, it will be important for future studies to revisit these calculations, as well as strive to estimate the long-term impact of other tick-borne diseases, including Babesia microti and Borrelia miyamotoi. Finally, this paper should serve as another wake up call to leaders in the public health, medicine, and policy arenas regarding the impact of the expanding tick-borne disease epidemic. 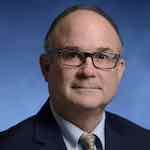 Dr. Aucott is a GLA research grantee, and co-director of the landmark Study of Lyme Immunological and Clinical Events (SLICE) Study that has defined many parameters of acute and long-term Lyme disease.

GLA Note: About the term “PTLD”: The term post-treatment Lyme disease syndrome (PTLDS) refers specifically to the 10-20% of patients who were diagnosed and treated at the acute stage of their Lyme infection, yet continue to remain sick and symptomatic. Using this term is not intended to exclude anyone suffering from long-term or persistent infection. In context for this research project, it’s critical to start with a well-defined group, such as PTLDS, for study validation purposes. Due to the inaccuracies in Lyme diagnostic testing, at all stages of the disease, it’s nearly impossible to determine the entire population at this point in time. We fully acknowledge that there are more Lyme sufferers outside of the “PTLDS” category, and it’s our goal to find the answers that will help all these patients. The positive outcome of this study is that we now have a starting point to share with the medical and general communities about the substantial number of people who are suffering in the U.S. as a result of Lyme disease.