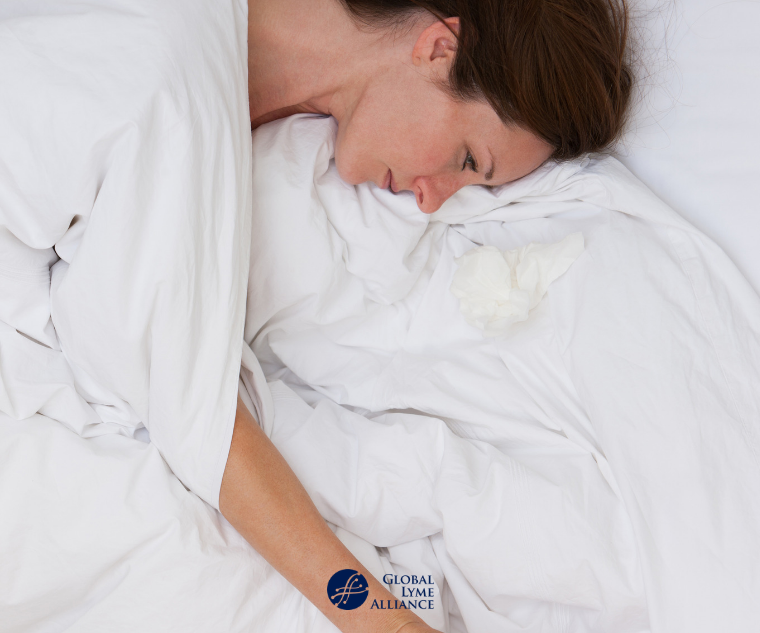 Please don’t give in to denial and fear. If you think you might have a tick-borne disease and have been avoiding going to an LLMD, or if you have been diagnosed with one or more tick-borne illnesses and have yet to seek treatment— please rethink these decisions.

I once spoke with an acquaintance who had struggled with the standard Lyme disease symptoms—fatigue, joint aches, neuropathy—for many years. She’d been to many infectious disease specialists, rheumatologists, endocrinologists and neurologists, and no one could figure out what was wrong. I asked if she’d ever been tested for Lyme disease. She shook her head and said, “Aren’t the tests unreliable anyway?”

“Yes,” I said, “the standard tests are only 50 percent reliable. But a Lyme Literate Medical Doctor (LLMD) can do more specialized tests and make a clinical diagnosis; that is, one not based solely on standard tests alone. It would be worth a visit just to see if your symptoms might come from from tick-borne disease.”The woman shook her head.

“Nah, I don’t want to have Lyme,” she said. “I don’t want to go through everything you did and have such extensive treatment.” This denial was because she knew I’d been bedridden for several years, and that it had taken a year of intravenous antibiotics to get me into remission. She also knew that while I had regained much of my health, I still had some limitations, because my three tick-borne co-infections (Lyme, babesia and ehrlichia) were chronic.

Aghast, I gaped at her. This woman was acting as if she could pick and choose which disease she’d prefer to be diagnosed with, the same way you might walk into a grocery store and say, “I don’t really feel like making asparagus—too much preparation. I’ll have carrots instead.” Alas, patients with the misfortune to have contracted  tick-borne disease don’t have that type of freedom.

In the same way a patient with cancer can’t decide they’d rather have shingles. Such irrational thinking really isn’t thinking at all. No one wants to go through intense treatment, but we do it with the hope of getting better. We do it because the alternative is denial, which will make us sicker. If this woman had Lyme and didn’t get a proper diagnosis and treatment, her symptoms were only going to get much, much worse. Pushing a problem under a rug doesn’t make it go away. It just creates a larger problem that still must eventually be addressed.

Now, one could argue that a Lyme diagnosis is less definitive than a cancer diagnosis, because of the faulty testing. But testing is getting more and more specialized, and a good LLMD can make an expert assessment as to whether or not someone is suffering from tick-borne disease. In my case, my clinical diagnosis was corroborated by CDC-positive testing for all three of my illnesses. I was unequivocally infected with Lyme, babesia, and ehrlichia.

Much to my disbelief, I had heard other patients with equally unequivocal diagnoses denounce their diagnosis because they didn’t want to deal with having such a serious disease. I know one fellow who tested positive for Lyme and said, “I don’t want to take such strong medication or make all the lifestyle changes you’ve had to make.” So that person continued to see a Lyme-illiterate doctor who gave him the answer he wanted to hear—the wrong ones. Yes, this doctor said the man’s symptoms could be from something other than Lyme. But the doctor has yet to figure out what that “something else” is. In the meantime my friend is twisting in the wind, uninformed and suffering. His symptoms of joint pain and headaches have only gotten worse, because his tick-borne infections continue to go untreated.

I did choose to confront my health issues head-on. I did choose to push beyond my original diagnosis of chronic Epstein Barr virus, because I knew something else was also going on. The key word here is “also”. I did have Epstein-Barr. But I also had three tick-borne diseases, and if I hadn’t found a doctor to accurately diagnose and treat them, I’d still be suffering terribly.

Please don’t give in to denial and fear. If you think you might have a tick-borne disease and have been avoiding going to an LLMD, or if you have been diagnosed with one or more tick-borne illnesses and have yet to seek treatment— please rethink these decisions. The only way you will ever get better is to acknowledge the truth of what’s going on in your body, and do something about it. I’m sure glad I did!