Are Mold and Mycotoxins Compromising Your Recovery? 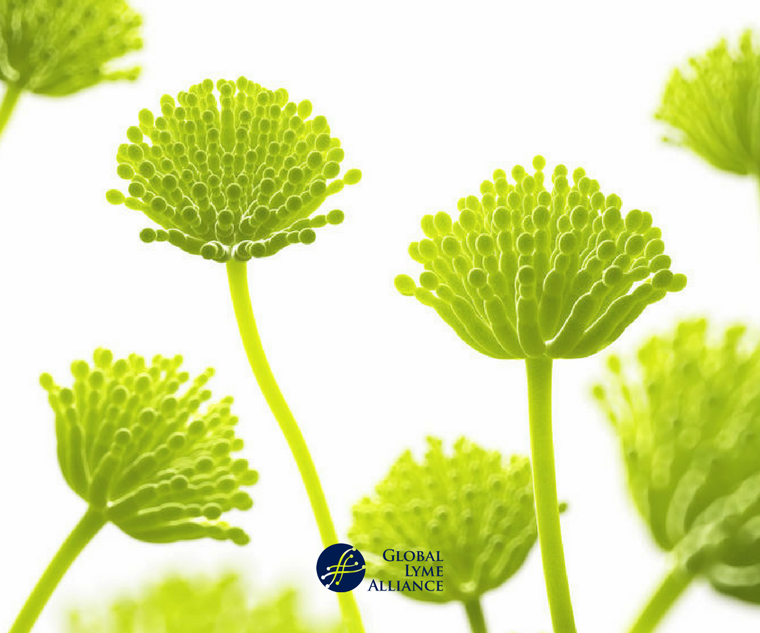 When I was in elementary school, I developed a barking cough every spring. Loud, disruptive and persistent, the cough drew annoyed looks from teachers and students alike. Hearing me coming down the hall, the school nurse would call out, “Drink water!” But a few sips of water were not the solution to this cough because its cause went much deeper than a simple tickle in my throat. After a visit to an allergist, I learned that I was allergic to a number of seasonal and environmental irritants, including pollen (hayfever), fresh cut grass, dust mites, and mold.

I was given two inhalers, and the cough subsided. Besides some lesser springtime sneezing, I didn’t think much of my allergies after that. I forgot about the mold allergy entirely until I was in my early twenties when the ceiling of the schoolroom in the building where I taught started to leak. Shortly after, the teacher in that room came down with fatigue, migraines and sinus issues. The leaky ceiling had caused mold, which in turn caused my colleague to get sick.

I felt lucky not to be in that classroom. It didn’t occur to me that my room could also have mold spores, and that perhaps a lot of places where I’d worked or lived had also been infested with mold, which tends to hide in unseen areas like behind ceiling panels and in basements. Like Lyme disease, mold can quietly cause damage and create a litany of health problems. Also like Lyme, mold toxins can cause systemic inflammation.

For Lyme patients and others with compromised immune systems, mold, mycotoxins and heavy metals can seriously impact recovery. In his talk titled “Mycotoxins and Chronic Illness: New Insights: The Role of Gliotoxin, the Immune System and Chronic Infections” at the 2017 Boston ILADS Conference, Infectious Disease Specialist Joseph Brewer (of Kansas City, Missouri) said that greater than 95% of chronic illness patients test positive for mycotoxins, and at least 90% recall prior exposure to mold. Symptoms can show up immediately or years later. Due to inhalation exposure, most of these molds live in our nasal cavities, causing infection of the sinuses and lungs. Mold and mycotoxin exposure, as well as exposure to heavy metals such as lead, might directly cause illness, or might suppress the immune system just enough so that a patient can’t fight off acute infection. Dr. Brewer studied two patients with mononucleosis who never got better, and found black mold in their houses.

Throughout my battle with Lyme, I suffered constant sinus infections, ear infections, and bronchitis. I wonder, now, if mold and mycotoxins also played a role. They could have been culprits of these infections, or perhaps they weakened my immune system, making it difficult for me to fight off Lyme, Babesia, Ehrlichia, mono and other acute infections.

Though it took a long time, treatment for tick-borne illness did finally work for me. Other people, though, don’t respond to treatment. They may wish to consider whether mold and mycotoxin exposure is perhaps getting in the way of their recovery. As Dr. Richard Horowitz writes in his book Why Can’t I Get Better? Solving the Mystery of Lyme & Chronic Disease, “Some patients, whether due to their genetics, their total load of these toxins, or their inability to properly detoxify, become ill when the load of toxic substances reaches a certain level.” They might experience symptoms such as “fatigue, fibromyalgia, joint pain, paresthesias, cognitive dysfunction, anxiety, depression, loss of balance and/or incoordination, abdominal complaints, urinary symptoms, visual symptoms, auditory symptoms, changes in weight, increased susceptibility to infection and cardiac symptoms.”

So how does a patient determine if they’ve been exposed to mold or toxins? If they have, what do they do about it? It’s really important to talk to your Lyme Literate Medical Doctor (LLMD) about testing for mold, mycotoxins and heavy metal exposure. Your doctor may recommend intranasal anti-fungal therapy. I use a nasal spray every other day which keeps my allergy symptoms at bay and helps stave off sinus and other infections. A cool mist humidifier during these cold months also helps, but you have to be very careful about cleaning it, or, ironically, it will grow mold!

While most mold lives in our nasal cavities, D.O. Thomas Moorcroft (of Origins of Health in Connecticut) said in his ILADS talk, “The Glymphatic System and its Role in Brain Detoxification,” that 70% of brain detox and drainage comes out of the nasal cavity. To be sure, brain detox is a huge part of recovery from neurological Lyme; once the bacteria has crossed the blood-brain barrier, it causes inflammation and build-up of both live and dead toxins in our craniums. Dr. Moorcroft talked about the importance of glymphatic drainage, also known as deep cervical lymphatic drainage. My integrative manual therapist often uses light pressure of his hands to open up drainage from my brain to my neck. There are also more traditional detox methods, including diets and supplements. Talk to your doctor about what might be best for you, and remember that those big culprits can live in dark, unseen places.