One Family’s Motivation to Raise Awareness About Lyme Disease

Kathie Gottlieb has always loved the outdoors and spent as much time as possible hiking, gardening and riding horses near her New York State home.

So when she started feeling tired and not her usual active, energetic self, she knew something was terribly wrong. She went to numerous doctors searching for answers but, invariably, she was declared “fine” or “stressed” and given an antidepressant since she was “a woman of a certain age,” as she recalls.

When she started feeling tired & not her usual, active, energetic self, she knew something was terribly wrong. 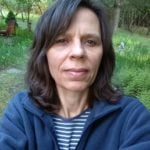 In 2010, after three and a half years of suffering, she was finally diagnosed with Lyme disease. By then she was experiencing fatigue and weakness so pervasive that she was bedridden and had to resign from her job as a language teacher. In the years since she has been able to return to work, but only one and half years before symptoms forced her departure again. (Kathlie Gottlieb, pictured left)

Today she lives with a host of debilitating problems—cognitive defects, significant sleep disruption, overwhelming fatigue, migrating muscle and joint pain, brain fog, tinnitus, neuropathy, digestive issues, plus light and sound sensitivity. As a result, Kathie is unable to attend most family gatherings or other social events—something that deeply pains her and her family.

Lyme really sucks…I’ll be the first to admit I didn’t know a lot about the long-term damage it could do before my mom was diagnosed. Now I hate to think that other people will go through what my mom has…

On July 23, Kathie’s three children & her son’s girlfriend will be supporting their mom and Global Lyme Alliance (GLA) by taking on the Tough Mudder Half Long Island Challenge to raise funds for Lyme and tick-borne disease research and education. The Tough Mudder event is a five-mile mud obstacle course challenge that will take place at Old Bethpage Restoration Village in Old Bethpage, NY. 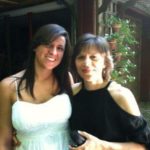 “Lyme really sucks,” says Kathie’s daughter, Victoria. “It’s not something to be dismissed as not dangerous to a person’s health. I’ll be the first to admit I didn’t know a lot about the long-term damage it could do before my mom was diagnosed. Now I hate to think that other people will go through what my mom has, along with the family members who are affected in their own way.” (pictured left, Victoria & Kathie Gottlieb) 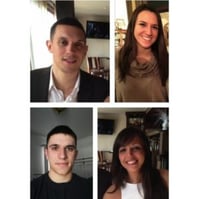 The Gottlieb family (Team Gottlieb) chose to partner with GLA, the leading nonprofit dedicated to conquering Lyme and tick-borne disease through research and education, because “we wanted to support an organization that understands what our family has dealt with for so long now,” said Victoria, “and to support a cause that hits so close to home.” (pictured right, Team Gottlieb: Nick, Victoria, Julian, and Nici)

Why GLA chose Tough Mudder as an official charity partner

While Tough Mudder challenges people for only a few hours, unlike the full-time suffering of tens of thousands of Lyme patients, we believe the symbolism is meaningful.

“We feel there’s a special connection between GLA and Tough Mudder because the mud obstacle course tests people to their limits, just as having Lyme tests sufferers to their limits,” said Scott Santarella, GLA’s CEO. “While Tough Mudder challenges people for only a few hours, unlike the full-time suffering of tens of thousands of Lyme patients, we believe the symbolism is meaningful.” 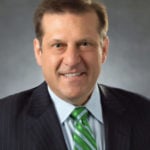 Santarella, who serves as Captain of Team GLA, said that individuals can bring awareness to the challenges of Lyme disease by participating in the event. “We also hope to raise significant funds to invest in innovative scientific research and results driven efforts for the benefits of Lyme disease patients and their families,” he said. Since 329,000 people are affected with Lyme disease annually, Team GLA hopes the July 23 event will raise $32,900 for Lyme disease research & initiatives. (Pictured left, Scott Santarella)

To learn more about GLA’s Tough Mudder event or how you can donate, click here.