The Pressure of Platitudes: Patients Are Only Human 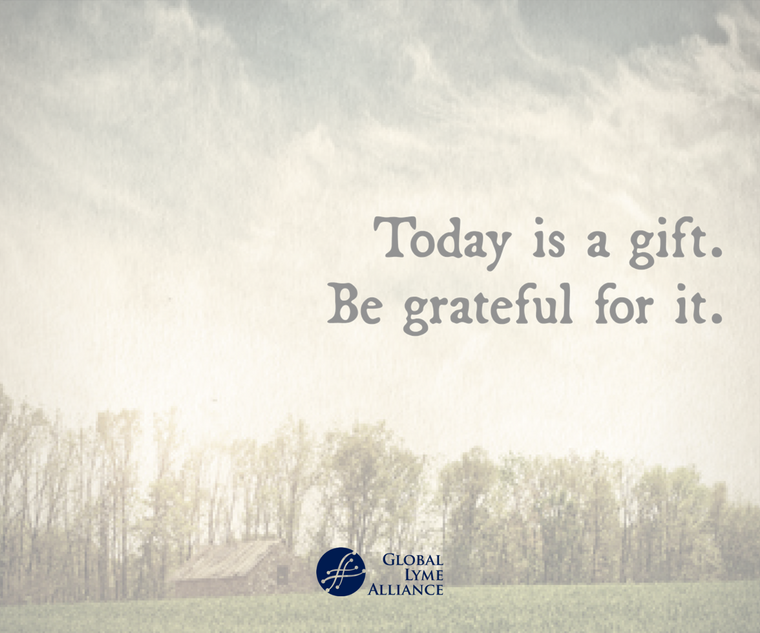 As I wrestled through the darkest years with Lyme disease and its co-infections, there were times when I had to be brave…Now that I am in remission, I try to offer inspiration to other patients through my writing, and I’m grateful to hear when I’ve succeeded.

One of my creative writing students, a cancer survivor, recently wrote about a time when she snapped at a fellow patient. This was while they were both receiving chemotherapy. A man sat down next to her and attempted to make small talk.

Just wanting to be alone, my weary student made a nasty comment, and he left.

You would think she wrote about this exchange years after it happened because she felt bad about whatever she had said. In fact, she wrote about the experience because it illustrates an important point that often can be missed: patients are only human.

Patients of any serious or chronic illness frequently hear, “You are so brave!” or “You’re such an inspiration!” These statements can be true, and can be nice to hear. As I wrestled through the darkest years with Lyme disease and its co-infections, there were times when I had to be brave: when I got my PICC line in, when I was fighting doctors and insurance companies who didn’t believe me, when I underwent emergency gallbladder surgery. Now that I am in remission, I try to offer inspiration to other patients through my writing, and I’m grateful to hear when I’ve succeeded.

No one can be all one thing all the time. Part of being human is being multi-dimensional. Therefore, blanket statements like “You are so brave!” and “You’re such an inspiration!” don’t capture the full patient experience. Especially when given without context—like when you say it to a cancer patient you’ve just met and know nothing about him or her. In this context such compliments seem disingenuous.

In her book Life Disrupted: Getting Real About Chronic Illness in Your Twenties and Thirties, Laurie Edwards writes, “I fear it’s too easy to lump together platitudes about those who are sick—that we are somehow stronger or better people for having endured pain or extreme obstacles; that because we’re sick, we’re martyrs and capable of serenely accepting challenges, setbacks and procedures without complaint.”[1]

Sometimes we are strong and serene and capable of enduring more than we ever imagined. But usually we withstand obstacles simply because we have no choice.

“Very often, illness doesn’t allow the luxury of courage; pragmatism and practicality dictate the extent of our fearlessness,” writes Edwards. “I take the medications whose side effects I hate because that’s all there is left to do. There is very little room for interpretation, inspiration, or intrepidness in these situations.” As a patient who Edwards interviewed put it, chronic illness makes us better sufferers, not better people.1

Platitudes can also put unintentional pressure on patients to live up to super-human expectations. They may think they have to put on a good face even when they feel awful, or that they have to be brave even when they are scared. Patients wrestle with how they “should” feel or look, especially when they hear that other well-intentioned but off-putting statement, “But you don’t look sick!”

Beyond negating how sick someone is feeling, such a  comment also makes them think they shouldn’t try to look their best when out in public so that people can see how sick they truly are. I can’t imagine the mixed messages model Bella Hadid must contend with, since it’s her job to look beautiful but also to show that she is suffering from Lyme.

So what is a healthy person to say to someone with a chronic illness? My first piece of advice is “ask, don’t tell.” Instead of telling the person what they are, ask them how they feel, both physically and emotionally. Are they feeling brave? Scared? Cranky? Let them know that they don’t have to put on an act for you.

Second, be honest with what you feel and see. If a patient has done something that you recognize to be brave or inspirational, by all means, let them know, but be specific. Say something like, “I think you were brave to look for a different doctor” or “That quote you posted about chronic illness really inspired me to better appreciate my good health.” This way, the patient knows your compliment is genuine. You’ll feel better giving it, and they’ll feel better receiving it.

Finally, remember that the best way to help someone is by empathy. Let your friend or family member know that instead of telling them what to do, how to feel, or what they are, you are simply there to listen and to be with them. Chronic illness strips patients of so much, but it brings to the forefront their humanness. Let the patient know that you, too, are only human, and that both of you walk that journey together.

[1] Edwards, Laurie. Life Disrupted: Getting Real About Chronic Illness in Your Twenties and Thirties. New York: Walker and Company, 2008 (41, 42)