Searching For Home When You’re Stuck in Lyme Land 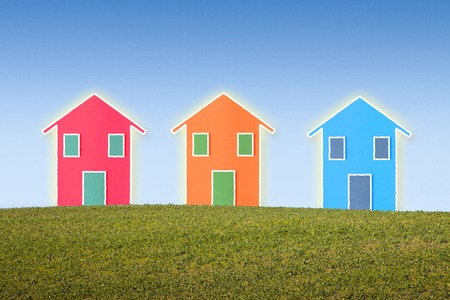 Where are you from? It’s a standard question, asked as casually as “How are you?” or “What do you do?” In today’s world, however, there isn’t always a standard answer.

I have friends who were born in one country, raised in another and now work in a third. My response—“I live in Boston, but I’m originally from Connecticut”—isn’t quite as cosmopolitan as those of my friends, but it still gives pause. It inevitably leads to the follow-up question, “So how did you get from there to here?” To that, there certainly isn’t a simple answer.

My journey from Connecticut to Massachusetts included stops in Washington, DC, Vermont, Paris, and Colorado, but the trajectory wasn’t as glamorous as it sounds. It also involved a long layover in Lyme land. Literally, that means I spent years recuperating in my childhood bed in Connecticut, the state in which Lyme was first discovered. I spent years there in what felt like an alternate universe—completely separate from the healthy, social, active life I’d once known.

In her book Illness as Metaphor, Susan Sontag wrote,

Lyme patients are cast suddenly and severely into that darker place. Banished by the mere bite of a tick, we are unwitting citizens of the land of illness, not wanting—and often unwilling—to claim it as home. Before I got sick, I saw home as my physical environment. As a skier, I often sought out mountain towns where I felt a connection to the land, the people, and their way of life. When tick-borne illness forced me to leave Colorado, the place I then called home—I felt displaced.

Too sick to care for themselves, many Lyme patients have to move “home”—often to their parents’ house, a place that is no longer home for most adults. Some move in with other relatives, or with friends. No matter where we land, most of us lose two homes in the process: the physical place where we once lived, and the healthy kingdom we once inhabited. And while we appreciate those who open their houses and care for us, the loss of the places and lives we called our own leaves us feeling stranded. Long-term illness is terribly lonely and isolating.

To survive Lyme, I had to turn my definition of home on its side. Feeling disconnected from my physical environment and life, generally I had to really think about myself as a voyager. What parts of myself did I bring with me, no matter where I went? What grounded me, no matter where I lived or what I could do? For me, the answer was my sense of humor, my tenacity, my faith and friends who extended bridges of  kindness.

I still rely on those things because even though I’m now in remission I’m often still in unchartered territory. Anyone who re-emerges from the kingdom of the sick finds themselves on uncertain ground. There’s a sense of reverse culture shock as we try to get back to work, to activities, to social lives. We can’t always trust how people will respond to us, especially regarding Lyme. Will the person I’m meeting be Lyme literate? Will she or he understand the kingdom from which I’ve come from?

I didn’t expect my journey to take such a sharp detour. My life hasn’t wound up where I expected it to be. But Lyme did lead me to discover a lot about myself. Most importantly, it led me to writing. I’d wanted to be a writer since I was a child, but it was a forgotten dream during my active, healthy days; I was too busy with other pursuits. Now writing is my pursuit. It grounds me more than anything else. So in a way, Lyme has actually led me home.