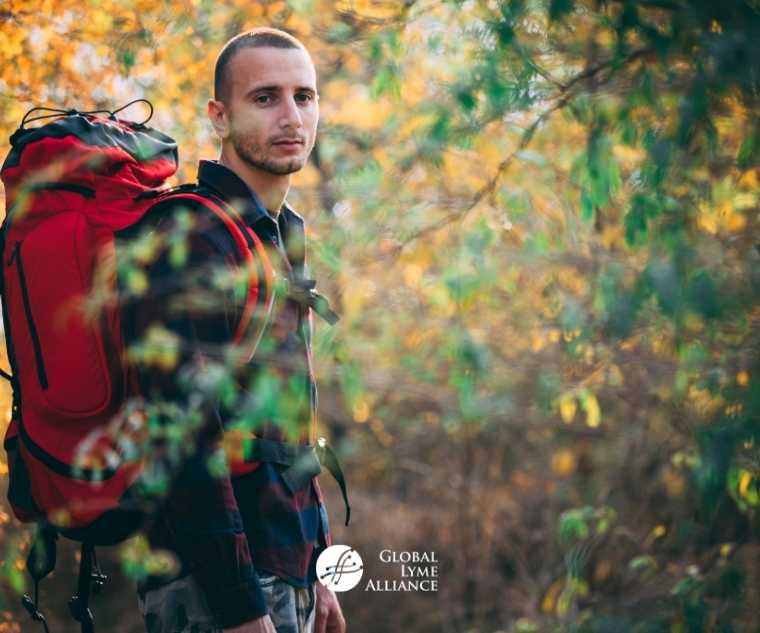 Lyme disease had been masquerading as a litany of other health issues for years, until Slater Lawrence finally got wise in time to take back control.

Seemingly overnight, I had lost my balance and motor skills. Sensory processing became increasingly pronounced, where I could not recognize familiar faces, follow television narratives,or even identify known scents. I would suddenly become violently sick from eating any sugar. I could not focus. I became sensitive to light and sound, and my inability to retrieve words and form basic sentences was increasingly pronounced and disconcerting. After being misdiagnosed for years – from Multiple Sclerosis to Lou Gehrig’s Disease – a spinal tap revealed I had Lyme-induced encephalitis, or neuroborreliosis.

Lyme disease is one of the fastest-growing vector-borne infectious disease in the U.S., with an estimated 476,000 new cases each year, according to the Centers for Disease Control and Prevention (CDC). It is found in all 50 states, being most prevalent in the northeast – where it was first discovered – and has been spreading to the Great Lakes region with the warming climate. It has also been identified in 80 countries.

Lyme disease infects hosts with a spirochete bacterium called Borrelia burgdorferi and is transmitted by the blacklegged, or deer tick. Ticks travel on several hosts including deer, mice birds, and other small mammals. Contrary to popular belief, Lyme disease is not a seasonal concern, for ticks can live through the winter and have a three-year life span.

Following my Lyme diagnosis, I yearned for an answer to the long-coveted question: when was I infected? I fanatically combed through my medical records to no avail. I ultimately deemed my illness’ timeline corresponded with my time living on Nantucket, when I had the archetypal bulls-eye rash. Even though I did not develop more symptoms for months, one can present with no symptoms where, for example, 9-11% of New England’s population is asymptomatic.

As with syphilis in the 19th century, Lyme disease has been nicknamed the “great imitator” due to its vast ranging symptomatology, where its expressions in each individual can be vastly dissimilar and seemingly unassociated. While Lyme disease is commonly recognized for its physical symptoms, it can also cause mental and cognitive symptoms.

In addition to the foregoing neurologic symptoms, I had alarming “brain fog,” unparalleled confusion and memory loss that emulated dementia. Due to the inflammation predominantly in the left side of my brain, I had considerably reduced mobility on the right side of my body. Most vexing, however, was my arduous struggle to articulate and convey my thoughts.

Some quintessential physical symptoms others can experience include extreme fatigue, migrating joint pain and flu-like symptoms, while neurocognitive symptoms can range from concentration issues, slurred speech to facial paralysis. One emblematic characteristic, though, is the waxing and waning of symptoms.

What I didn’t know when I contracted Lyme disease years earlier was that diagnosing tick-borne illnesses are regrettably confounded by several variables.

I soon learned persistent, third-stage Lyme disease is a highly politicized disease that invokes an unflattering stigma. This is fundamentally due to the CDC and Infectious Disease Society of America (IDSA), the latter of whom writes the guidelines on treating Lyme, stipulating that Lyme disease is simply an autoimmune disease if symptoms persist following 28 days of oral antibiotics. Ties to insurance companies are rampant, while hopes for a vaccine hamper research for treatments and impedes federal funding.

Further frustrating matters, the textbook bulls-eye rash is only present with 50% of patients. Secondly, there are various species of Borrelia that can hinder accurate diagnoses, as commercial tests seldom detect more than two strains. In addition, Lyme is a “tissue tropic” disease; after the acute stages, it disseminates throughout the body, including organs, tissues and the brain, making it far more challenging to detect and eradicate. Lastly, biofilms – aggregated microorganisms with their slimy extracellular matrix – make it especially challenging for antibiotics to penetrate.

I found doctors ill-equipped to diagnose and treat severe cases of Lyme disease for not only the aforementioned reasons, but also due to the lack of training in medical school. In addition, many fear losing their medical licenses if they prescribe aggressive treatment due to politization that “chronic” Lyme disease is a construct. Moreover, treatment is often prescribed after a “CDC positive” two-tiered test, when the patient has a certain number of IgM and IgG antibodies. However, my weakened immune system could not generate an immune response, rendering standard Lyme tests futile.

This all notably retarded earnest discussions with my doctors, ultimately thwarting an accurate diagnosis for two years. I saw doctors from every specialty, where I was, quite deplorably, repeatedly dismissed as being depressed or that it was “all in my head.” This echoed in my psyche, where I became bewildered, at best, and overwhelmingly demoralized in my darkest days. In retrospect, I truly could not fathom the extraordinary disconnect between perceptions and the realities of Lyme disease.

While I know firsthand how difficult it is to grasp the profound effects of a small tick with Lyme disease, I cannot stress how essential it is to recognize the symptoms and how to prevent the disease from advancing.

Lyme disease stole my confidence due to consequential neurological deficits. It also took the one thing I cannot take back: time. Most importantly, however, Lyme has given me an invaluable attribute I will never lose and will always cherish: perspective. While the mental, cognitive, and professional ramifications can be devastating, tenacity, conviction and steadfastness can help to overcome Lyme disease. 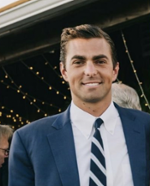 *Opinions expressed by contributors are their own. Slater Lawrence is an investor in New York, New York.