The Quiet Desperation of Chronic and Mental Illness 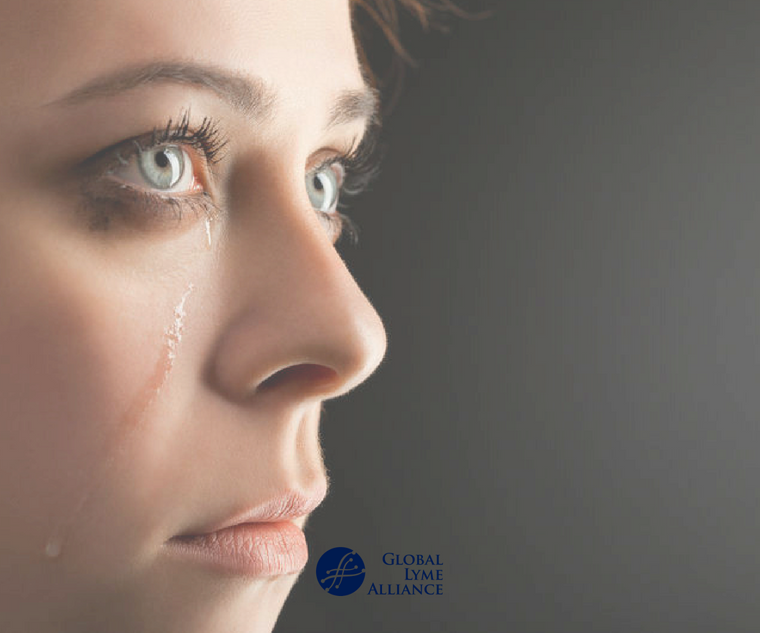 Like many of you, I’ve been shocked and saddened by the news of recent celebrity suicides. While none of these celebrities had Lyme disease, the quiet struggles that led them to end their lives remind me of the lonely, isolating, and often misunderstood battle that so many Lyme patients face. A battle that so many people face, really. Not just Lyme patients, not just patients of other chronic illnesses, but people whose lives may, on the outside, appear just fine.

Everyone—you, your parents, friends, et al— is wrestling with something. It’s not always obvious. In fact, you’d probably be shocked to learn what’s really going on in someone else’s life if you could pull back the veneer of their manners and social media presence. I see this constantly when I teach “Writing to Heal.” During these sessions, I have discovered that the popular lacrosse player is grieving the recent loss of his mother, and  learned about the woman who appears perfectly thin and perfectly made up and perfectly successful is in fact secretly drinking in an attempt to mute the demons of an abusive childhood. Over and over I am reminded that you can never really understand a person until you walk a mile in their shoes.

My students’ writing gives me a chance to step into their shoes, to peek behind the veil, so to speak. But for many people, opening up—whether through writing or speaking—is difficult if not impossible, especially when it comes to deeply personal subjects. People stay silent for any number of reasons: they might not be sure whom to talk to, or how to broach the subject; they may fear a stigma around mental illness; they may be afraid they’ll be perceived as weak, or that speaking up will impact their employment or their relationships. Some wrestle with immense shame and guilt. As Henry David Thoreau said, “Most men [and women] lead lives of quiet desperation.”

On the flip side, there are people who speak up but who aren’t heard, and that lack of personal validation can lead to severe desperation. Too many Lyme patients experience this. They are told their illness doesn’t really exist, or that their symptoms are all in their heads, or that they’re just lazy. These patients are sometimes shouting their needs to deaf ears of the people who are supposed to support them—their friends, family, even their doctors. When a patient feels they have nowhere to turn, or that no one understands, suicide may seem like their only viable option. According to a study by Dr. Robert Bransfield, of Rutgers-RWJ Medical School, over 1,200 of the 40,000 documented suicides each year are LAD (Lyme and Associated Diseases) related.[1]

Once Lyme and other tick borne diseases cross into one’s central nervous system, they can cause symptoms such as explosive anger, sudden mood swings, anxiety, depression, and sleep disturbances. Dr. Bransfield notes that psychiatric manifestations of LAD can lead to “a higher level of risk to self and others.” The study concludes by stating that “LAD contributes to suicidality, and sometimes homicidality, in individuals who were not suicidal before infection.”

Be patient. Be kind. Be supportive. And most importantly, believe.