Tribute to The Men of Lyme 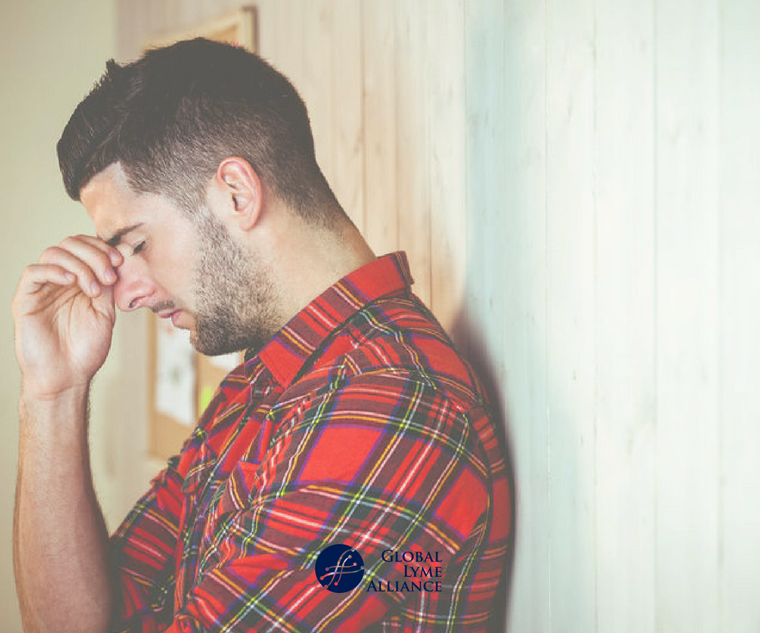 In my blog post “Gender and Lyme: Is Tick-Borne Disease Different for Women?”, I cited a study by John Aucott, M.D., of Johns Hopkins University which found that more men than women test positive for Lyme. Men are more likely to have their clinical diagnoses of tick-borne illness confirmed by lab tests, even though the tests themselves are faulty, and are also more likely to have their symptoms validated, because women’s medical complaints are dismissed more frequently than men’s.

Male Lyme patients may have it easier in terms of diagnosis, but they also have particular struggles that can be overlooked. Moreover, male caretakers of Lyme patients don’t always get the credit they deserve. As Father’s Day approaches and we celebrate the dads, grandfathers, uncles, and other father figures in our lives, I want to give a special shout-out to the Men of Lyme.

While many symptoms of tick-borne illness are not gender-specific, some are. Women’s symptoms tend to increase during menstruation due to hormonal fluctuations. Hormones can also play a role in the way men to respond to Lyme treatment. In his book Why Can’t I Get Better? Solving the Mystery of Lyme & Chronic Disease, Richard Horowitz, M.D.,  explains that low testosterone levels can increase inflammation—and remember that Lyme is an inflammatory disease!—and impact immune response. Low testosterone can cause decreased energy, lethargy, anemia, insomnia, short-term memory loss, depression and anxiety. Dr. Horowitz writes that while these and other symptoms are often associated with aging, he’s found that many of his Lyme patients present with them, too. Therefore, men who are experiencing treatment resistance to Lyme should have their testosterone levels checked, to see if that might be a contributing factor.[1]

Physical symptoms aside, male Lyme patients may have an especially hard time getting the emotional support they need. Lyme as a disease is all too often dismissed or misunderstood by family, friends, and doctors. But men can be more reserved about sharing their feelings, and sometimes wrestle with stigmas that men aren’t “supposed” to ask for help or be “weak”, so their battles with tick-borne illness can be particularly lonely.

Some men have the additional stress of being unable to provide for their families when they are stricken with tick-borne disease. This is, of course, an issue that also affects women; loss of income is a major stressor for anyone who takes ill, especially for families that depend on two incomes and suddenly lose one. But more often than not, the emails I get about financial concerns are from men who are the chief breadwinners of their households and suddenly find their ability to provide usurped by a tiny black-legged tick.

Chronic illness upsets previously established family roles, but it also can bring out the best in partners and parents. Moms are often given credit as caretakers—and that’s well-deserved!—but there are so many men out there who are fighting the good Lyme fight on behalf of their loved ones. Some of them are battling tick-borne illness themselves. Others are working full time jobs while also being full time caregivers for bedridden spouses or children. They are attending support group meetings, organizing fundraisers, and paying medical bills.

I wouldn’t be where I am today if it weren’t for my dad, whose support makes my life possible. I’m grateful to my uncle who passes my blog posts along to other Lyme patients; to another favorite uncle who, along with my aunt, gave me space to convalesce in his home when I was at my sickest; to my male friends who make me laugh, who send supportive notes, and who do fundraising walks for me. I am especially grateful to my late friend Patrick Kelly, who was my most stalwart support during my darkest days.

Men of Lyme, you face your own particular set of struggles with this illness. You don’t always get the support you need or the recognition you deserve. But please know that this female patient hears you and acknowledges you, with gratitude. This Father’s Day, I celebrate you!