by Admin at Global Lyme Alliance on November 3, 2017 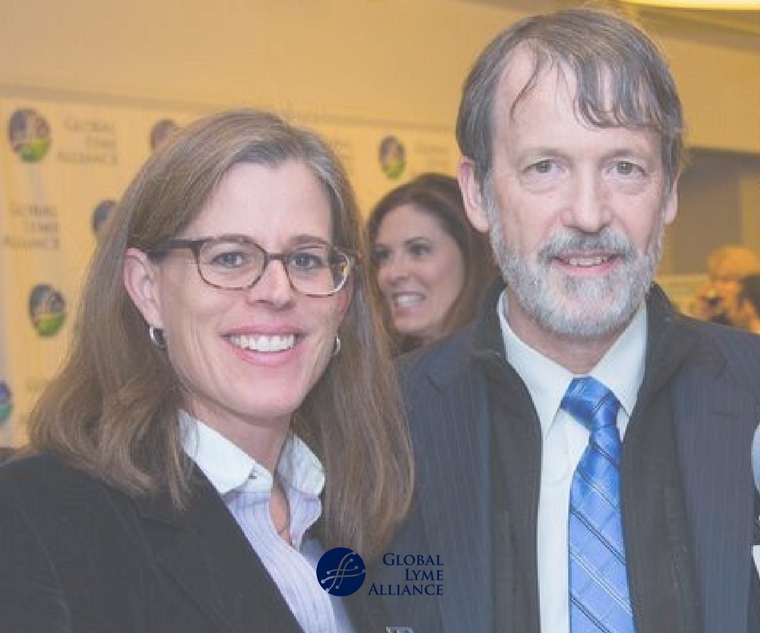 
The words “sleeper cell” may not conjure thoughts of the bacterium that causes Lyme disease. But for thousands of people worldwide, this powerful single cell is as destructive as a covert terror group – and far more common.
The “sleeper cell” term was used in a recent science journal  article that described the considerable ability of the Lyme disease pathogen to change  shapes, develop protective films, and otherwise survive  assault by  antibiotics, only to strike again when least expected. The organism, which infects more than 300,000  Americans annually and some 200,000 in  western Europe, has repeatedly demonstrated “tolerance to otherwise lethal doses of antimicrobials,” the article said.
Lyme disease is one of the most controversial diagnoses in medicine, with debate centering on why some  10 to 20 percent of patients remain ill after treatment. In offering a possible explanation for that, the sleeper cell article, published last month in  Environmental Microbiology journal, challenges mainstream contentions that the infection is almost always eliminated by short courses of antibiotics. Lyme patient advocates see the article as a potential watershed moment in Lyme thought. Here’s why:

In lab tests, the Lyme pathogen has repeatedly demonstrated ‘tolerance to otherwise lethal doses of antimicrobials.’ — From ‘Sleeper cells: the stringent response and persistence in the Borreliella (Borrelia) burgdorferi enzootic cycle.’

The authors of the sleeper cell article, led by Felipe Cabello in the college’s Department of Microbiology and Immunology, had reported in 2002 and 2005 on the ability of the Lyme pathogen, called  Borrelia burgdorferi, to activate or turn off selected genes, thereby speeding or slowing its growth or altering basic functions of reproduction and metabolism. These changes are called the “stringent response” and are thought to allow  Borrelia to survive under conditions of nutritional and environmental stress in everything from the bellies of ticks to the bloodstreams of mammals.

The stringent response, the group’s new article hypothesizes, may also be what allows the Lyme pathogen to survive standard doses of medicine’s best antibiotics. Among the article’s nearly 200 citations is the work, since 2014, of scientists from Johns Hopkins, Northeastern and Tulane universities who have shown that doxycycline, amoxicillin and other common Lyme disease drugs leave behind  persister cells. Those researchers sometimes tried dozens of antibiotics, in combination or in repeated rounds called  pulsing, and still had difficulty eradicating the pathogen in  test tubes.
Persistence after treatment is  shared by other bacteria; penicillin was found in 1942 to leave behind 1 percent of streptococcal cells. But the phenomenon in  B. burgdorferi, the bacterium that causes Lyme disease, is seen as a potential explanation for lingering symptoms of some 30,000 to 60,000 Americans annually. Treated Lyme pathogens, for one, produce more persisters, for example, than treated  E. coli.
Brian Fallon, director of the Lyme & Tick-borne Diseases Research Center at Columbia University Medical Center and author of a new book, “Conquering Lyme Disease,” said the article and the considerable research it summarizes “should give hope to patients.”
“These investigations demonstrate that an increasing number of scientists not only regard  Borrelia persistence to be an indisputable fact that is essential to its biology,” he wrote in an email, “but also that the persistence of these organisms may be playing an important role in persistent symptoms that plague some patients despite standard antibiotic therapy.”
Since the late 1990s, laboratory experiments have found evidence of ongoing post-treatment infection in  dogs,  mice, and, in particular, monkeys, from which Tulane University researchers recovered intact Lyme  spirochetes. In a mouse  study at the University of California, Davis, similarly, the infection resurged a year after treatment, although the spirochetes could not be cultured.
“While still a matter of dispute,” the sleeper cell article stated, “there are numerous reports of antimicrobial treatment unable to completely eliminate  B. burgdorferi from the tissues of experimentally infected rodents and non-human primates.”
Monica Embers, the Tulane researcher who reported finding Lyme spirochetes in treated rhesus monkeys, believes hers and other research suggests current Lyme disease treatments should be reconsidered. “From my own research in the nonhuman primate model of Borreliosis,” she told me, “I am of the opinion that doxycycline monotherapy is insufficient for treatment of disseminated infection and that new approaches are certainly needed.”

Indeed, many antibiotics fail to rout the Lyme pathogen, according to studies by Ying Zhang at Johns Hopkins, whose lab has tried other types of drugs, such as leprosy and sulfa drugs, with some success. Most recently, his team used natural  essential oils, finding that a component in oregano oil was highly effective at killing Lyme persisters. Having used a persister drug called pyrazinamide in studies of intractable  tuberculosis, he believes future Lyme disease treatment will involve a combination of antibiotics and other such treatments. “It is possible to develop more effective treatment regimens for persistent Lyme disease,” he said, adding that patient trials were needed.
However robust the findings of  Borrelia persistence are, mainstream Lyme disease researchers have resisted the notion that test-tube and animal experiments on the Lyme pathogen apply to infection in people. Despite the New York Medical College article, they show no sign of changing course.
The guidelines for Lyme disease care were issued by the Infectious Diseases Society of America (IDSA) in 2001 and 2006 and, having been removed from the National Guidelines Clearinghouse as  outdated, are currently undergoing  revision. Many Lyme physicians believe any new guidelines should acknowledge the  pitfalls of testing and the possible need for antibiotics longer than 10 to 28 days.

I asked Paul Auwaerter, president of the 9,000-member IDSA and a Lyme physician-researcher, if the literature review suggested Lyme disease can be chronic and that additional antibiotic rounds may sometimes be needed. He wrote in an email: “There is yet to be a compelling reason to shift recommendations regarding treatment at this time. Clinical trials would be needed to see if different antibiotic strategies, for example, during treatment of early Lyme disease has any impact on people who go on to develop longer-term symptoms.” Many Lyme scientists and advocates are clamoring for such trials. Results of the last such trial, one of  four in the U.S., were published in 2008.

There is no ‘compelling reason to shift recommendations regarding treatment.’ — Paul Auwaerter, president, Infectious Diseases Society of America.

Auwaerter was a co-author of a 2015 Johns Hopkins  article with Zhang that reported the challenge of killing Lyme cells by dosing the organisms with various antibiotics and other drugs. “The work I have participated was all  in vitro,” Auwaerter wrote, referring to test-tube experiments, “so certainly far from the human condition as these were manipulated cultures.”
Proving whether the organism acts the same way in people as it does in animals and test tubes is key to unraveling why a share of Lyme patients remains ill. Indeed, some are debilitated to the point of being unable to work; suffer chronic pain, fatigue and loss of cognitive function, and manifest depression and other mental health disorders.
Kim Lewis, director of Northeastern University’s Antimicrobial Discovery Center who has led several studies on the failures of antibiotics to vanquish  Borrelia, said his team is exploring the mechanics behind the persistence phenomenon. “Stringent response is on our radar,” he said.
Read the entire article on HuffPost.
Read more articles by Mary Beth Pfeiffer.