Is Lyme disease resilient to antibiotics? 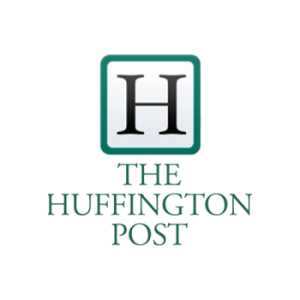 Go-To Lyme Drugs Don’t Always Kill The Bug, At Least For Some


Nearly a generation of medical dogma on Lyme disease may be slowly unraveling as new test tube research shows that antibiotics long endorsed as curative do not kill what scientists call “persister” cells — and may even promote their growth. The corkscrew Lyme spirochete, known as Borrelia burgdorferi, had been shown in previous research to hide beneath slimy shields called biofilms and shape-shift into “round bodies,” persisters that survive lethal drugs and may repopulate later. But emerging science implicates the antibiotics long used to treat the tick-borne illness, including the predominant doxycycline, as a potential key to persistent infection: While killing most pathogens, the antibiotics commonly prescribed for Lyme disease have been shown in test tubes to leave behind a smattering of remarkably resilient Lyme bacteria. As the bacteria’s growth slows under antibiotic assault, these persister cells increase, sometimes dramatically, three research groups found, providing a plausible explanation for a problem that has bedeviled Lyme disease care.
While most patients are treated successfully with go-to antibiotics, some 10 to 20 percent remain sick. With an estimated 300,000 U.S. Lyme cases annually, that means 30,000 to 60,000 people every year develop lingering neurological, arthritic or other symptoms, some for months or years. Many are told their symptoms are “ subjective,” even psychological, and aren’t tied to Lyme disease.
Care guidelines challenged
Ying Zhang*, a Johns Hopkins University researcher, said his and other test-tube research “clearly demonstrates Borrelia persisters are not killed by the current Lyme antibiotics.” Scientists have tried stronger and combined antibiotic treatments in test-tube experiments and found many to be more effective than those in common use. They say funding is desperately needed to prove that persisters are causing illness in people — the “missing link,” said one scientist — yet there is little money and huge resistance. In fact, Lyme disease placed 202nd in 2015 in a ranking of federal funding by disease — this though the disease costs the healthcare system up to $1.3 billion a year.
Read full article.   *Dr. Zhang is a GLA-funded researcher.