by Admin at Global Lyme Alliance on September 2, 2021 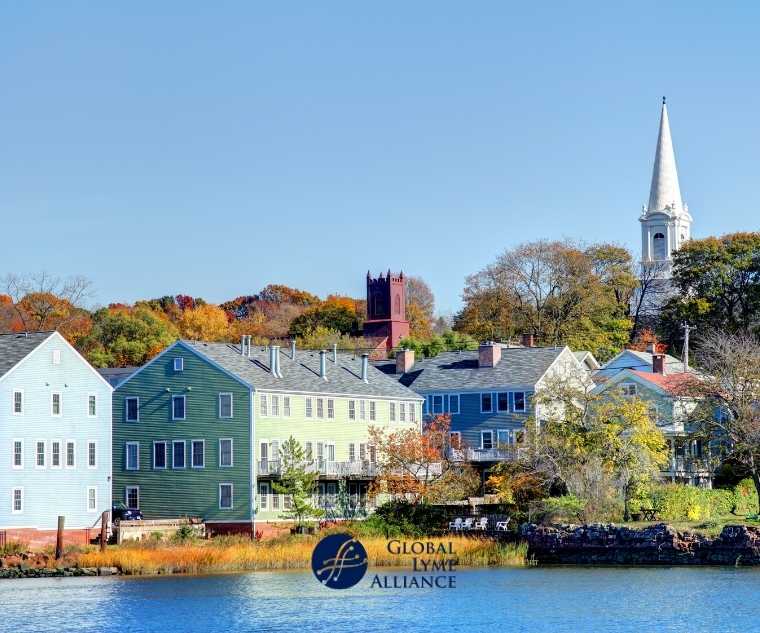 The first established population of the Asian Longhorned tick, an invasive pathogen vector, was found in New Haven County, Connecticut.

New Haven, CT – The Connecticut Agricultural Experiment Station (CAES) is reporting the first established population of the Asian longhorned tick, Haemaphysalis longicornis, in New Haven County. The Asian longhorned tick is an invasive pathogen vector and ectoparasite that was initially discovered in Hunterdon County, New Jersey in 2017, and has subsequently been found in at least 15 other states, including in Fairfield County, Connecticut in 2020, raising public and veterinary health concerns.

The Asian longhorned tick is native to eastern Asia and invasive to Australia, New Zealand, and several Pacific Islands, prefers warm and moist conditions. It feeds upon a wide variety of vertebrate hosts and may be a significant threat to wild and domestic animals, particularly livestock. Human biting by this tick has been documented in the infested states, including at least four instances in Connecticut. Dogs, a frequently identified host in the U.S., may be particularly at risk for canine babesiosis caused by Babesia gibsoni, an emergent pathogen transmitted by this tick species. The Asian longhorned tick is a vector for the viral agent of severe fever with thrombocytopenia in humans, among other pathogens. Furthermore, the detection of the more pathogenic Theileria orientalis Ikeda genotype in cattle and in ticks in Virginia, for which the longhorned tick is a known vector, suggests additional risks to humans and livestock with the introduction and establishment of this tick species.

According to Dr. Goudarz Molaei, a research scientist who directs the CAES Passive Tick Surveillance and Testing Program “The CAES is closely monitoring the distribution and human biting activity of this newly discovered invasive tick species, as well as its potential involvement in transmission of exotic and local disease agents.”

“The discovery of an established population of the Asian longhorned tick in New Haven County, Connecticut highlights additional challenge and risk to human and animal health in the state, though this risk is not limited to Connecticut. The potential is high for invasive ticks capable of transmitting pathogens of human and veterinary concern to become further established in new areas as environments continue to change. Expanded tick surveillance programs, implementation of rigorous measures to inspect animals, plants, and other imported materials at ports of entry, proper, accurate identification of exotic ticks and pathogens, as well as the implementation of efficient eradication and capacity to test exotic ticks for native and nonnative pathogens should all be components of a rigorous program in mitigating risks associated with ticks and tick-borne pathogens.”, said Dr. Molaei.

The Tick Testing Program at The Connecticut Agricultural Experiment Station is a state-supported service offered to State residents since 1990. Ticks are accepted only from residents of Connecticut and should be submitted through their local health departments. Ticks are examined for species, life cycle stage, and engorgement status in addition to pathogen testing.