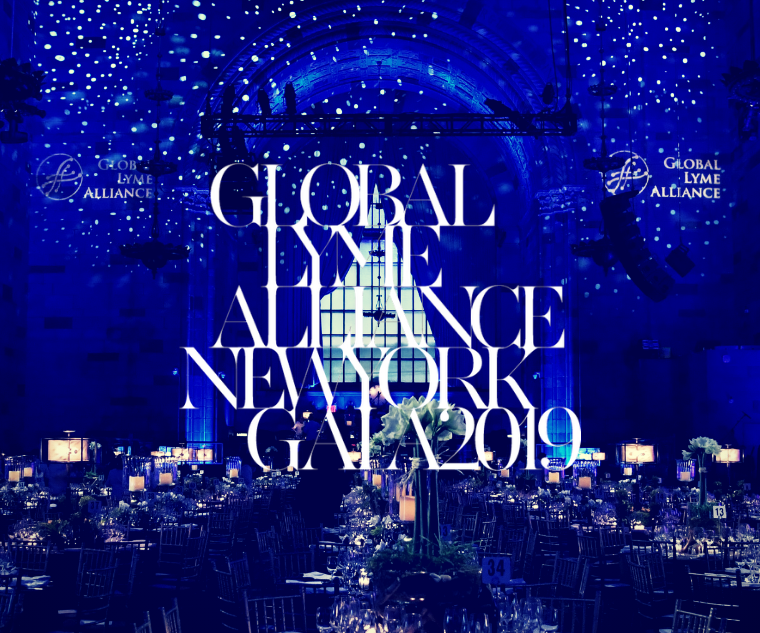 Yolanda Hadid, Dr. Oz, Talia Jackson and Genevieve Gorder were among the more than 700 guests in attendance at the organizations largest event to date

With over $600,000 raised during the evening alone, top auction items included an ultimate VIP guest experience with Grammy-nominated pop rock icon Avril Lavigne at Live in the Vineyard in Napa Valley, CA; an exclusive golf weekend with Jimmy Walker at his home course, The Club at Cordillera; and an intimate dinner for ten prepared by James Beard Award winning chef Charlie Palmer.

To close out the evening, the audience was entertained by the legendary Big Apple Circus and a very special performance by 2019 TONY Award-Winner for “Best Leading Actor in a Musical,” Santino Fontana of the Broadway musical, Tootsie. Guests dined on a menu inspired by master chef and American hospitality entrepreneur, Charlie Palmer. Palmer’s Aureole provided hors d’oeuvres for the event.

Everyone is at risk for Lyme disease. Each one of us is just one tick bite away from contracting the disease. Case of Lyme have been reported in all 50 states and more than 80 countries, making it a health crisis with worldwide impact. Additionally, current diagnostic tests for Lyme disease are more than 50 percent inaccurate, resulting in failed and missed diagnoses. For more information, please visit GLA.org.

### ABOUT LYME DISEASE Lyme disease is destroying lives. Failed diagnostics and dismissal by many in the medical community leave thousands undiagnosed. This results in worsening symptoms and makes the disease nearly impossible to treat. Everyone is a risk of contracting Lyme through the bite of an infected black-legged tick, and its estimated there are 900 new cases every day, 200 of which are children. A recent joint study by scientists at GLA and Brown University estimates the number of post-treatment Lyme disease cases could exceed two million by 2020. Countless are suffering and we need to find answers.

### ABOUT GLOBAL LYME ALLIANCE Global Lyme Alliance (GLA) is the leading 501(c)(3) dedicated to conquering Lyme disease through research, education, awareness, and patient services. GLA has gained national prominence for funding the most urgent and promising research in the field, while expanding education and awareness programs for the general public and physicians. To learn more about GLA’s unrivaled focus on the science of Lyme, visit GLA.org.