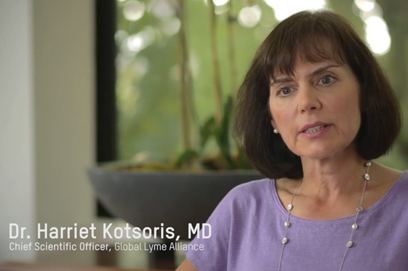 Three top scientists join GLA's world-class Scientific Advisory Board whose members have all made valuable contributions to the understanding, diagnosis and treatment of Lyme and other tick-borne diseases.

The Scientific Advisory Board (SAB) is made up of some of the most distinguished researchers and clinical innovators in multidisciplinary fields in Lyme and tick-borne diseases. These leaders advise on overall strategy to direct GLA’s grant funds into research programs judged to have the best prospects of delivering measurable results and the greatest impact.

“Our new SAB members bring world-class experience to GLA’s growing advisory network of distinguished scientists,” said Scott Santarella, CEO of GLA. “We are delighted to welcome them to our team and we look forward to their input and guidance as we seek new pathways to better diagnose, treat, prevent and ultimately cure Lyme and other tick-borne diseases.”

The three individuals join GLA’s nine other esteemed SAB members, including Dr. Neil Spector with Duke University who joined this past February. All have made valuable contributions to the understanding, diagnosis and treatment of Lyme. The new members are:

“I look forward to working with these talented and respected experts as we continue to make strides in the fight against Lyme and other tick-borne diseases,” says GLA Chief Scientific Officer, Harriet Kotsoris.