New Study by Scientists at Global Lyme Alliance and Brown University Estimates the Number of Post-Treatment Lyme Disease Cases in the U.S. 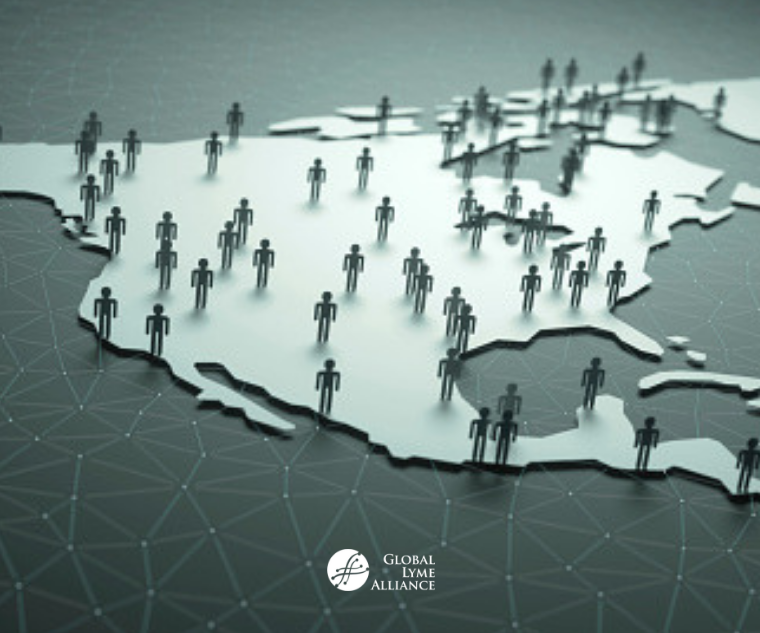 In newly published paper, scientists at Global Lyme Alliance and Brown University use mathematical modeling to estimate that more than two million people could suffer from post-treatment Lyme disease syndrome next year

According to a new joint study conducted by scientists at Global Lyme Alliance (GLA) and Brown University, more than two million people in the United States could suffer profound disability from post-treatment Lyme disease syndrome (PTLD) by the year 2020. The study, published today by BMC Public Health, used advanced mathematical modeling to calculate the total number of patients with PTLD, a disorder which causes 10 to 20% of Lyme disease patients to suffer from severe symptoms long after their antibiotic treatment has ended—even if their initial infection was promptly diagnosed and correctly treated. PTLD can cause a variety of symptoms including incapacitating fatigue, chronic pain and neuro-cognitive impairment. Symptoms are often so severe that normal schedules for work, school, and personal lives are derailed.

Lyme disease has reached epidemic levels in the U.S., with an estimated 427,000 people in the U.S. newly infected every year. With timely diagnosis and antibiotic treatment most patients recover. However, researchers still do not understand why so many people remain sick months and even years after initial antibiotic treatment. Public and private insurance for the most part will not cover costs for treatment, so patients must pay medical expenses out of pocket.

About the research, lead investigator Allison DeLong, M.S., a biostatistician at Brown University’s Center for Statistical Sciences and a member of GLA’s Scientific Advisory Board, said that there were two goals of the study. Her first was to develop a rigorous mathematical framework for estimating the prevalence of PTLD in the U.S. The second was to actually calculate it to provide some projections for 2020.

“To our knowledge, this is the first time such work has been done and we felt it was time to address these deficits,” she said. To better define the true burden of PTLD, DeLong and fellow authors based their models on U.S. Lyme disease incidence since 1980, including variables such as age, gender, life expectancy, and the estimated treatment failure rate of 10 to 20%. “Depending on the model used, we calculated that by 2020, there could be between 81,713 to 1,944,189 individuals with PTLD in the U.S.,” said study co-author Mayla Hsu, Ph.D., Director of Research and Science at GLA, the leading 501(c)(3) dedicated to conquering Lyme and other tick-borne diseases through research, education and awareness. Dr. Hsu said the massive number of PTLD sufferers should interest health economists studying disease burden in the U.S.

“These are substantial numbers of people struggling with chronic illness and disability,” she said. “They and their families are impacted financially, because they are often unable to work or complete their educations, and are forced to bear the medical costs themselves. This study is a vital first step toward understanding the large number of people who are suffering from  PTLD.” The study’s authors were quick to note however that as more information becomes available about Lyme incidence and the growth rate of the epidemic, new data can be added, leading to ever more precise predictions. “This framework,” added DeLong, “will be useful now and should grow in accuracy and applicability as more data about PTLD becomes available.”  Added Dr. Hsu: “This is a beginning of a vital investigative process, but by no means the last word. It reinforces the overarching need to greatly expand research that will lead to optimal treatment of these patients.” To access the paper, click here.

Global Lyme Alliance is the leading 501(c)(3) dedicated to conquering Lyme and other tick-borne diseases through research, education and awareness. GLA has gained national prominence for funding some of the most urgent and promising research in the field, while expanding education and awareness programs for the general public and physicians. We support those around the globe needing information about tick-borne diseases.

Note: The term post-treatment Lyme disease syndrome (PTLDS) refers specifically to the 10-20% of patients who were diagnosed and treated at the acute stage of their Lyme infection, yet continue to remain sick and symptomatic. Using this term is not intended to exclude anyone suffering from long-term or persistent infection. In context for this research project, it’s critical to start with a well-defined group, such as PTLDS, for study validation purposes. Due to the inaccuracies in Lyme diagnostic testing, at all stages of the disease, it’s nearly impossible to determine the entire population at this point in time. We fully acknowledge that there are more Lyme sufferers outside of the “PTLDS” category, and it’s our goal to find the answers that will help all these patients. The positive outcome of this study is that we now have a starting point to share with the medical and general communities about the substantial number of people who are suffering in the U.S. as a result of Lyme disease.