by Admin at Global Lyme Alliance on September 28, 2016 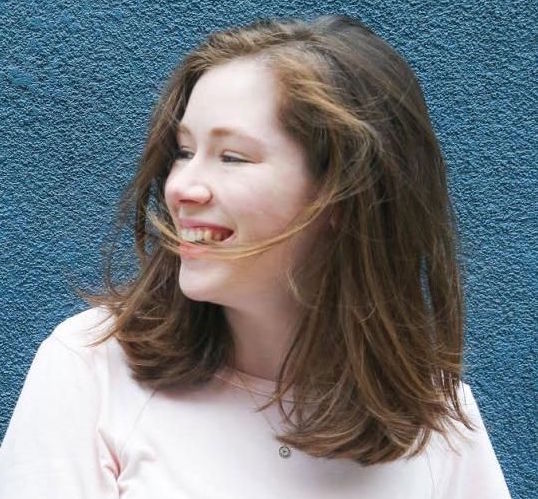 The Council will provide a platform for young professionals in their 20s and 30s who are dedicated to volunteering their time, talents and energy to raise awareness of Lyme disease and further strengthen GLA's research mission.

The Council will provide a platform for young professionals in their 20s and 30s who are dedicated to volunteering their time, talents and energy to raise awareness for the cause among high school and college students as well as millennials. These emerging leaders will also help to raise critical funds to benefit GLA, the leading private nonprofit dedicated to conquering Lyme disease through innovative research and education programs.

The 17-member Council is made up of those either living with chronic Lyme disease or who have friends and family fighting the illness. Allie Cashel (pictured), 25—author of “Suffering the Silence: Chronic Lyme Disease in an Age of Denial” and co-founder of SufferingtheSilence.com, an online community for people with chronic illnesses— is YLC Chair.

The Council’s initial projects will include producing Lyme disease awareness videos to be shown in high schools as well as in colleges. “We want to take the amazing work that Global Lyme Alliance is doing and bring it to young people,” said Cashel, a New Yorker who was originally diagnosed with Lyme at age seven. “Our goal is to raise awareness in schools about Lyme disease to make sure people are well-educated about tick risks.” 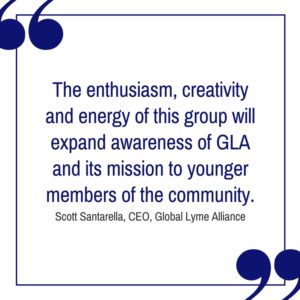 “The enthusiasm, creativity and energy of this stellar group will no doubt expand awareness of GLA and its mission to younger members of the community,” said Scott Santarella, GLA’s CEO. “They will play an integral role in broadening our institutional foot print world wide.”

Most of the Council members live in the New York, New Jersey, Connecticut tristate area. They are expected to attend quarterly meetings and participate in Council projects. Jesse Ruben, 30, a musician who lives in New York, says he decided to join YLC because it took nine months to be diagnosed with Lyme, two years to get better, and “I don’t want anyone to go through what happened to me.”

“I had a crawling sensation under my skin, I couldn’t breathe [air hunger], suffered from overwhelming fatigue, and I had brain fog,” he recalls. “I went to 15 doctors and was either told nothing was wrong, or I had depression or an adrenal gland deficiency—and, of course, all my tests came back negative. I was a vegetable until finally I found a treatment that worked for me and I became a human being again.”

Working with GLA Board of Directors member, Ed O’Connell, YLC members intend to hold a variety of fund-raising and visibility-raising projects to support GLA’s mission. For instance, Ruben and fellow Council member Toni Blanchard will be running the NYC Marathon on November 6 to benefit GLA. They have sent up a donation page on crowdrise.com for anyone who wants to support them.