Be a Victor, Not a Victim 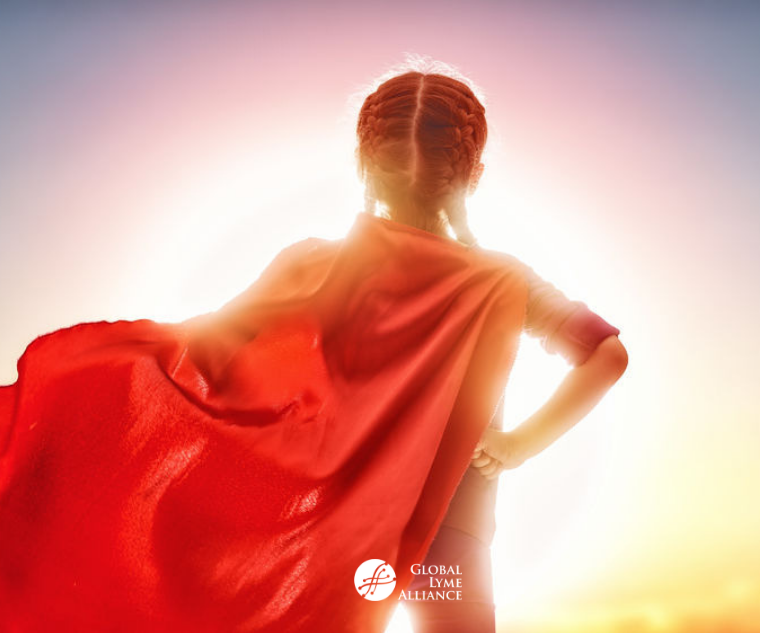 Many patients of tick-borne disease take years to get diagnosed. A lucky few ones find a bull’s-eye rash or an embedded tick, go to a physician who just happens to be Lyme literate, and get started on antibiotics right away. If they respond well to initial treatment, they can be cleared of Lyme in a month’s time.

Most patients are not this lucky. Even of those who do get treated right away, 10-20% go on to suffer after treatment. And for people who are not immediately treated, Lyme bacteria and quite possibly other co-infections the tick has introduced to ones body can spread through their bodies and brains for months, years, even decades before they are  accurately diagnosed. By the time of diagnosis, the person is often bedridden, plagued by exhaustion, joint aches, migraines, brain fog, and other neurological impairments. The unluckiest can suffer paralysis or schizophrenia.

When you’re a victim of unbearable physical and neurological suffering and you’re fighting to get a diagnosis, it can be the most natural thing in the world to also fall victim to a woe-is-me mentality. In some respects, you have to. Just to get people to take you seriously. If you’re like me, you might be used to putting on a good face even in the toughest times.

I’ve always been a glass-half-full person, an optimist fundamentally, but in order to get people to really understand what was going on under my mask of a smile, I had to complain. I was doing myself no favor by remaining stoic. Some might say I was throwing a pity party. But I needed to do so in order to be heard.

When I finally did get accurately diagnosed with Lyme and two of its co-infections, babesia, and ehrlichia, I wanted to shout from the rooftops, “Hey world, guess what? I have Lyme disease!” After eight years battling mystery symptoms, two years being utterly bedridden, and countless pointless doctors appointments where I was told, “Maybe it’s all in your head” or “You just need to exercise more,” I finally felt validated, I had a true physical disease—multiple diseases, in fact three of them—and the tests and clinical diagnoses to prove it.

Getting that validation can make you want to go back to all those naysayers and gleefully howl, “I told you so.” But many of those same people are the ones you will still need support from, whether it’s emotional or financial support from friends and family or medical support from physicians. For that reason, you have to take the moral high road. You have to extend understanding to those people, recognizing that they simply didn’t know enough about tick-borne diseases. Yet you have to educate them so they can meet you where you are and help you the manner best suited for your illness.

Inside, you may be very angry indeed. You may feel like a victim for all you’ve been through. When you start having Herxheimer reactions and start feeling worse than ever, you may even curse the tiny tick that did all this to you, the doctors who wouldn’t listen to you, the friends or family who didn’t advocate for you. You may curse the world for not understanding your suffering.

It’s not okay to stay in that place. It’s not okay to get stuck in your own anger. For then, you indeed become a victim, you become bitter. The tick, the disease(s) it carried, and the naysayers all win, because you’ve let them get the best of you. Please don’t do this. You are better than that.

You are a fighter. You deserve to regain your health. But your body cannot heal if you weigh it down with toxic emotions. You can have them, sure; that’s only natural. But at some point you must need to move beyond them. You must release yourself from them, so that your body has a real fighting chance to heal.

Be a victor instead of a victim.