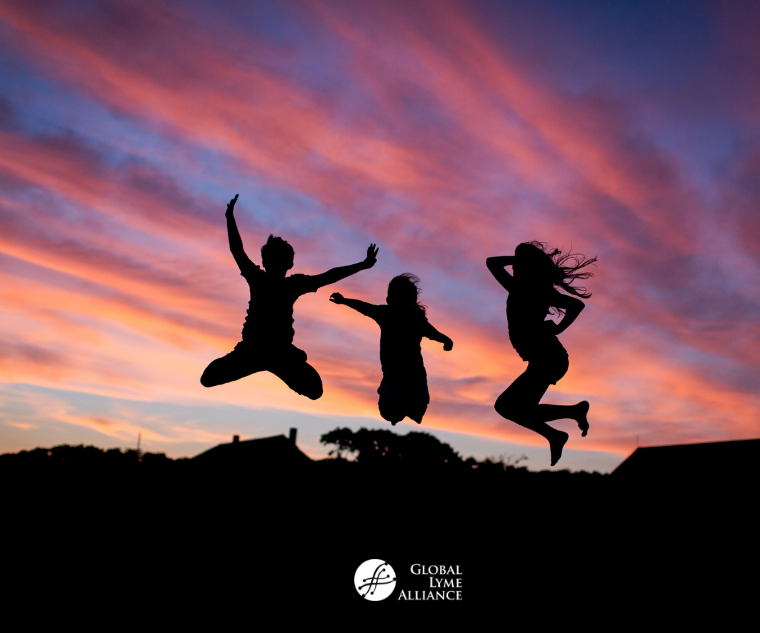 In life, we’re often told not to settle. We don’t want to take a job or enter a relationship simply because it seems good enough. Doing so might bring short-term gains, but in the end, it won’t fulfill what we’re really striving for, and we’ll feel short-changed. We deserve better.

The same is true for recovery from tick-borne illnesses.

I can see this now, a decade into a remission that has allowed me to make steady gains each year (even though, like all Lyme patients, I have set-backs along the way). No one’s healing path is linear, and a Lyme patient’s is particularly convoluted. But despite detours, the path towards Lyme recovery is moving ever forward, albeit haltingly.

When you’ve been on that path for so long and have started from the lowest point, as I have, any improvement feels good—especially if it’s sustained improvement. If you make it halfway to remission, you might rationalize matters thus,“Gee, I feel so much better than I did when I was bedridden; this far is good enough.”

That’s easy to say this when you’ve suffered physically, emotionally, and mentally for so long. When you have brain fog, when you’re in too much pain to walk, and when you feel shackled to the bed with migraines and fatigue—after suffering so much you’re tempted to settle for any improvement. When you have insomnia, any amount of sleep—even if it’s full of nightmares and dread—is better than no sleep at all.

It’s often good to have a glass-half-full mentality and to be able to appreciate small improvements. Such a grateful mindset helps in the healing process. The problem is when gratitude shifts to complacency. When we say “This is good enough,” it’s a problem because we’ve forgetten how much better life can actually be.

In a relationship, complacency can grow from comfort. You might tell yourself, I’m not entirely fulfilled with this person, but he or she is kind enough to me, makes good enough money, and we get along well enough. A relationship like this is comfortable, but lacks passion. Sometimes it lacks love. If it were graded, it’d be a C or at best a B, not an A or an A+.

Of course, no relationship can be an A+, at least not all the time. No one is perfect, and no one can be a perfect partner all the time. But we can aspire to an A+ relationship. Searching for perfection is laudable even if it almost always leaves us wanting. But there’s a big difference between seeking perfection and settling for good enough. In between those extremes, there is a broad range of  hope and possibility.

The spectrum of Lyme recovery is similar. When you’ve been so sick for so long, you can forget what true health feels like. As you start to make steady gains, you are so grateful to be feeling somewhat better that you let go of the idea of trying to feel your best. Feeling 50% is pretty darn good for a Lyme patient. That might mean you’re up out of bed most of the day, that your joint aches are gone or minimized, that your headaches are less frequent, that you have to rest a lot, sure, but you can work or socialize a little too. Compared to a bedridden life, those gains feel fantastic. It’s easy to accept them as good enough. It’s even possible to kid yourself into thinking that 50% is really 100%, because it’s been so long since you were really healthy that you’ve forgotten what true, full-bore wellness is like.

I continue to relearn this lesson as I make more and more health gains. I know I’m much, much better than I was a decade ago, but I sometimes don’t see how much I’ve slowly improved during my decade of remission. When I first moved to Boston and started graduate school, I said to my friends, “If this is as good as it gets, I’m fine with that. My life isn’t ‘normal’ by most people’s standards, but it’s manageable. I can live like this.” And I did. Life was fine, comfortable, even happy.

Had I stopped doing any of my adjunct therapies, never pushed myself to extend my limits or slowly try new exercises, I probably would have stayed at that “good enough” stage for years. It would have been adequate, but merely that. I would have never known what else was possible.

A few years after starting graduate school, I was able to ski a couple runs one morning. I only skied that one day that season, and that was enough. But the next season I skied two days—spaced far apart from each other. This year I’ve already skied three days—two of them only a few days apart from each other. I can do that because I’ve been steadily working to get a bit stronger each year, and I have gotten better at asking for help (“Here,” I’ll say, “you carry the skis—I’ll carry the poles—that will buy me energy for one or two more runs.”)

Another example is travel. At my sickest, travel from my front door to the mailbox was out of the question. Eventually being able to drive my car, even if it was just to the pharmacy, felt great. Then driving within state lines had seemed an exceptional accomplishment. When it came time for my first plane trip—a two hour direct flight—I panicked. I wondered if I was really well enough to do it. I was, but it took a lot out of me and a long time to recover, and I didn’t travel again for awhile. But when I did travel again, I was that much healthier, and had more confidence, too, in my capacities, and so was able to go that much further. I flew from Boston to Florida and enjoyed my time there. Last fall I flew to Mexico, something I wouldn’t have thought was even in the realm of possibility just two years ago.

Will I ever be able to take a flight to Europe or travel across many time zones? As my health stands right now, the answer is no. And my life right now is really good. Still, though, I don’t want to say it’s good enough. I want to keep striving to be healthier and even more capable. Maybe I’llnever be able to travel as far as I want. But that doesn’t mean I’ll settle, because who knows? Maybe in a year or two or ten I will be able to make that flight.

So I’m going to keep striving A or A+, just in case.