How the New "Maybe It's Lyme" Article Hurts Lyme Patients 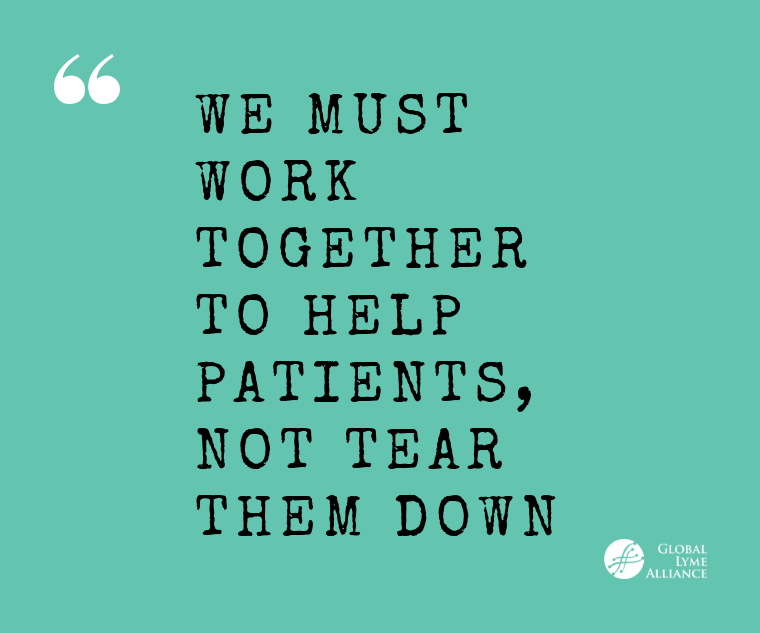 Is this becoming a trend? Another opinion piece on Lyme disease that dismisses post-treatment and chronic Lyme disease. The author calls these debilitating stages of Lyme an “identity” for people rather than an illness. And ridicules patients for finding solace online, in a community of people who are suffering from the same illness. Can you imagine someone writing an article that dismisses patients with late-stage Alzheimer’s, another illness that relies on a combination of clinical diagnosis and laboratory tests?

The story, “Maybe It’s Lyme. What happens when illness becomes an identity?,” by Molly Fischer feigns to take a fact-based approach. Yet when she cites Global Lyme Alliance (GLA), not once is there a direct quote, but rather second hand accounts from fundraising events. In one sentence the author states, ““chronic Lyme,” which can encompass a vast range of symptoms and need not be linked to any tick bite — has grown into a phenomenon often untethered from scientific method or peer review.” Yet if she had referenced the multitude of peer-reviewed studies on the GLA site or performed even a modest Google search for “Lyme disease research”, she would have found the science she quickly dismissed as lacking.

Does more research need to be done to better understand the persistent and chronic form of the disease? Absolutely! If she had called to speak with one of our two in-house Ph.D.s they could have had an in-depth conversation about tick-borne disease research, from basic science, understanding the persistent form of the bacteria, to treatment options. But that didn’t happen. Unfortunately, articles like this,  that dismiss and mock Lyme patients, hinder that progress because it influences the community that more research is not needed. Articles like this delay progress and ultimately hurts patients.

There is one item in the article we can agree with. Yes, there are some Lyme physicians who treat without science, studies, or clinical trials to support their protocols. Some are more genuine than others. But as in the early days of HIV, before protocols were developed, many doctors were forced to try various treatment options, looking for the right combination that would alleviate pain and suffering. And yes, patients desperate to feel better subscribe to these treatments. But what else would you suggest they do? There is no standard of care for anything beyond acute Lyme disease. And even that doesn’t work for everyone, with 10-20% continuing to suffer symptoms.

What does the author prescribe for the two million patients that will suffer from post-treatment Lyme disease by 2020? And the untold number of patients who did not have the “fortune” to be diagnosed and treated early in the disease, that while the bacteria had time to move to the patients’ heart and other organs, the illness got worse and worse, and then harder to eradicate.

The bottom line? We must work together to help patients, not tear them down.

GLA invites anyone needing facts about Lyme disease to reach out to us.