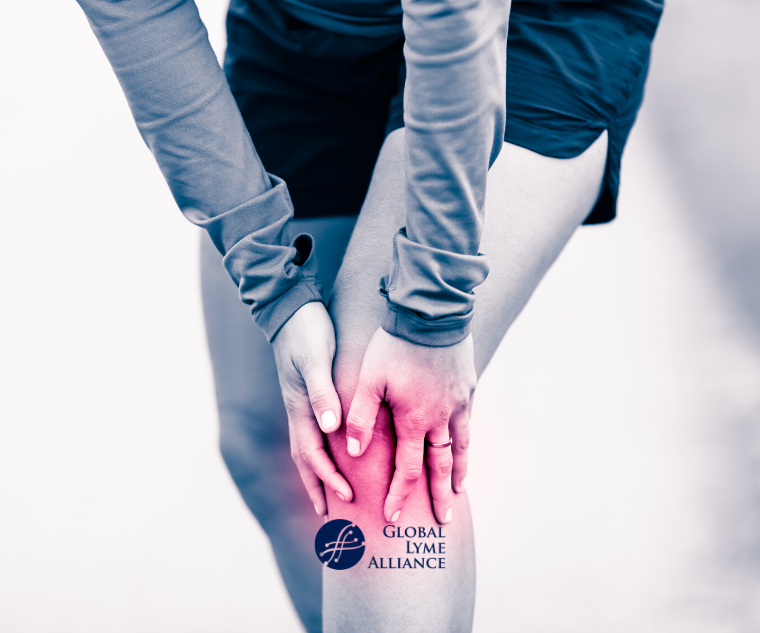 Lyme disease, caused by Borrelia burgdorferi bacteria, often leads to arthritis, with up to 60 percent of late-stage patients suffering from painful joints and swelling. Symptoms can persist for months and even years. It’s suspected that a protein called arthritis-related protein (Arp), which is located on the surface of the Lyme bacteria causes these symptoms. Mice experimentally infected with B. burgdorferi develop arthritis symptoms that are resolved when the animals begin to make anti-Arp antibodies.

But an enduring medical mystery has been why these anti-Arp antibodies coincide with resolving Lyme arthritis but not any other aspect of Lyme disease. One reason could be that other proteins, also on the bacterial surface, may be protecting Arp and the bacteria from antibodies. And if those shielding proteins constantly adapt, they could be even more effective at protecting Arp.

It turns out that this shielding mechanism might be possible. Recent data reported by Abdul Lone and Troy Bankhead at Washington State University indicates that another bacterial surface protein known as  VlsE, may protect the bacteria from anti-Arp antibodies and act as a shield to prevent the immune system from fighting Lyme.

The mechanism of how VlsE defends the Lyme bacteria from Arp antibodies is an interesting story. Earlier work by this research team tested a mutant B. burgdorferi that lacks VlsE protein. This mutant was tested for its ability to infect and grow in immunodeficient mice. Growing the bacteria in mice (in vivo) is more informative than growing the bacteria in a test tube (in vitro), because a mouse has the complexity of an animal with multiple organ systems, and the bacteria disseminate through the body that has different cell types, a circulatory system and other features not found in vitro. Immunodeficient mice lack a functioning immune system, so growing bacteria in them allows observation of how the bacteria replicate unimpeded, in a complex animal system.

Next, the investigative team used microscopy to observe whether anti-Arp antibodies can stick to B. burgdorferi spirochetes when VlsE is also present on the bacterial surface. They found that although anti-Arp antibodies can bind to VlsE-negative bacteria, they cannot do so in VlsE-positive bacteria. This result suggests that VlsE may actually be a physical barrier that prevents anti-Arp antibodies from sticking to their target, the Arp protein. Precisely how VlsE does this is an interesting question. For example, are Arp and VlsE close together on the bacterial surface? Is VlsE larger or does it block only the specific epitopes, or subdomains that are bound by Arp antibodies?

Moreover, there were limits on VlsE-mediated protection of B. burgdorferi proteins. Control experiments indicated that VlsE may not block antibodies other than those targeting Arp. This was shown by using a blood serum (antisera) purified from mice infected with an Arp-negative, VlsE-negative bacteria. These antisera would lack antibodies against Arp and VlsE, but have antibodies against other B. burgdorferi proteins. Mice were pretreated with the Arp-negative, VlsE-negative antisera and then challenged with normal bacteria which had both Arp and VlsE. The normal bacteria could not infect, which showed that the presence of VlsE could not protect the bacteria from antibodies that target non-Arp bacterial antigens. This suggests that VlsE may only protect Arp, and not other Borrelia antigens.

Work by other investigators has shown that VlsE undergoes extensive antigen variation. The antibodies elicited by VlsE also change during disease course. So, the work of Lone and Bankhead raises questions about whether specific VlsE variants protect Arp, and if there is a correlation with disease stage and the onset of arthritis.

These findings are also important because they further highlight how, in addition to other immune dysfunctions, the bacteria have evolved multiple ways to specifically evade the humoral, or antibody-mediated immune response. Not only does the VlsE protein change during bacterial infection, providing a mechanism of immune evasion and persistence for the bacteria, but it may also protect other bacterial proteins from being targeted. Further studies will clarify how VlsE shields Arp.

And it is another piece of the puzzle of how B. burgdorferi may cause persistent arthritis. Previous findings implicated peptidoglycan, a different component of the bacterial cell wall. How these pieces fit together will explain disease outcomes and long-term symptoms.