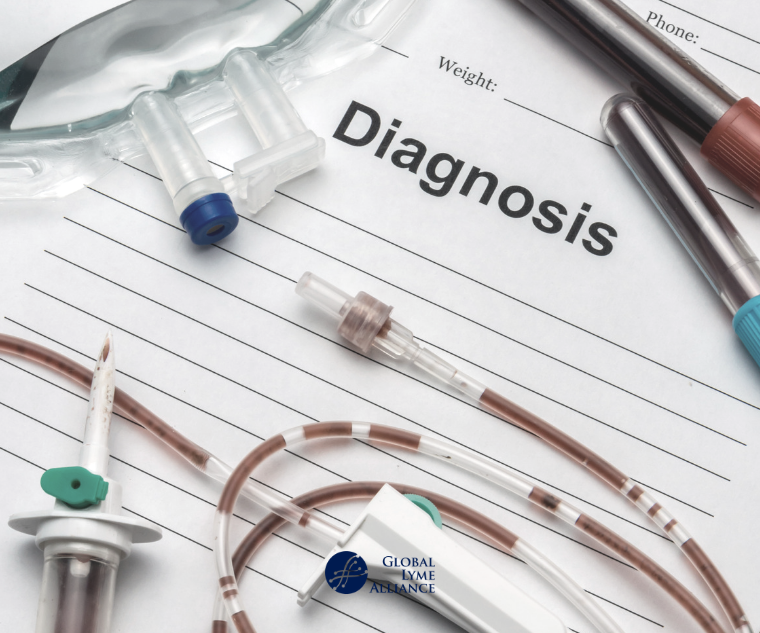 With overlapping symptoms, how do you know that you have Lyme and not another disease? It’s important to consider all health factors

I understand such questions. They come up because Lyme is considered the “great imitator.” Many of its symptoms are similar to those of other illnesses such as multiple sclerosis (MS) and chronic fatigue syndrome (CFS), as well as rheumatoid arthritis (RA), Lou Gehrig’s disease or amyotrophic lateral sclerosis (ALS), lupus, and fibromyalgia. If a doctor is not well-versed in tick-borne disease, they might have difficulty making a differential diagnosis—differentiating between Lyme and other diseases.

However, there are important distinctions between these conditions. For example, Lyme arthritis can affect one, few, or many joints, whereas RA tends to affect most. While synovitis (inflammation of a synovial membrane) can mean Lyme or RA, only Lyme would show fluid in the sub-patella area.[1]A good Lyme Literate Medical Doctor (LLMD) understands such nuances.

I know I have Lyme because I had an unequivocal CDC-positive test. I also tested positive for two tick-borne co-infections, babesia and Ehrlichia. I presented with specific clinical symptoms of these diseases and the tests corroborated my LLMD’s clinical assessment. He knew that my low CD-57 test was indicative of Lyme, because ALS and MS don’t usually have low CD-57 counts. He knew that my hallucinogenic nightmares and other sleep disturbances were a sign of neurological Lyme and babesia (later confirmed by a SPECT scan), and he knew that my migratory on-and-off aches were typical for Lyme, not RA (which are more symmetrical and persistent). Moreover, he recognized that my crushing fatigue was a result not just of my tick-borne illnesses, but also of my underlying Epstein-Barr virus.

Yes, you read that right: I write primarily about my tick-borne diseases, but they’re not my only medical conditions. So in some ways, the patient who questioned me was not incorrect; I do have CFS, or a version of it called chronic fatigue immune deficiency syndrome. It stemmed from a case of mono that became chronic Epstein-Barr virus (EBV) because I had underlying tick-borne infections that prevented me from adequately fighting the mono.

Here’s the rub with these umbrella diseases, diseases under which a number of symptoms fall: often patients have more than one of them, or their symptoms fall under the broad spectrum of more than one, because what they’re battling is actually a multi-system immunological breakdown from years of health issues. As Richard Horowitz, an LLMD, states in his book Why Can’t I Get Better? Solving the Mystery of Lyme & Chronic Disease, “Identifying the multifactorial causes of chronic illness is the next most important paradigm shift in medicine.”[1]

As Dr. Horowitz notes, “This process ensures that no symptoms are left out and gives the provider an initial opportunity to develop a broad range of differential diagnoses…It provides the health-care provider with clues that point to whether the patient has a high probability of having Lyme disease, a possible case of Lyme disease, or is unlikely to have Lyme disease.”[3]

Other LLMDs use similar broad-spectrum evaluations to make differential diagnoses. Dr. Bernard Raxlen explains in his book Lyme Disease: Medical Myopia and the Hidden Global Pandemic that he looks for “red flags” or “common themes,” listing two full pages of symptoms that are specific to tick-borne illnesses. These include including air hunger, purple/red streaks or scratches, constant sweating on one side of the body, psychogenic or emotionally driven seizures, loss of reading ability, and migrating pain, particularly in joints, muscles, and nerves.[4]

I spent two years treating EBV before seeing an LLMD and realizing I was only fighting half the battle. I know now to ask, what else could be going on? Am I treating all of my symptoms? Does my diagnosis speak to all of them? The patient who questioned me probably only read one of my articles that described my fatigue, and made a quick assumption that I have CFS. Had this person read more of articles describing my specific experiences with neurological Lyme disease, they may have drawn a different conclusion. It’s important for patients and for doctors to get the full picture before drawing conclusions or making diagnoses. Lyme may be the great imitator, but it is not a catch-all diagnosis, and we must understand what differentiates it from other diseases.