RSV, COVID, or the Flu? As a Lyme Patient, This Isn’t My First Time Dealing With a Misdiagnosis 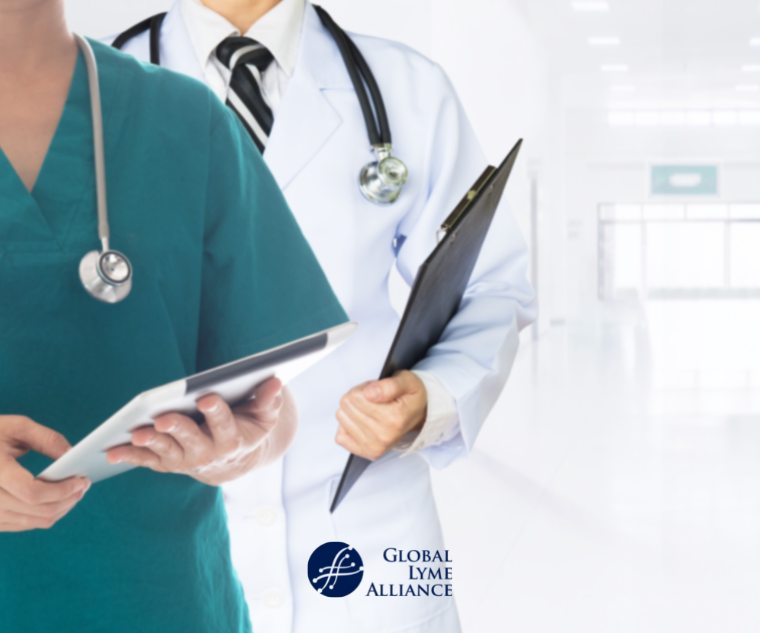 There is a lot of sickness going around this winter with COVID-19 and RSV. It's important to prioritize your health and advocate for yourself when speaking to your physician about Lyme or any other illness.

After visiting family over Thanksgiving, I came home with a scratchy voice. When I developed congestion and then signs of a sinus infection, I knew it was time to see a doctor. Given how many people came home sick from Thanksgiving—and how many acute illnesses including RSV, flu, COVID-19, and the common cold are running rampant these days—my Primary Care Physician didn’t have any open appointments. She suggested I go to an Urgent Care.

The doctor at the Urgent Care was pleasant enough. She did a cursory exam and agreed that I likely had a sinus infection, writing out a prescription for antibiotics. “Could I also have RSV?” I asked.

She shook her head. “That’s not very common in adults.”

I flashed back to all the doctors who told me, “No, you couldn’t have Lyme disease” for XYZ reason. I recalled the hundreds if not thousands of patients who have emailed me to say they’ve been told the same thing, for reasons like, “Lyme disease isn’t common here” or “You don’t have a bulls-eye rash.” In many cases, the patient actually does have Lyme disease. They’re either in a state where, thanks to climate change, Lyme has become more common than people realize (see “Bursting the ‘Woods of New England’ Bubble”); they have recently traveled to an area where Lyme is endemic; or they have other symptoms of Lyme but not a bullseye rash, which only presents in less than 50% of cases.

This is where patients need to step in. If you suspect a Lyme diagnosis but the doctor isn’t considering it, you can provide contextual information that they might not think to ask, such as, “I spent time in the woods of Maine this summer” or “I had a blotchy red rash on my back last week.” For better or worse, the onus falls on both doctor and patient to paint the full picture that can point to an accurate diagnosis.

It turns out, that’s exactly what happened. A couple days later, my RSV test came back positive, and the puzzle was solved.

In the case of my recent acute illness, after the doctor told me RSV wasn’t common in adults, I told her that I had spent Thanksgiving with a baby who had a clear, runny nose and a mild cough. I’d kissed the baby’s face and snuggled him close. He’d drooled all over me. Once the doctor heard this information, she suddenly changed course. “Oh, those are all common symptoms of RSV in babies,” she said. “We should test you. It’s possible that the baby had RSV, gave it to you, and that caused a secondary sinus infection for you." It turns out, that’s exactly what happened. A couple days later, my RSV test came back positive, and the puzzle was solved.

Had I not given the doctor my bigger contextual picture, we probably never would have known I had RSV, and I might have been out spreading it to more people. I might have thought subsequent symptoms that developed were part of my sinus infection or part of a new illness, not having the reassurance that they are common for RSV.

In this case, as is true for many Lyme patients, I had to provide the larger picture because the doctor didn’t ask for it. Though RSV isn’t common in adults, it is extremely common right now among small children. The doctor should have asked if I have kids or if I’ve been around them. Instead, she just went by what she saw in front of her: a single adult with cold and sinus symptoms.

As patients, we must be ready to provide contextual clues that we think can help our doctors, even if they don’t ask for them. And doctors should keep the bigger picture in mind, whether diagnosing acute illness or figuring out the derivation of long-term symptoms. Doing so can save patients a lot of unnecessary suffering, particularly with Lyme disease, which can be far less debilitating if it’s caught early.