The Difficulty—and Importance—of Asking for Help 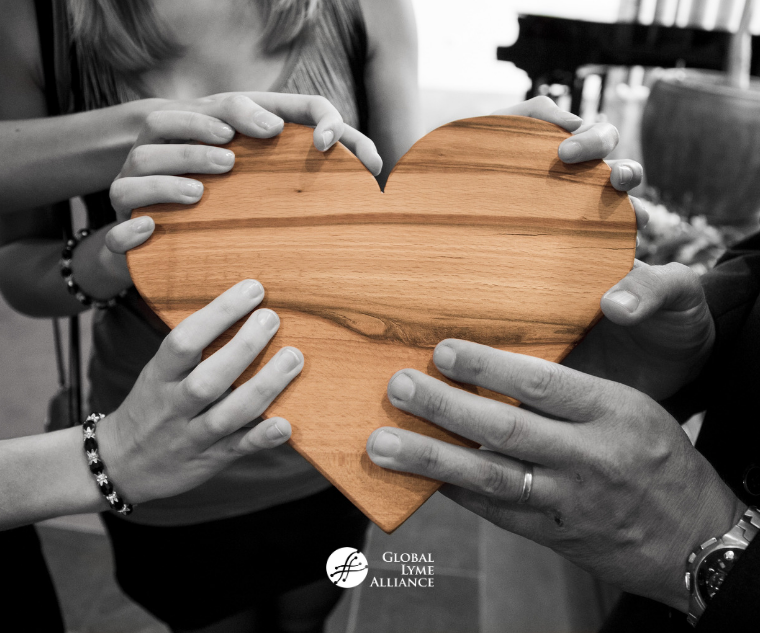 Why is asking for help so hard? Sometimes it’s necessary, especially when you are chronically ill

Last winter an acquaintance sustained an injury that made it difficult for her to do any heavy lifting. She managed well enough until a big snowstorm hit her area. Her doctor warned her not to shovel her driveway. But because she lived alone, she was either going to have to ask someone else to shovel or stay snowed in.

The solution here seems simple, but it’s actually quite difficult for anyone who is a natural “helper”. As individuals, we are happy to provide help, but we’re not very good at receiving it, and even worse when it comes to asking for it. To ask for help is to show one’s vulnerability; it is to relinquish some control and recognize one’s own limitations. And that makes a lot of us uncomfortable.

A little more than a decade ago, when I was in the throes of a Lyme relapse, I was in a similar situation. I was living alone in Vermont when the state got walloped with more than two feet of snow. Stuck on my couch, barely able to address my basic needs, I wondered how I would ever dig myself out. I saw neighbors huffing and puffing as they unearthed their vehicles and driveways. I hardly knew any of them. How could I possibly ask them for help?

I resigned myself to staying indoors. But my symptoms worsened, and my doctor said I needed to start a new antibiotic. That meant going to the pharmacy, which meant digging out my car.

I paced around my apartment, trying to figure out what to do. I did not have the physical strength to shovel, no matter how badly I wanted to do it or how hard willed I believed myself. I had no choice but to ask for help; I didn’t like being in that position. It brought on feelings of shame and guilt that have often accompanied me on my Lyme journey.

I called my mom. She lived out of state and couldn’t physically help, but she suggested I call an old college friend who lived in my town.

“I can’t do that!,” I said. “He has a family to take care of! I’m sure he’s busy digging out their own cars. He works full time, too. How can I give him this big task on top of everything else he’s got going on?”

I see now that I was projecting my own fears on the response of my friend. I was trying to think of all the ways my request could be a burden on him, without allowing him a say in the matter. I assumed he’d be annoyed or put out, but those assumptions stemmed from my own discomfort.

In the past, I’d had the experience of asking the wrong person for help. Once during my illness, I planned a lunch with former colleagues. I knew I would have more energy if I didn’t have to drive myself to the restaurant, so I asked a colleague who lived nearby if she could pick me up.

“That’s really going to be tough,” she replied. “I have a lot of other things going on that morning, and picking you up would be an extra ten minutes out of my way.” I’d had to swallow my pride and when my request was rejected, I felt embarrassed and ashamed.

In fact, I’d simply asked the wrong person; that sometimes happens, just as sometimes I’m not available to help others as I’d like to. My former colleague wasn’t very understanding when it came to illness. Some people aren’t. Other people are, though, and there was no reason to believe my old friend wouldn’t be compassionate.

Finally, I bit the bullet and called. “Of course I’ll help,” he said without hesitation. “Give me an hour to finish shoveling off our cars, and I’ll be right over.” An hour later there he was, heaving piles of snow with the strength of a lumberjack, and an hour later he was finished. What seemed an insurmountable task to me had truly been no big deal to him, and he said so when I offered to pay him or at least make him some hot cocoa. “Happy to help,” he said. “Let me know if there’s anything else you need.”

I relayed this story to my injured acquaintance who was also snowed in. Together we created a shortlist of people she could ask for help.

A few days later I called to check on her. She was sacked out on her couch, her injury worse, because she’d never called anyone. She had insisted on doing the shoveling herself. She didn’t want to appear weak, she confided. And besides, no one could shovel her driveway as well as she could.

I understood where she was coming from because I’d once been there myself. Over time, though, I’ve realized that asking for help is not a sign of weakness; it actually takes a lot of strength. I also learned that it’s okay to release control over external matters from time to time, like how well the driveway will be shoveled, in order to focus on one’s precious health.

Doing so will allow you to get stronger faster, so you can get back to helping others. Until then, you can still be a natural helper from bed, just by being a good friend, a good listener, and a confident presence. If it feels overwhelming right now, that’s okay; it means that you need to take this time to focus on yourself and get well, so that one day, you can pay it forward.