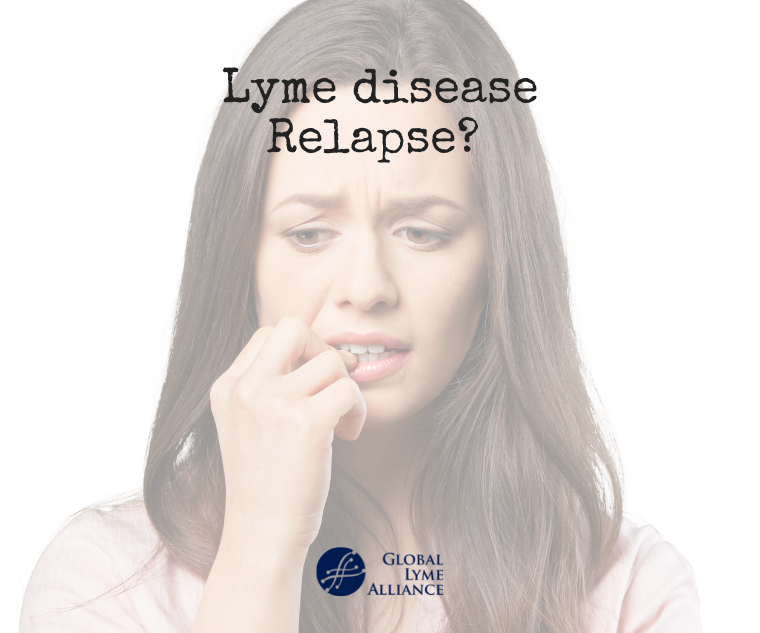 Is Lyme disease ever really gone from your body? Relapsing is a constant reminder and reality that the bacteria are still lurking.

I am writing a memoir about my journey with chronic tick-borne illness. I avoided work on the manuscript for the last month not just because I was busy, but because I was scared. I’d hit the point in the story leading up to my 2007 relapse and I was terrified to write about it. This isn’t to say other parts have been easy to write; it can be difficult to revisit the angst and pain surrounding crushing fatigue, Herxheimer reactions, and migraines. That relapse looms as the very worst part of my whole journey. Ten years after that low point, relapsing is still my worst fear. It’s a worry many Lymies share.

Writing about the relapse meant I would have to confront that experience head-on. I shared my concerns with a writer friend, who asked what a relapse would look like for me. She hadn’t known me in 2007, and though she’d heard stories of what I’d gone through, she didn’t know the whole story of that period. Had it happened out of the blue? Had something caused it?

Lyme relapse can happen spontaneously, simply because all it takes for symptoms to recur is one dormant spirochete to start quietly replicating in the bloodstream. It’s possible that a Lymie could spend his or her days in a hammock on the beach and still relapse, because we can’t control what leftover spirochetes will do, the same way a cancer patient in remission can’t control when cancer cells start metastasizing again. That said, there are other factors that tend to contribute to Lyme relapse and we do have some control over them.

Because I had been feeling better, I stopped antibiotic treatment in summer of 2006. I continued to do well for several months, regaining so much strength that I was able to do a full workout at physical therapy. I was employed as an editorial assistant for a magazine, and was writing my first book. I still had some limitations, but I felt much better than in my bedridden days, and it seemed I would only continue to do so.

In November 2006, I moved to Vermont. I had been living in Connecticut with my parents for two years, and was ready to regain my independence. Instead of taking a small step, such as moving out on my own in their town, I rushed off to the outdoorsy environment I craved. But I wasn’t ready for that environment, and I didn’t realize that until I was there, five hours from my family and alone. I was not yet ready to ski, especially since my energy was now being spent on chores like food shopping, which my parents had taken care of in Connecticut. I knew how to fend for myself—I’d lived own my own in Paris and Colorado—but I didn’t have the physical stamina to do so in Vermont, not on top of taking care of my health and working. Very quickly, my fatigue returned.

I did my best to push through it, because work had suddenly picked up. On top of my usual writing and editing responsibilities, I was tasked with a huge research project that was far too taxing for a brain compromised by chronic neurological Lyme disease. It wasn’t long before I started experiencing brain fog, insomnia and anxiety again.

Then the muscular and joint aches came back, making it hard to type, and then the migraines, which felled me for whole days at a time. I didn’t have the energy to do laundry or cook, much less run errands. I saw myself headed back to the bedridden state I thought I’d left for good, and the mere idea of that terrified me. I became anxious about that possibility, anxious about not getting my work done, anxious about not being able to support myself, anxious that I wasn’t enjoying the Vermont lifestyle I’d envisioned. Stress, it turns out, is a leading factor in Lyme relapse.

“Getting that stressed out is like walking into a minefield of ticks,” my doctor told me. Stress causes a release of cortisol, which can speed up the reproduction of Lyme bacteria.

“Getting that stressed out is like walking into a minefield of ticks,” my doctor told me when I called about the resurgence of symptoms. Stress causes a release of cortisol, which can speed up the reproduction of Lyme bacteria. The big move, the overload of mental work, the physical fatigue and the anxiety all created the perfect storm for me—especially because I was no longer on antibiotics. My system had no defense against the spirochetes that came raging back to life, replicating at such a rate that by February 2007 I was back in Connecticut at my parents’ house.

I could not stand the fact that I’d touched health, freedom, and independence, and then lost it all again.

I restarted treatment. It was a long, wobbly road, but eventually I battled my way back to remission once more. This time I took baby steps, moving just a few minutes from my parents, taking on smaller part-time jobs, really pacing myself, ever trying to ward off another crash.

I’ve been working to fend off relapse for a decade now. Even though I’ve gotten healthier and stronger—I moved to Boston, went to grad school, published my first book, started teaching, and started skiing—and even though I have a much better maintenance plan in place, I still fear relapsing. In a way the fear is good, because it keeps me on my toes;  it forces me to take care of myself, because I know how severe the consequences can be if I don’t.

When I explained all of this to my writer friend, she said, “Maybe writing about the relapse will be empowering. You’ll feel like you’re taking control over it.” Dubious, I gave it a try. To my surprise, the words have been flowing. I’ve written three chapters about my Vermont downfall. While I haven’t yet tackled the lowest point of my relapse, I’m getting closer to it. I’m learning that the best way to deal with fear is to grab it by the horns.