The Lyme Voices You Didn't Hear at TBDWG Meeting

The Tick-borne Disease Working Group (TBDWG) issued a public request to hear from patients willing to share their stories for its July 8, 2020 meeting. It’s an important part of these meetings, where the public and the TBDWG members can hear directly from patients, to better understand the dire need for answers and results.

Four of Global Lyme Alliance’s Educational Ambassadors submitted their public comments for this meeting. We’d like to highlight their stories and share them with you now. Below are the unedited submissions from Lyme patients Fawna Bough, Rhonda Howdyshell, Jen Kenley, and Robin Reich. 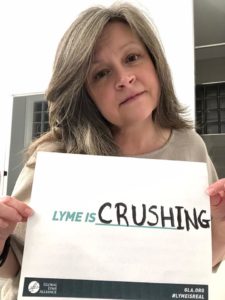 My name is Fawna Bough and I have struggled with tickborne diseases (Lyme, Babesia, Bartonella, Ehrlichiosis) for at least 14 years. I struggled for years to get a diagnosis which finally came in 2015. Since then I have been battling these tickborne diseases–most of which the costs have been solely my burden to bear as my insurance refuses to pay for most of the treatments, and my doctor appointments, related to my illness.  I have spent 10s of 1000s of dollars fighting this disease. The financial burden has changed most every plan I had for my life and retirement. I had to retire early from a job that I loved, realized that most of my family and friends thought I was a hypochondriac as I watched them distance themselves from me, and I continue to fight these diseases on a daily basis.

This disease brought me to my knees and almost took my life. I have heart and neurological involvement, have been bedridden, have permanent muscle damage, the list goes on and on… and I still struggle with mobility from time to time. These diseases have disrupted my immune system so much that I have now progressed into other issues i.e. POTS, Reynauds, etc. I will also share that these diseases have sadly changed me from the inside out. My personality morphed into a person that I literally did not recognize and I’m still trying to get myself back.  The neurological suffering of patients like myself is simply indescribable.

I am grateful that the Tick-Borne Disease Working Group is allowing TBD victims to voice their comments as this disease changes the trajectory of your life in every way possible. The barriers that are currently in place that discard us as patients need to be removed quickly and permanently.  There have been a variety of treatments that have been prescribed to me to help me heal; however, because of my diagnosis of TBD, my insurance will not approve those treatments due to their claim that chronic TBD does not exist and/or because the treatments that I prefer lean more toward holistic healing vs. traditional Western medicine. The treatment decisions for any disease should fall solely on the patient. There should be equality toward coverage of both holistic and traditional medicine.

I have suffered long enough, as has my fellow Lyme Warriors.  There are thousands of children that are getting TBD and not being diagnosed and these kids are being set up for a lifetime of suffering.  We have NO RELIABLE TESTING.  We have NO CURE.  Please help us gain equality in treatments.  Please help us.

Thank you for your time and consideration. 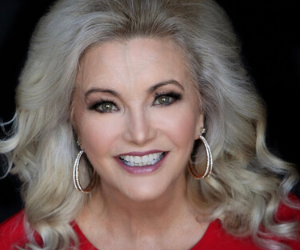 Just last week another doctor shared with me that it wasn’t possible to have advanced or undiagnosed Lyme Disease. Find that contrary to my own experience. I was only 8 years old growing up in Northern Virginia when my family thought sending me to camp in the Shenandoah Valley for 6 weeks would be a wonderful adventure! It was horseback riding, pond swimming, hiking, and outdoor showers and privies were all part of my summer adventure! Then one day a counselor was helping to brush and braid my hair when they found an engorged and embedded tick in my hair. It was a big deal and the nurse had to remove it, using a match to burn and make it come off. When I came down with a disseminated rash a while later—they quarantined me with measles. It was determined later it wasn’t measles. My later childhood was marked by allergy issues that had me on antibiotics often. Later I developed a strange blood disorder where I would bruise and bleed upon the slightest bump.

I moved to the Shenandoah Valley in 1979. Ticks were commonplace. Most symptoms Drs and I wrote off to getting older. including thyroid disorder, skin mottling, confirmed arthritis (suspected RA) in my hands and feet, and joint deterioration in my hip that required a replacement to walk.

I retired at 62 early, as the cumulative deterioration was making work very difficult. The next spring I found a tick attached to my chest. I had no bulls-eye, it was only on 8-10 hours. The subsequent flu, neck pain, and facial paralysis didn’t give me a clue. but a migrans rash that appeared on my calf sent me to the doctor and they diagnosed Lyme based on symptoms (note no blood test was administered! Which means the health dept/CDC didn’t have to count the case as confirmed Lyme). The speaking difficulty (not being able to remember words) and cognitive disfunction got more severe. (Like writing this account would have been impossible.). They gave me 14 days of doxycycline. Cured… NO, so I tried to accept my new normal of no energy, cognitive lapses, and arthritis throughout my body as my lot in life.

Then a friend suggested an LLMD doctor and I went to one near me. The blood tests were done and I tested “wildly positive” for Lyme. Treatment of 28 days of Doxy began and I felt some better. Then a course of two antibiotics followed. The treatment was harsh and I was sick (Herxing) daily on it. But still, I felt 60% better and I was grateful. Then I showed the LLMD the massive bruises on my legs and arms (had this since childhood) and a sore that wasn’t healing. Diagnosis? Secondary Lyme infection .. and this time the doctor tried a new trial – the WEIGMAN protocol. I remember it was just before Christmas and I decided to wait until after the holiday and I was tired of being sick every day from the meds. The protocol was cheap and effective, It gave me back my life.! It was a pulsed Mindi / Tindi antibiotic that has proven studies that show a complete kill of spirochetes over others that foster the formation of round cysts. (you know the ones that hatch out after the antibiotic cure and then multiply so you stay sick). It included boosting the immune system before starting it, to allow your body to fight along with the meds.

So my advice is: 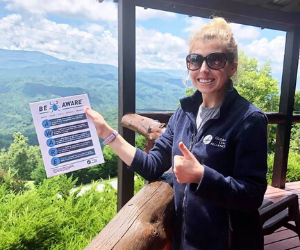 As a patient with Lyme disease, and an Ambassador for the Global Lyme Alliance, it is difficult to put into tangible words what I want to convey to your team. The Lyme community just lost one of our greatest advocates this past week (as of June 24th), Dr. Neil Spector. Following your last meeting, I know that I speak for many Lyme patients when I say that we are deflated, crushed, and incensed by things that were said.  Most pointedly at the disregard for two million lives (“Post Treatment Lyme Disease” patients) in refusing to update the CDC’s treatment guidelines. The CDC’s guidelines have and continue to fail the Lyme community shamefully.  I know this personally, I have done the CDC’s advises Doxycycline regimen and am left with almost no immune system (after years of “PTLD”), terrible arthritis, ongoing night sweats, heart abnormalities and debilitating brain fog and loss of memory.  I am 33 years old, crying over my 5-year-old son at night because there is nothing else that can be done for me because of the “guidelines” in place. In September we had to sell our house to pay medical debts, because again, thanks to the CDC’s guidelines my continued treatment is not covered by insurance.  There have been NUMEROUS studies indicating that Lyme disease can hide in the joints and that people are affected for years despite these Doxycycline doses (Please see Tulane and John Hopkins studies). Many suggest a three-antibiotic cocktail and others, like Dr. Sapi (New Haven) propose enzymes and drugs to break down biofilms in remaining bacteria to enhance antibiotics.  To be completely candid, myself and a lot of others in the Tick / Vector-Borne Disease community have lost faith in the ability of this group to make empathetic, fact-based decisions following this past meeting. With Lyme now in all 50 states and enough PTLD patients to fill the city of Chicago, we can no longer be ignored.  We are pleading with every one of you to revisit and amend the CDC guidelines. For those unwilling to bend, please put aside your conflicts of interest and stand on the side of history that fights for humanity.