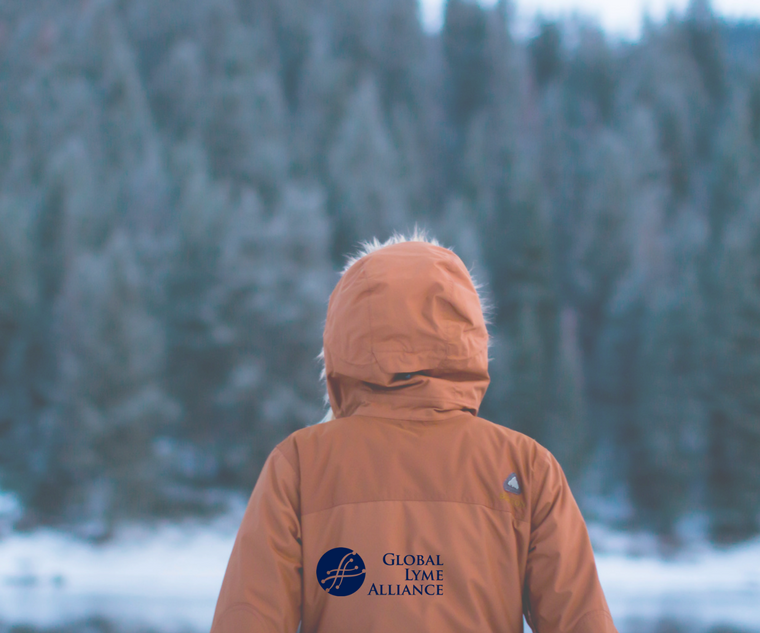 Writer Jennifer Crystal discusses common Lyme disease misconceptions. Many are surprising! Read on to ensure you are up to date.

In late November, a friend told me she’d just found an engorged tick on her leg. “Isn’t that crazy,” she said, “at this time of year?”

Like many people, she had fallen into the false sense of security that colder weather meant fewer ticks. Maybe this was true once. Now, however, ticks are a year-round problem. While deer tick nymph season is in late spring and summer, adult ticks feed in fall and—thanks to global warming— in winter too. Ticks can’t survive in very cold climates, but now that we are experiencing markedly warmer winters in the U.S., ticks are living year-round and in previously inhospitable areas. Warmer temperatures have also sped up ticks development rate, allowing them to reproduce faster.

In a recent Boston Globe article, Dr. Howard Frumkin, former environmental health director at the US Centers for Disease Control and Prevention, said that “the ticks do better with warmer weather.”[1] Indeed, Lyme cases have more than doubled since the 1990s, with the CDC now reporting approximately 325,000+ new cases each year.

Another reason for this explosion in numbers is the way Lyme disease is spread.

We typically associate Lyme with deer—and increased deer populations are a problem—but those animals are not the only tick vectors. Birds and white-footed mice also host ticks, allowing ticks to travel to unexpected areas at unprecedented rates. White-footed mice have become a bigger problem in the last two years due to a bumper crop of acorns—more food has meant more mice and, therefore, more hosts for ticks. A late autumn stroll among acorns and leaves—another hiding spot for ticks—can result in a surprise bite like my friend encountered. Though we tend to be covered up more in the colder seasons, ticks can still attach to our clothes and crawl under a pant leg or behind a collar to reach open skin. Hunters should take special care, and of course, it’s important to continue to check our children and pets for ticks throughout the winter months just like we do in other seasons.

Luckily, my friend’s tick tested negative for Lyme and co-infections. But another friend who found a tick on a winter walk in Boston was not so lucky. That’s right—this occurred in a city! That’s because to reiterate, ticks are not just carried by deer, but can live anywhere that birds and mice go. Researchers in Poland recently published a study in the peer-reviewed journal Parasites & Vectors that found “…well established populations of ticks in urban areas.” The study concluded that “awareness of the presence of these disease agents in cities should be raised.”[2] Around the world, tick-borne illness is not just a suburban problem anymore, nor is it just a summer problem. It is a year-round threat.

Even in Canada, ticks are still an issue well into snowy winter. One woman in Halifax reportedly pulled 12 to 15 ticks off her dog after an hour-long walk, while a zoologist at the Nova Scotia Museum receives 150 ticks a week for identification from various medical offices—more than he receives in the middle of summer. Donna Lugar, Nova Scotia’s representative at the Canadian Lyme Disease Foundation, gets a lot of calls from new patients in the winter—even ones who have become sick after being bitten in a Christmas tree farm lot.[3]

This story begs the question, can ticks come inside the house on Christmas trees? Many people have this concern after finding little black bugs crawling out of their trees. There’s been fear that ticks lay eggs in the trees, which then hatch in the warmer temperatures inside the house. Though Tick Encounter Resource Center has debunked this as a myth, saying that the “ticks” people find are actually Cinara aphids, six-legged bugs with antennae. Ticks have eight legs, and no antennae. Cinara aphids are pests particular to Christmas trees grown in the field, and if the grower doesn’t treat the infestation, the bugs make their way into homes.[4]

Aphids don’t pose a health threat, but ticks do. For that reason,  it’s important to look out for them not just in the woods or at Christmas tree farms, but anywhere you spend time outdoors in winter. Stay vigilant for a happy and healthy holiday season!