You Know Your Body Best 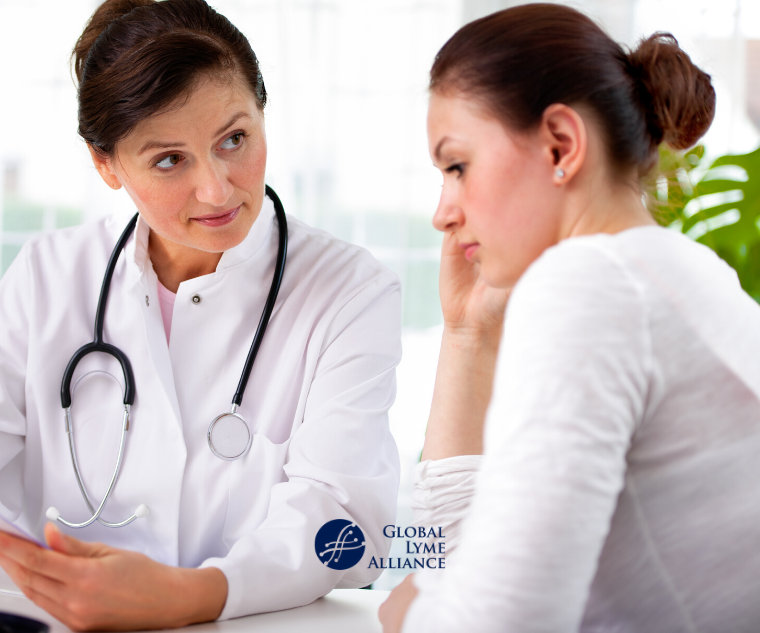 …we grow up thinking of doctors as all-knowing. Whatever ‘the doctor’ said—be it the Primary Care Physician, the family doctor, or the ER doctor—was once deemed absolute.

This doesn’t have to be the case.

When I was originally diagnosed with Lyme disease and two co-infections—babesia and Ehrlichia—I took oral antibiotics for six weeks. They didn’t work as effectively as my doctor had hoped, so he suggested I switch to intravenous antibiotics through a PICC line. I had been on the PICC line successfully for about seven months when one afternoon I was suddenly gripped with searing abdominal pain.

I was eating a banana with peanut butter when I felt a stabbing, wrenching ache just under my right rib cage. Dropping my snack, I clutched my side, grew dizzy, and started to sweat. Trying to escape the pain, I ran into the next room, where I collapsed on the floor, writhing and screaming.

Maybe it’s from the PICC line,” exclaimed my worried mother.

I shook my head. The attack felt too localized to be related to the PICC line, which was in my left arm.

Again, I shook my head. The appendix is lower,” I gasped. This pain is right under the rib cage.”

We drove to the ER. I screamed the whole way, feeling like someone was stabbing me with a knife over and over.

The ER doctor did a scan, read it, and diagnosed constipation.

I looked at him quizzically. I have a lot of medical issues,” I said, “but constipation isn’t one of them. This pain is far more severe than constipation.”

He shrugged. Well, your scan shows a lot of stool in your colon, so that’s what it is.”

Turns out, what this doctor saw wasn’t stool, it was gallstones. He had read the scan backward, mixing up the colon with the gallbladder. Thankfully, my Lyme Literate Medical Doctor (LLMD) realized what was really going on. The intravenous antibiotics had caused gallstones, a rare side effect of the particular medication I was taking. I was having a gallbladder attack, brought on by eating a fatty snack. I went to another hospital, where I had emergency gallbladder removal.

My LLMD and my surgeon knew the original ER doctor was wrong. So did I. I didn’t know I had gallstones, but I knew I wasn’t suffering from constipation. I knew that what was going on in my body was different—more severe—than what the ER doctor was telling me, and I spoke up.

Patients with tick-borne diseases often need to do this. It can take years for some patients even to get diagnosed, because the doctors they’re seeing aren’t well-versed in tick-borne illnesses and don’t put together what are often nebulous symptoms. Moreover, because diagnostic tests are so faulty, some patients get negative results and are told they are fine. Even once diagnosed, other doctors treating patients for acute issues may not understand the complexities of underlying tick-borne infections, and may dismiss them as irrelevant.

This is when Lyme patients need to advocate for themselves. Those suffering from Lyme and other tick-borne illnesses need to explain their symptoms or diagnoses, push for tests, and reject any doctor who doesn’t have an answer for them and move on to one who does. This last action can be the hardest of all, because we grow up thinking of doctors as all-knowing. Whatever “the doctor” said—be it the Primary Care Physician, the family doctor, or the ER doctor—was once deemed absolute.

This doesn’t have to be the case.

There are many good doctors, and often what they say is correct. But when you feel unheard or invalidated, or simply have a gut feeling that something more is going on with your body, you have a responsibility to find a different doctor. This isn’t always easy to do when you’re sick and tired and have to deal with insurance. But it’s worth it. Had I listened to the ER doctor and accepted his diagnosis of constipation, I might have eventually suffered a fatal gallbladder attack. Had I stopped with the first doctor I saw with flu-like symptoms back in 1997, I might still be bedridden, never accurately diagnosed with tick-borne illnesses.

No one knows your body better than you. When you’re a patient, you become so in tune with every little change in your body, and that’s a good thing. I can tell when my temperature is 98.4 and I can tell when it’s 99.1; the thermometer just confirms what I already know. I know the difference between what it feels like when I’m getting sick, and what it feels like when I’m just run down. You likely do, too. It can be easy to be swayed by other people’s opinions. They’re well-meaning when they say, Maybe you have the flu,” or maybe it’s the weather.” But only you know because you can feel exactly what’s going on in your body.

Being thus attuned puts Lyme patients and those with chronic illnesses ahead of the learning curve during the current COVID-19 pandemic. Suddenly everyone is aware of every cough, sniffle, or temperature fluctuation. Lyme patients already know what’s typical for them—what signifies baseline health, what signifies a Lyme flare, and what signifies a different acute illness—and that is especially helpful at a time when medical facilities are overwhelmed as they are now and many appointments are being conducted via telehealth. We can notice important changes in our bodies and explain them to our doctors.

So trust your instincts. It’s okay to speak up for what you believe you need. It’s okay to seek a second, third, or even twelfth opinion. Your body is counting on you to give it the best possible care, and only you know what that feels like.

Related Blogs:
How to Be an Advocate with Your Non-Lyme Doctor
Be a Victor, Not a Victim
WellBe Founder Adrienne Nolan-Smith’s Journey to Beat Chronic Lyme Disease