What We Know and Don't Know About Lyme Disease

by Admin at Global Lyme Alliance on February 4, 2022 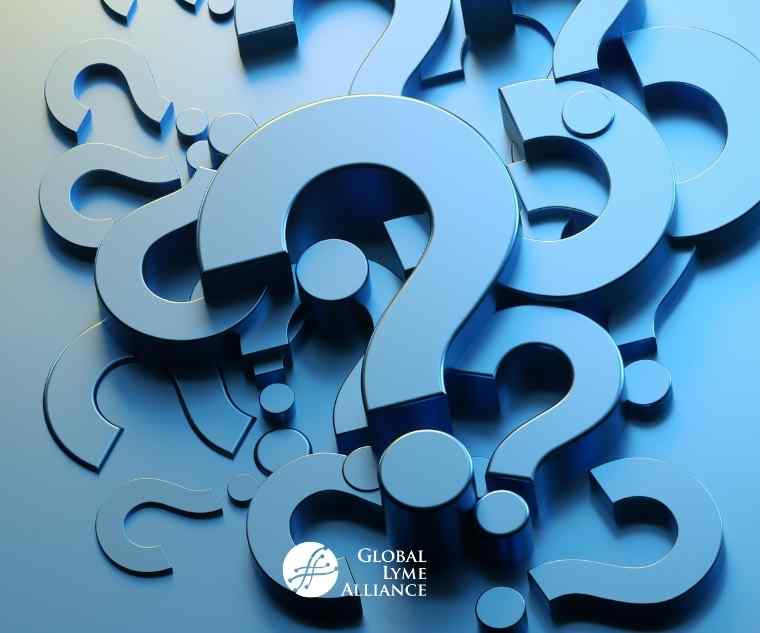 It has been more than 40 years since the discovery of the causative agent of Lyme disease. Much has been learned, but several key questions remain: 1-how do we know if the infection has been eradicated, 2-can it become dormant, then reactivate, 3- in patients with persistent symptoms, are these due to continuing infection or to non-infectious sequelae, and 4-are there treatments that can resolve the infection?

We know that Lyme disease is caused by the bacterium Borrelia burgdorferi, transmitted by the bite of an Ixodes tick. We know that the bacteria may be isolated from the typical erythema migrans rash, and can be occasionally recovered from the circulating blood in the subsequent 2–3 months (1). After that time, it has not been possible to consistently isolate the bacteria from any body fluids or tissues.

So, where are they? Under the skin, as demonstrated in studies with macaque primates (2), and similarly in preliminary studies in humans (3)? Intracellularly, as is the case of most, if not all pathogens that can become latent, then recur? Or both? Hence, the central question at the heart of the controversy surrounding the diagnosis and treatment of Lyme disease; i.e., whether persisting or relapsing symptoms are due to continuing infection or due to post-infectious phenomena.

Accumulating evidence regarding the persistence of biologically active, albeit non-replicating bacteria derives from several studies in various animal models. Hodzic et al. demonstrated that B. burgdorferi can persist in mice following antibiotic treatment but were non-cultivatable (4). Casselli et al. demonstrated that B. burgdorferi can colonize the dura mater in mice, are biologically active, and induce host gene inflammatory responses (5). Embers et al. demonstrated post-antibiotic treatment persistence in a non-human primate naturally tick infected model (6) and recovery of the spirochete by xenodiagnosis (2). Similarly, there was recovery of non-cultivatable B. burgdorferi by xenodiagnosis in a few human patients who had had an erythema migrans rash and had had prior antibiotic treatment (3). These results, plus observations by us and others that retreatment of patients with recurring or persisting symptoms following initial antibiotic treatment using specific antibiotic regimens (7), lend strong support to the hypothesis that it is persistent infection by B. burgdorferi that is the likely cause of persisting symptomatology. In contrast, attribution of post-infectious symptoms to some post-infectious phenomena has only been speculative without any supporting evidence.

Currently, in the absence of any currently available means to directly detect the bacteria or its products, the diagnosis is dependent on the clinical history and any associated manifestations, along with the results of serologic studies. A major clinical problem is, that with the exception of patients with Lyme arthritis, most patients with continuing symptoms have no objective signs for Lyme disease, making the diagnosis dependent on the clinical picture that overlaps with that of chronic fatigue syndrome and fibromyalgia. Making it more difficult is the fact that many such patients do not have robust serologic responses to the causative organisms (8). And, despite claims that once one is treated with 4 weeks of antibiotics, one no longer has Lyme disease, or, if Lyme test results revert to negative, it means one no longer has Lyme disease, these claims being unsupportable in the absence of any means to prove the bacteria's absence (9).

It also appears illogical, when patients have persisting or relapsing symptoms identical to those at the initial presentation, to opine that the infection is no longer present and that the remaining symptoms are post-Lyme disease of yet to be defined cause. It would seem more logical to assume that the infection has not been eradicated. It may be that ongoing symptoms are due to post-infectious factors, e.g., autoimmunity without provocation from persistent infection, but that has yet to be demonstrated as an obvious cause of the ongoing clinical picture. It seems much more likely that the cause of symptoms are due to some bacterial product, be it an exotoxin or endotoxin, similar to that that is at the root of most, if not all other bacterial infections, accompanied with host-responses to that virulence product or products, including inflammatory and autoimmune responses (10).

Click here to read the rest of the article.