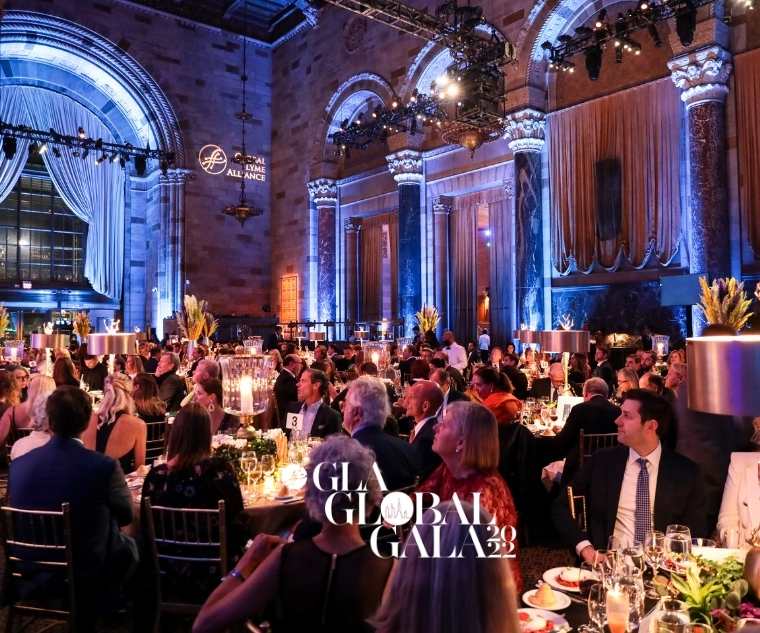 Chris Meloni, Nicole Miller, Kelley Flanagan, and Peter Weber were among guests in attendance at the organization's first in-person gala since 2019

Global Lyme Alliance (GLA), the leading 501(c)(3) dedicated to conquering Lyme and other tick-borne diseases through research, education, awareness, and patient services, announced that its seventh annual gala raised over $1.85 million this past Thursday at Cipriani 42nd Street in Manhattan.

A highlight of New York's philanthropic calendar, the money raised at the event will support GLA's mission to advance scientific research leading to a reliable diagnostic test, improved treatment options, and, ultimately, find a cure for Lyme and other tick-borne diseases.

The 2022 GLA Global Gala was Global Lyme Alliance's first in-person gala since 2019, which welcomed business leaders, philanthropists, noteworthy scientists, past honorees, board members, and Lyme warriors. The spectacular and one-of-a-kind gala was a night to remember for invited celebrities, business leaders, and top scientists alike.

The evening's honored guests included Kim & Atty Cleworth, a mother and daughter who have been  impacted by Lyme disease. They are also Executive Producers of the film I'm Not Crazy, I'm Sick. An exclusive preview of the film was shown to the audience at the gala.

A live auction led by Jason Lamoreaux auctioned items, including a trilogy of sports events, travel experiences, and a golf weekend with PGA Champion Jimmy Walker, which ended up being sold twice!

The evening program began with cocktails and dinner, a video contribution by Debbie Gibson, and a speech by the Moulin Rouge Broadway Star Ashley Loren on impact that Lyme disease has had on her life. The event was hosted by master of ceremonies Rosanna Scotto, Co-Host of FOX 5 "Good Day New York." The evening also featured an exceptional live performance by Recording Artist Pia Toscano and, later in the night, Erich Bergen, Star of Madam Secretary, and both the stage and screen versions of Jersey Boys.

Celebrated event planner Larry Scott of Lawrence Scott Events produced the gala experience by donating his designs and décor to the virtuous cause for the fourth year in a row, showcasing his long-standing dedication to the Lyme community.

Thank you to our sponsors

About the Global Lyme Alliance:

The Global Lyme Alliance (GLA) is the leading 501(c)(3) dedicated to conquering Lyme disease through research, education, awareness, and patient services. GLA has gained national prominence for funding some of the most urgent and promising research while expanding education and awareness programs for the general public and physicians. We support patients through our patient services program and those around the globe needing information about tick-borne diseases.