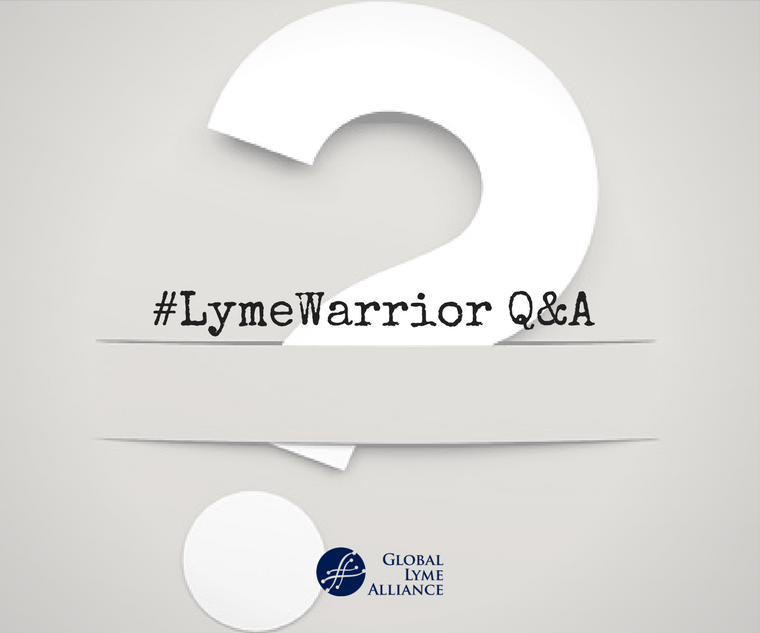 Every few months, Jennifer Crystal devotes a column to answering your questions. Here are her replies to questions she has recently received. Do you have a question for Jennifer? If so, email her at jennifercrystalwriter@gmail.com.

How do you establish balance in your life?

This is a tough one when you’re dealing with chronic illness. When you’re in an acute phase, your life revolves around taking medications, sleeping, and going to doctor’s appointments. When you’re well enough to get back to living but still have limitations, balance can be difficult to achieve. The temptation is either to deny your illness entirely, or not to allow yourself any down time because of your illness, and I know from personal experience that neither extreme works.

When you start to feel better, all you want to do is jump out of bed and do all of the activities you used to do before your illness. As soon as I got my PICC line out, I wanted to move out of my parents’ house, where I’d been convalescing, and start working, exercising, traveling, and seeing friends. These desires are natural, but they are also a chronic Lyme patient’s Achilles heel, because doing too much at once will send you right back to bed, which is not where you or I want to be. For me, taking on too much while ignoring and/or not understanding how to manage my limitations, caused a complete relapse. I ultimately learned that it’s better to dip your toe in the water slowly than dive in head first. The second time I battled my illnesses into remission, I started some volunteering before starting to work part-time. I went out for brief lunches once a week or so, but gave myself recovery time in between the outings; and I worked very slowly at physical therapy. Even now, when I’m so much healthier, I maintain balance by living my life within the context of my chronic illness.

Another pitfall chronic Lyme patients, including those with tick-borne co-infections,  fall into is not giving themselves any time “off”. I used to think, “Well, if I can only work part-time, then I need to put every once of energy I have into that work, to show that I’m  earning my keep.” But that led to burn out. It’s actually very important to take the time to simply relax, expending your energy on simple pleasures like watching a silly TV show or perusing a light magazine. So the best way to establish balance in your life is to first give yourself permission to have it!

Do you know any cases where someone became unfit to work due to taking too much time off? I worry that by not using my brain, I’ll lose my capacity for work.

This is an understandable concern, but you have to remember that your body is working very hard to heal from tick borne illness. I used to worry that my body and brain would succumb to entropy, but even after years of illness, they did not. My mind did not turn to mush, despite brain fog, syntax errors, mental confusion, and sleep disturbances. My body did not wither away, even though I lost and had to regain most of my muscle. But I did ultimately restore both my physical and mental faculties, and I don’t think I could have done so if I had not given myself the requisite time needed to recover.

Your brain is working right now, fighting bacteria. Don’t push it before its ready. Whenever I tried to do that, I paid the price. My brain fog would only worsen, and I would only get more frustrated and discouraged. When I tried to exercise before my body was ready, the spirochetes only increased their activity, making me feel worse. Lyme is not a “just push through it” disease like, say, some types of flu. It’s much more serious and requires a sensible long-term view when it comes to recovery.

That said, do allow yourself to slowly regain your capabilities when you’re ready. When I was too tired to complete articles or essays, a friend of mine would play short writing games with me. He’d make up rules such as, “Send me two sentences using only three syllable words,” or, “Make up a funny story about a dog and tell it to me using only short sentences.” These activities helped me to pass the time, but also allowed me to use the language center of my brain without overworking it. Eventually, I was able to build back up to my original capacity. Though I remain heedful of overstimulation, now I can read and write articles, edit student essays, and write this column—plus work on my book. I wouldn’t have been able to do any of that had I forced my body and brain to work before they were ready.

Can you have Lyme without co-infections?

Yes, and vice-versa. This is one of the most important and misunderstood facts about tick- borne illnesses. Ticks can carry multiple infections, not only Lyme disease but others as well. I personally tested positive for Lyme, babesia, and bartonella, and they all required different treatments. Had I only been tested or treated for Lyme, I would have only been fighting half the battle and, what’s most important, I would in all likelihood still be sick.

On the flip side, it’s also possible for a person to have a co-infection, but not Lyme disease. I know someone who had only ehrlichia, and another person who had only babesia. It’s very important to be aware of the symptoms of each-tick borne illness and, if you have any of the symptoms or have a tick bite or rash, that you visit a Lyme Literate Medical Doctor who can accurately diagnose and treat you.