Did You Pull a Tick Off of You? Here’s Why You Should Keep It 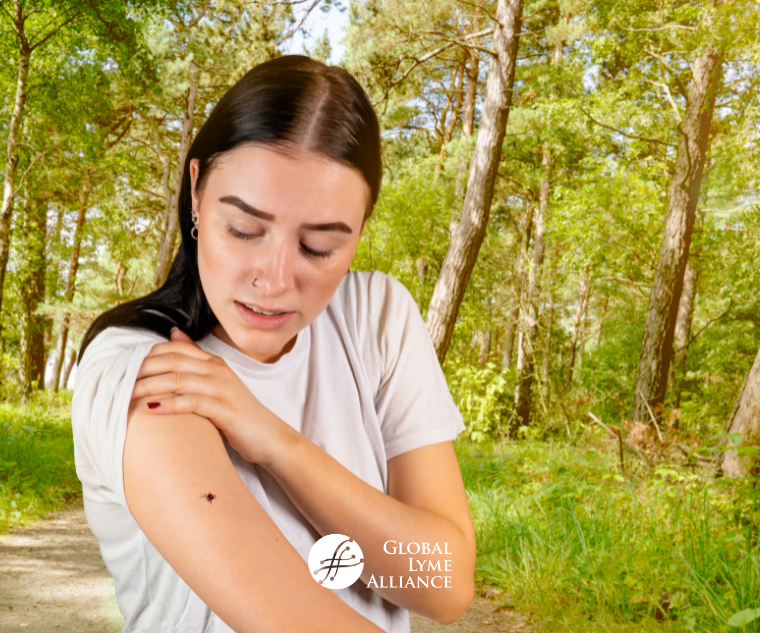 Ticks can carry multiple disease, including Lyme disease and other co-infections, which is why you should save the tick and send it out for testing.

Recently, a friend texted me a photo of a tick she had pulled out of her son’s hair. “What should I do?” she asked.

My first instinct was to tell her to get the tick tested to see what pathogens it could be carrying. In the meanwhile, she could call her pediatrician and get her son started on antibiotics. Even if the tick wound up not having Lyme disease or co-infections, it was safer to treat her son prophylactically than to wait and see. This is the advice I always give to anyone who finds a blacklegged tick, which can transmit the pathogens that cause Lyme disease, relapsing fever, Powassen virus, babesiosis, human granulocytic anaplasmosis (HGA), tick-borne encephalitis, and possibly bartonella. Blacklegged ticks are sometimes referred to as deer ticks, though it’s important to note that they do not only feed on deer; they also feed on mice, birds, chipmunks, and other small mammals.

When I looked closer at the photo my friend had sent, I realized that the tick she’d pulled off her son was a dog tick. Larger than blacklegged ticks with different markings, dog ticks don’t carry Lyme disease. They can, however, carry other diseases like tularemia and Rocky Mountain Spotted Fever. In fact, there are many different types of ticks, some endemic to specific geographic locations, that can transmit different pathogens. (For more information on types of ticks, please check out this Tick Table).

Because my friend had saved the tick in a plastic bag, we were able to examine it closely and determine what type of tick it was.

When we find a tick on ourselves, our children, or our pets, our first instinct after removing it with tweezers is, understandably, to dispose of it. But doing so throws away our greatest chance of figuring out if we’re at risk for tick-borne disease. Besides the fact that saving the tick allows us, or a physician, to look at size and markings, tick testing is more accurate than human testing for Lyme and co-infections. Why? Because tests on ticks look for the actual bacteria, whereas tests on humans only look for antibodies. It can take a while for humans to build antibodies against Lyme, which is just one reason standard testing is unreliable; false negatives could exceed 50%.

Sending ticks for testing can also help researchers understand exposure risks and tick populations in specific regions. After removing a tick, place it in a zippered plastic bag with a moist cotton ball. Label the bag with the date the tick was removed. It’s helpful to carry these supplies, as well as a pair of tweezers, with you when spending time outdoors. Once removed and bagged, ticks can be sent to a local health department or tick testing lab.

While waiting on results, it’s important to monitor the bite site for a rash. That said, many people never get, or see, a rash—and not all Lyme rashes look the same. You need to also watch for other early symptoms of Lyme disease such as fatigue, muscle and joint aches, and fever, and to talk with your physician about taking prophylactic antibiotics.

Taking good prevention measures against ticks is the first line of defense against Lyme and co-infections. This means being Tick AWARE: Avoiding high traffic areas, like tall grasses and leaf piles; Wearing proper clothing, like long pants, sleeves and socks; Applying EPA-approved tick repellent, properly; Removing clothing when back indoors and putting in hot dryer; and Examining yourself for ticks daily. Despite our best efforts, though, we still can get tick bites. When that happens, if you’re able to remove and keep the tick, the next best line of defense is to first determine what type of tick it is (some apps can help with this step), and then to send it out for testing.