GLA POV: Antimicrobial Action of Calprotectin That Does Not Involve Metal Withholding 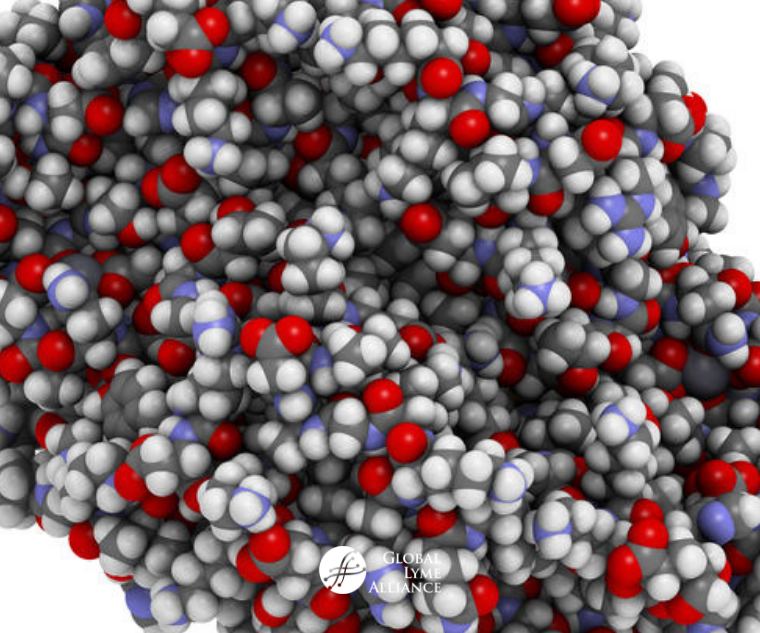 A Global Lyme Alliance (GLA)-funded investigator, Valeria Culotta, Ph.D. (Department of Biochemistry and Molecular Biology, Johns Hopkins Bloomberg School of Public Health), and her research group recently published an entirely unexpected finding regarding how our immune system protects us against invading pathogens. Transition metals such as manganese (Mn), zinc (Zn), copper (Cu), and iron (Fe) are essential micronutrients for virtually all living organisms. Yet these same metals are potentially toxic, and the host exploits this “double-edged sword” by either attacking pathogens with high/toxic levels of metals or by starving the invading microbe of metal micronutrients through a process called nutritional immunity.  Nutritional immunity is one of several defenses our body mounts against pathogens like Escherichia coli. A key protein involved in nutritional immunity is calprotectin, a potent antimicrobial that inhibits the growth of pathogens by tightly binding Mn and Zn thus preventing microbial growth.

Borrelia burgdorferi, the bacterial spirochete causative agent of Lyme disease, is rather unique in the bacterial world and with regard to metal biology in that it has no requirement for Cu or Fe. In contrast, B. burgdorferi does accumulate high levels of Mn through at least two uptake systems and Mn acquisition is essential for virulence, the bacterium’s ability to cause disease. The study by Angelique N. Besold and co-workers, published in the Royal Society of Chemistry journal Metallomics, shows that calprotectin is produced in the skin of Lyme disease patients by both keratinocytes of the epidermis and immune cells infiltrating the dermis, including macrophages. Thus, you might think spirochete growth would be inhibited through sequestration of Mn by calprotectin. On the contrary, what is remarkable and entirely unexpected is that, unlike with other bacteria such as E. coli, calprotectin does not inhibit growth of B. burgdorferi by restricting uptake of Mn or Zn. Instead, the mechanism of growth inhibition appears to require physical association of calprotectin with the bacteria. Though the exact mode of action needs to be determined, the importance of this finding derives from the fact that this novel means of blocking spirochete growth might aid in the identification of small molecule compounds that could mimic the effect of calprotectin, and thus have therapeutic benefit in the treatment of Lyme patients. An alternative to treatment with traditional antibiotics is desperately needed since as many as 20% of Lyme patients can develop Post-Treatment Lyme Disease Syndrome, of which antibiotic-resistant Lyme arthritis is one form.

Collectively, the results outlined in this new GLA-funded study provide evidence for the first time that calprotectin can inhibit bacterial growth without starving the microbe of essential metals. The capacity of calprotectin to act as an antimicrobial is indeed complex and, depending on the microbe and host niche, circumstances beyond nutritional immunity should be considered. Future studies will explore how this novel killing mechanism might be exploited for therapeutic benefit. Such efforts are consistent with GLA’s goal of expanding the repertoire of treatment options available to physicians treating an ever-expanding number of Lyme disease patients.