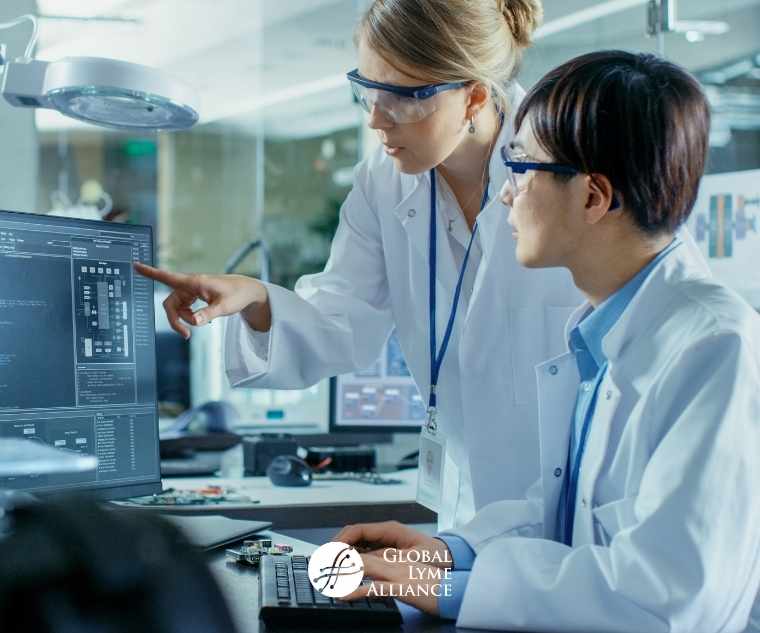 Research costs a lot of money, which is hard to come by. For Lyme disease research, it’s even tougher. Even though the National Institutes of Health (NIH) has raised its spending in this disease area to an estimated $50 million for 2021, that’s hardly commensurate with the estimated annual US incidence of 476,000 cases. Since at least 10% of these patients will experience treatment failure and have long-term disease that is inadequately understood, we need more meaningful investment in Lyme disease research. At Global Lyme Alliance (GLA), we know plenty of scientists who would love to start new, creative projects if they only had the money to do so. But competition for NIH grants is stiff.

That’s why nonprofits like GLA have stepped into the breach, raising money to support biomedical research in a clearly neglected subject. With help from our generous donors, we’re able to fund worthy projects, many of which are in early stages and would not be likely to receive grant support from NIH.

Such an example is Lyme disease research by Dr. Lise Nigrovic, an emergency room pediatrician at Boston Children’s Hospital. Some years ago, after seeing numerous patients with suspected Lyme disease, she realized that proper diagnosis is often difficult. Without diagnostic certainty, treatment decisions are also hard. So she applied to GLA years ago, proposing a repository of blood samples from children with possible Lyme disease.  These samples can be used to test new diagnostic methods, or can be analyzed to better understand the biology of infection in humans.

With dedicated multiyear funding from GLA beginning in 2018, Dr. Nigrovic expanded this repository, known as Pedi Lyme Net, to eight pediatric hospitals in six states. For comparison, samples are also collected from control patients who are not suspected of having Lyme disease. Careful patient histories are documented, and correlations with test results and clinical outcomes are determined.

Pedi Lyme Net has been an obvious success, with at least 15 peer-reviewed scientific publications to date based on data obtained from it. Multiple valuable insights have been discovered, including findings that most children with Lyme disease do not recall a tick bite, and that simple, non-invasive electrocardiograms can help in the diagnosis of Lyme carditis. These and other findings will surely inform the development of better clinical practices – a win for patients.

GLA is proud to support Dr. Nigrovic’s Pedi Lyme Net. Validation of our support was recently demonstrated when she was awarded two large governmental grants for projects that grew from Pedi Lyme Net. For the first, she was awarded a five-year operating grant totaling $1.8 million from NIH, to run a 20-site clinical trial comparing antibiotics for the treatment of Lyme meningitis. Among these sites are the eight study sites of Pedi Lyme Net. She also received a $1 million grant from the US Department of Defense for a project investigating the proteomic biosignatures of Lyme patients.

These new studies, along with the findings that continue to be drawn from Pedi Lyme Net, will improve our understanding of Lyme disease and how to diagnose and treat it more effectively. GLA congratulates Dr. Nigrovic for her astute, creative work, and we thank her for her unrelenting efforts on behalf of sick children.