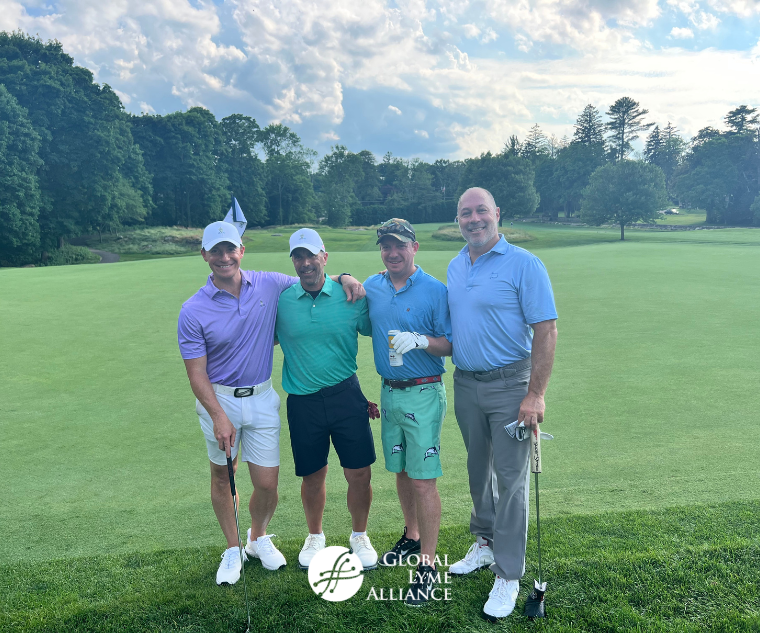 Charles Balducci, Vice Chair of Global Lyme Alliance and Managing Director/Wealth Advisor at Merrill Lynch, almost died from Lyme disease. In July 2004, he was playing golf in Montauk, Long Island. Halfway through the round, he felt something funny; it was a tick on his hip. He threw it off and didn’t think much of it. About a month later, he had a 105-degree fever and a stiff neck and wondered if he had meningitis. The Brooklyn doctor who tested him said he didn’t think so but gave him antibiotics. He took them and pretty quickly felt better. A month later, in August, Balducci got married and went on his honeymoon in Kenya. But towards the last week, he was feeling awful. He had no energy and couldn’t keep up with his wife on a bike or hiking. Then he experienced a low-grade fever. Naturally, he thought he must have contracted malaria while on safari. He and his wife flew back to New York but coming through the airport he was so ill that he had to use a luggage mover as a walker. They went to an ER where a nurse told him, “your heartbeat is 26 beats a minute. You should be unconscious by now.”

The disease specialist at the hospital said, “This is very rare, but I think you have Lyme disease, and the bacteria is surrounding your heart and blocking the electrophysiology of the heart.” So, they put the pacemaker in; then, an IV tube called a PICC line went up into his heart for 11 days, pumping him with antibiotics twice a day. His tests came back positive—he had Lyme disease. And, slowly but surely, he got better. Within a month, he had completely recovered, and he’s never had another symptom. This terrifying experience was more than a decade and a half ago. 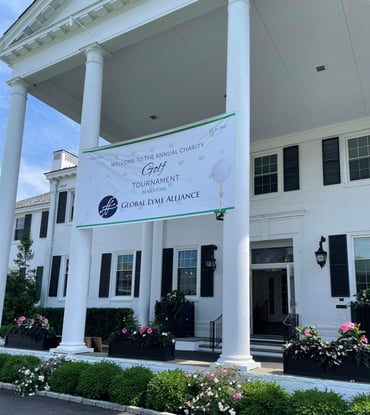 This seminal event prompted Charles to get involved with GLA more than a decade ago. On June 13, he kicked off the First Annual Charity Golf Tournament to help Global Lyme Alliance (GLA) raise funds for essential Lyme and tick-borne disease research. The event was held at Greenwich Country Club in Greenwich, CT. Eighty-four players participated in the tournament, which in addition to a round of golf, provided lunch, dinner, an auction, and a raffle. The golfers were joined at the evening dinner by GLA board members and longtime donors to the organization. All told, the event raised over $200,000, which will help GLA with its mission to find a cure and help manage Lyme and other tick-borne diseases through research, education, awareness. and patient services. 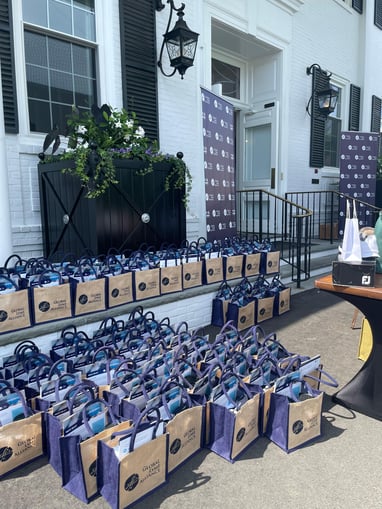 Days later, Balducci remarked how pleased he was with the tournament. “I thought the event would be successful, but it exceeded my expectations,” he said. “There was not one bump in the road.” The weather that day was beautiful, without a cloud in the sky, or as one visitor put it, a “10” kind of day. And most importantly, “we introduced GLA to a new group of people, many of whom have young children. It is so important that the people who came out for this event are now better educated about the terrible problem of Lyme and other tick-borne diseases. They can now better protect themselves and their families, and if someone in their family gets sick, they know we are here for them.”

In addition to 18 holes of golf at the beautiful Greenwich Country Club, at the dinner, Paul Ross, GLA’s Chairman, thanked everyone who participated and worked on making the event so successful. “Charles’ willingness to share his story inspires all of us at the Global Lyme Alliance and everyone in this room,” said Ross. Dinner attendees also heard from Dr. Timothy Sellati, GLA’s Chief Scientific Officer, who spoke about the risks of tick-borne diseases like Lyme disease. He highlighted the rise in Lyme disease cases, the particular risk associated with golfing, and the importance of using insect spray effective against ticks. In addition, he emphasized that people should do tick checks on their children and themselves after they’ve been outside. 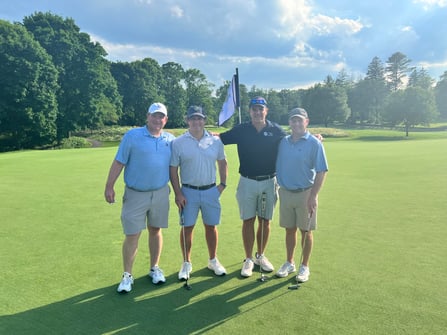 GLA’s mission to conquer Lyme and other tick-borne illness by funding the most urgent and promising research in the field is of the utmost importance for Lyme patients, their families, and the 476,000 people diagnosed with Lyme in the U.S. every year. It is through events like these that GLA can advance our mission. Thanks to all who participated in the event. Together we can keep the momentum going to beat this disease