Lyme Disease: The View from Canada

Ever since my adult son fell ill with Lyme in the fall of 2012 and we were plunged into the upside down, inside out, maddening world of ‘Lymeland’, I have witnessed the excruciatingly slow growth of a network of doctors and naturopaths who now treat chronic Lyme disease. For their own protection, most of these medical professionals must deliver care under the radar. In some U.S. cities and states, here in Canada, as well as Australia, Sweden, Amsterdam, and in many other countries around the world, doctors dare not use the “L” word for fear of professional reprisal, which happened several years ago to several of Canada’s finest Lyme literate physicians.¹

Only a few years back, most doctors here in Canada actually insisted that ticks don’t cross the border. Many mainstream doctors still believe this to be true. Here, as in most places worldwide, when you mention Lyme doctors will mock you and turn their backs, emergency rooms will send you home during a medical crisis offering little more than an hour of oxygen, insurance companies won’t provide coverage, family and friends roll their eyes, and politicians will speak in vague but grandiose terms but never hit the mark on what is actually needed now to help Lyme sufferers.

While some doctors in both mainstream and holistic medicine are trying to help, there are not nearly enough medical practitioners in Canada to serve the world’s fastest growing pandemic and patient caseload.

Despite what doctors and politicians tell us, ticks are in fact crossing the border and we do in fact have people suffering from persistent, or chronic, Lyme in Canada. However, Canada is a good 10 years or more behind the U.S. in its recognition and treatment of this disease—which is a gloomy prospect indeed.

While there is no official count of the number of cases here to date, I am told that we can safely guess that our numbers are 10% of that of the U.S. So, if there are 329,000 cases per year across the US (and we all know that is a gross underestimate), then it is safe to say that we have 32,900 cases per year here in Canada.

According to recent vector expansion models,² by 2020, 80% of the Canadian population, which amounts to over 28 million people, will be exposed to the deer tick, the main vector for transmitting Lyme bacteria.

This is why so many of us were painfully disappointed in May when our country’s Health Minister Jane Philpott released the first-ever Federal Framework on Lyme Disease calling for a $4 million investment to establish a Lyme disease research network with the aim of generating new knowledge to improve diagnosis and treatment. This investment is a mere pittance when you consider the huge financial burden that most Lyme patients are forced to assume as they are currently given no choice but to seek medical attention outside the Canadian system.

The framework offers no treatment plan for the tens of thousands who are currently suffering from chronic Lyme disease. Rather, it calls for a focus on surveillance, sharing of best practices, prevention and education. All important, to be sure, but not the immediate priority for those who are currently sick and dying without medical care.

Not only that! Minister Philpott refused to acknowledge 40,000 petition signatures, tens of thousands of comments and thousands of personal letters all pleading for her help, asking her to do right by those who are suffering. Lyme sufferers begged for equitable access to appropriate testing, diagnosis and treatment.

We continue to be left with the full responsibility of navigating this complex and debilitating disease entirely on our own. Here in Canada, there are far too many people who are forced to live with excruciating pain amongst other debilitating symptoms.  Far too many men, women and children who are bed-bound, wheelchair bound and unable to function. Canadians who cannot wait another five years let alone one more year for doctors to provide medical care.

I see the results of these gaping holes every day. Men, women and children suffering beyond description, unable to get treatment, forced to find the funds necessary to cross the border to the U.S., using all their savings, selling their homes, losing relationships, their livelihoods, their dignity and often relegated to suffer in silence because they have a disease that we cannot talk about here.

While our Federal government has offered all the ‘right sound bites’ calling the framework a way to move forward, it is far too meager a commitment to have a substantive impact in this very real health crisis.

Far too many Canadians have no idea that chronic Lyme disease is a global medical crisis.  Our government, by negating the seriousness of this health crisis, may have pulled the wool over the eyes of an unsuspecting public for now, but one day, Canadians will understand that our government has failed to meet a health crisis of the first order.

Dear Minister Philpott. Lyme disease patients deserve so much more. Lyme disease is here now and the number of cases continues to grow in every province across the country. With or without your acknowledgment and support, in the end, it will be the strength that we draw from one another that will allow us to climb out of this rabbit hole, together, whole and healed. 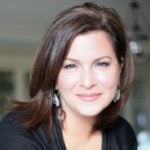 Lori Dennis is a registered psychotherapist and author of Lyme Madness, available on Amazon. For more information, go to loridennisonline.com