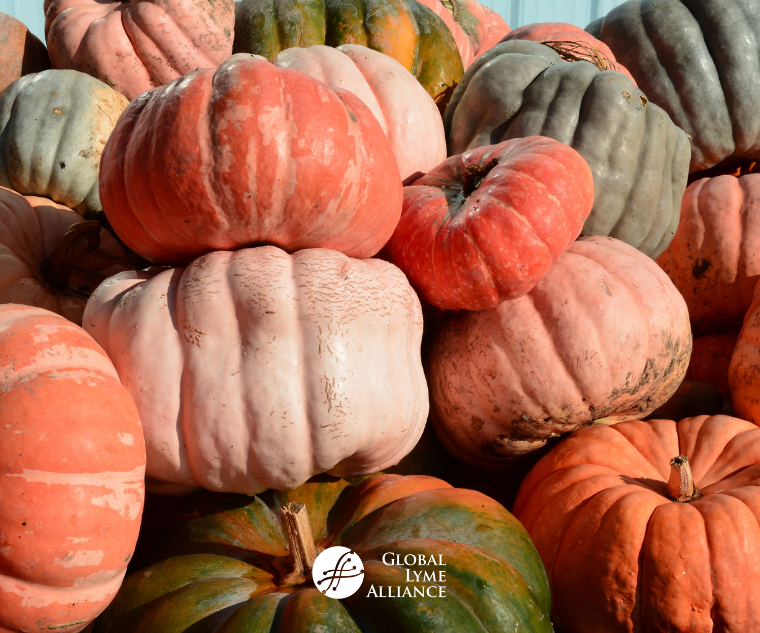 The build-up to Halloween is always an exciting time for kids. There’s so much anticipation—what will I be? What will my friends be? How much candy will I get? After the final flurry of fairies and goblins, ghosts and ghouls, candy bars and lollipops, there’s also an inevitable let down. Besides gorging themselves on too much sugar, kids can find themselves saying on November 1st saying, “Now what?”

There are still a few weeks remaining until Thanksgiving, and another couple months until the winter holidays. If having chronic tick-borne disease has taught me anything, it’s that these in-between times are a good thing. In fact, they’re necessary.

The build-up to a new health milestone is similar to the anticipation of a holiday. When I got my PICC line out after a year of treatment, I was filled with nervous excitement. I wondered if I would be able to maintain my health on oral antibiotics, and I was thrilled at the prospect of having two unencumbered arms. I would be able to shower! Wash my own hair! And swim!

After long illness, when we hit a health milestone or start to feel better, it’s only natural to want to run out and do all the things we did before we grew ill. But doing so more often than not will just land us right back in bed. Slow and steady wins the race for all tick-borne disease infections. It took a few weeks for my body to get used to the shift from intravenous to oral antibiotics. I then had an uptick in insomnia and fatigue. Then my symptoms diminished, and I began to feel good as I had before I went off the PICC line.

Once that happened, my inclination was to keep going—maybe I could lower my antibiotics even more! Maybe I could start doing more work! But my doctor kept me at the same dose of medication for several months. After the excitement of getting my PICC line out, I needed a period of healthy stability before building up to another change.

The same is true for holidays. If kids had Halloween every day, they would get sick from all the sugar and exhilaration. If we jumped right from Halloween to Thanksgiving to Christmas, we would be overwhelmed. The holidays wouldn’t retain their special qualities; they’d simply be exhausting. The down time in between holidays is an important way for everyone to resume their normal lives, get back on a regular schedule, and get themselves prepared for more festivities.

Sometimes, holidays still are tumultuous, despite our best efforts to normalize our lives in-between. The period between Thanksgiving and the winter holidays always feels particularly rushed, and many people find themselves burned out by January 1st. We can’t change when public holidays will occur, but Lyme patients can control how much down time they give themselves between periods of excitement. After my initial time of stability on oral antibiotics, I experimented going off of them, and at the same time made some huge life changes: moving to a new state, starting a new job, reestablishing my independence after years of convalescence.

These changes turned out to be too much, too fast. I relapsed and had to start again with antibiotic treatment. I learned that I should have maintained my treatment protocol for longer, and I should have taken baby steps with my re-entry into the workforce. Instead, I suffered the equivalent of a major sugar crash, and it took me over three years to get over it.

Now, I make changes in smaller increments. Weaning slowly off of one medication, taking on one new project at a time, and treating each like a holiday. That is, I recognize that while the change is exciting, it may also be turbulent, and I need to take extra good care of myself during the transition. Then, I need to relish some steady time getting used to that change before even considering another one. This makes the changes that much more special and enjoyable, which is exactly what holidays are meant to be.