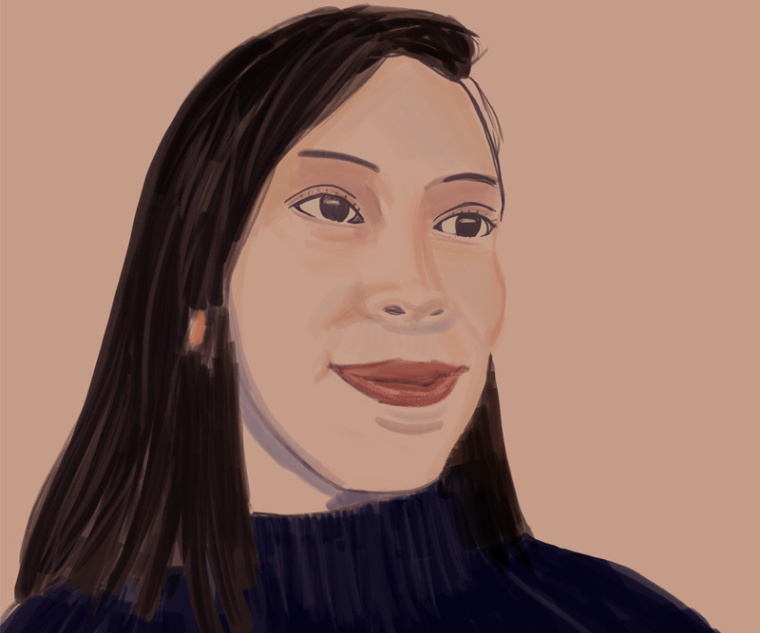 Maria Gutierrez-Hoffmann, Ph.D. is a scientist at the Food and Drug Administration in the Office of Pharmaceutical Manufacturing Assessment. As a postdoctoral fellow, her Lyme disease research was supported by GLA. Her most recent peer-reviewed publication is Borrelia burgdorferi-Induced Changes in the Class II Self-Immunopeptidome Displayed on HLA-DR Molecules Expressed by Dendritic Cells.

This work details clues suggesting how the very early immune response to Lyme bacteria may set up later autoimmune processes in infected people. A Point of View about her article, detailing work supported by funding from GLA, appears here .

The decision came very easily to me, in college when I had to pick a major. I remember literally sitting and asking myself, what have I enjoyed learning about my whole life? The answer came very easily, and it was science. So I had no doubt about it. In graduate school, I decided to shift to microbiology because I became interested in disease, and how humans and bacteria were engaging in this battle. My brother fell ill with a viral infection that was very debilitating, and my interest grew. When I graduated with a PhD, I was still interested in how humans and pathogens interacted, but wanted to see it from the human point of view, and so I switched to immunology. I thought this was my Cinderella shoe.

I love gardening and cooking! They take my mind away from the complexities of science, so I really enjoy those activities outside of the lab. For creative inspiration for research, I found that my experimental results always lead to more and more questions, so I let the science do some of the leading.

I had many female mentors, and some male mentors. My undergraduate advisor, Dr. Tom Huxford, a professor of biochemistry at San Diego State University (SDSU), always had this upbeat attitude, and he always said, if the NIH doesn’t give you money, keep going without them. He was always very encouraging, and a major cheerleader. I also had advisers outside of science that taught ethics, like Maureen Gibbins at SDSU, who was always nurturing and a major role model. She always inspired me, and used to run a program called Bridges to the Future, geared to undergraduates who wanted to pursue science but didn’t have an idea of what they wanted to do. So, it was exposure to lab training, introduction to scientific literature and learning about science programs around the country…giving students insight into the world of science outside and beyond undergrad.

I would definitely invite Dr. Marie Curie to my dinner party. She was a brilliant scientist, a pioneer in her field, a two-time Nobel Prize winner, yet if you read her story in the Nobel Prize website, she was described as quiet, dignified and unassuming. Her beginnings in a lab with her husband were not the most promising, but she wasn’t afraid to follow her passion and her science under those difficult conditions. And ultimately, she wanted to use her discoveries for the greater good. She enlisted the help of her daughter during World War I, and she used her basic science findings and translated that into the real world to help people. Talk about having a really hard life, and still pushing to follow your passion for science. She’s someone I’d like to have hours of dialogue with.

Others would be Drs. Elizabeth Blackburn and Carol Greider (editor’s note: Nobel Prize in Medicine, 2009 for the discovery of telomerase), and the reason why would be: here was someone who was already an established professor at a university (Dr. Blackburn) and her student (Dr. Greider). They came together and they were the two sides of training in science. So, it would be really interesting to know what they were feeling, and what motivated them.

All of these are women who have really paved the way for other women. There’s no value I could put on being able to hear their experiences and what they have to say.

I would definitely continue working in the Lyme disease field. Lyme disease is a horrible illness. It can destroy people’s lives in a short amount of time. A Lyme diagnosis can lead to so much suffering, not only by those afflicted by the disease, but it can also be devastating to family members who often feel helpless as they watch their loved ones suffer. Having spoken to some of those family members and seeing their sadness, yet fiery enthusiasm to understand and “find a cure” for Lyme disease was always my biggest inspiration, my sense of duty and ultimate motivation.

I don’t think I had a big aha moment, but I have had small moments where I have realized or felt an instant comfort in my own skin with my skills and abilities in science. All of these small aha moments built up to say that I feel comfortable that I can do this work. Yes, the more we know, the more we realize how much more there is to understand. Nature and biology still have a lot to teach us. So, it’s humbling, and for me it’s been these little moments.

Dr. Gutierrez-Hoffmann was interviewed by GLA via zoom. The interview has been edited and condensed for clarity.