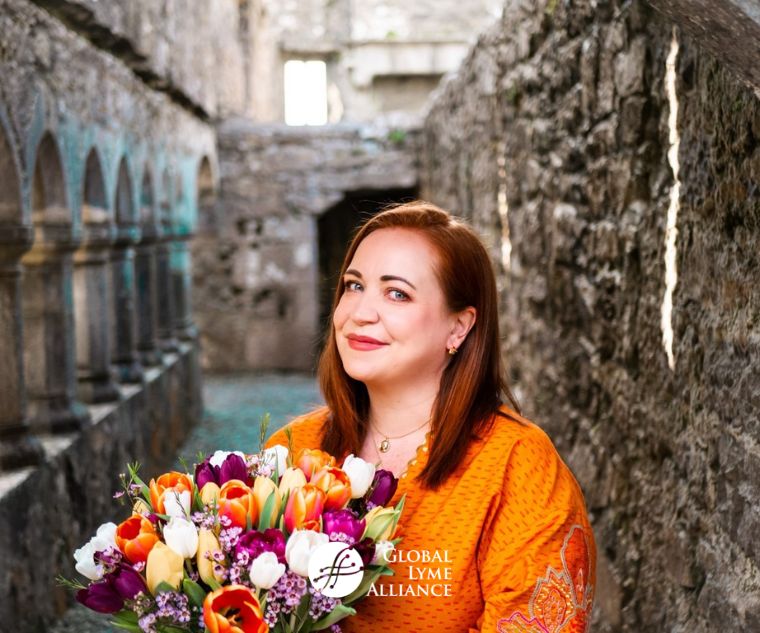 After 20 years of miscellaneous, debilitating symptoms and countless ignorant doctors, Nicole Lavin decided to take an active role in her healing journey and saved her life.

How It All Started...

My name is Nicola Lavin and my story starts 22 years ago in the Summer of 2000. I was almost finished my degree as a medical scientist and before settling into a long term career. I wanted one more summer of fun so I left Ireland to join the hundreds of other J1 students in Montauk New York. Let me just say... Montauk is heaven! Sandy beaches and long summer days and hundreds of students working together and living the dream. 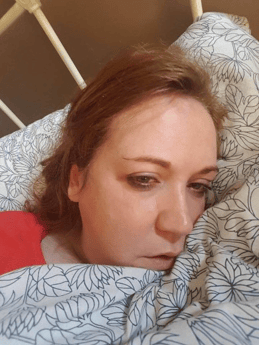 I got a job at the infamous Guerney’s Inn. I could walk to work every morning through the grass and watch chipmunks play right beside me. I didn’t even think about ticks just waiting to find their prey. In this case, it was the white freckly legs of an Irish girl walking happily through the long grass. I also didn’t even realize that I had been bitten. I had an area in my armpit that became red and swollen but I never developed the diagnostic bulls-eye rash.

I flew home really sick. Like having the worst flu and hangover of your life all at once. I immediately went to my doctor at home who told me to give it a few weeks and come back if I still wasn’t better. I didn’t get better and the daily nausea became so bad that it prompted my doctor so do a pregnancy test and you guessed it….I was pregnant! All of my symptoms were put down to that and never having been pregnant before I didn’t know that it really wasn’t supposed to be that bad. By the end of the pregnancy, I was rushed to hospital in complete heart failure. My heart stopped and I died and had to be revived.

I was never the same after that. Even though the doctors were happy that they had reversed my heart failure through medication, they still couldn’t account for the extreme fatigue and large myriad of symptoms that I was now experiencing. 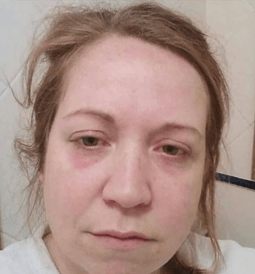 Over the years, I developed many autoimmune conditions, my heart rate was consistently low (about 35bpm), POTS, severe pins and needles, joint pain, muscle fatigue, brain fog and memory loss. I also developed painful oesophageal spasms, difficulty swallowing and then began having strange neurological symptoms like paralysis episodes where I could hear my son and husband crying with worry but I couldn’t move a muscle to let them know I was ok. When I eventually would come around, my speech would be slurred like someone who had just suffered a stroke.

And still the doctors passed me off from one to the other. Instead of them looking at my symptoms as a whole, I was referred to a rheumatologist for my joint pain, a dermatologist for my burning skin, a gastroenterologist for my oesophageal spasms, a cardiologist for POTS, an immunologist who told me that he didn’t do fatigue and several neurologists for my nerve pain and memory issues.

And still the doctors passed me off from one to the other. Instead of them looking at my symptoms as a whole, I was referred to a rheumatologist for my joint pain, a dermatologist for my burning skin, a gastroenterologist for my oesophageal spasms, a cardiologist for POTS, an immunologist who told me that he didn’t do fatigue and several neurologists for my nerve pain and memory issues. Despite me telling them initially about the bite I thought I had gotten, I was never tested for Lyme disease. And I was 17 years sick like this, going from doctor to doctor for answers and still trying desperately to live a normal life. My blood tests at this stage always showed inflammation in my body and that I was now producing autoantibodies. 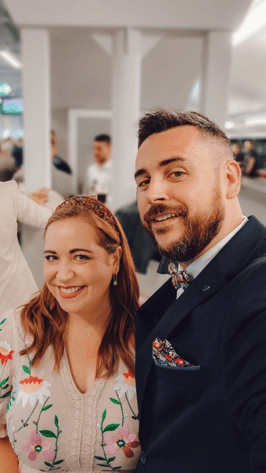 Taking care of me became my husband's full-time career: having to wash, spoon feed me and even brush my teeth. I decided that was enough and began researching myself. The medical scientist in me had also thought of Lyme so I paid myself to have my bloods testing in a private lab in Germany. My Lyme PCR came back positive for Borellia burgdorferi DNA and an American strain of the bacteria. Finally I had answers but as anyone with a Lyme diagnosis knows that is just when the uphill battle begins as so many doctors still refused to accept that chronic Lyme disease actually exists.

I did find a good neurologist who took me under his wing, and after a year and a half off a strong cocktail of antibiotics the scientist in me felt that the Lyme had to be well and truly dead. But I still felt awful! The more I thought about it the more I realized that it was my immune system causing the issues. Think of it this way. Your house is on fire but you manage to put the fire out after a lot of damage is done. You wouldn’t go back living in this house until that damage was repaired. So I knew that was what I had to do, repair my damaged immune system. I needed to clean out all of the junk in my damaged cells and get them communicating again. I needed to fix my nerve cells so that my brain could make my organs function properly again. So I decided to go back to Germany where they seemed to know a lot more about treating Lyme to have stem cell therapy.

After 18 long years, I was finally given a second chance at life. 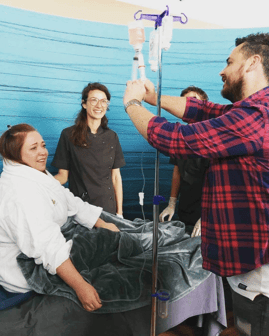 On October 4th 2018 my stem cells were removed from my fat cells on my hips in a procedure that is very similar to liposuction. I was dreading this part, but it didn’t hurt in the slightest. A short time later my husband was given the privilege of injecting my stem cells through my IV. To say that we were emotional is an understatement. After 18 long years, I was finally given a second chance at life.

I’m not going to lie, the healing process was tough. There were days when I never thought I would come out the other side. Neurological healing takes up to two years, but I was extremely lucky in that this treatment worked for me. My quality of life began to improve dramatically to the point where I could work and travel (my biggest passion in life). Being bed-bound was like solitary confinement–so as soon as I was well enough, I began traveling and documenting my journeys.

I enjoyed it so much that I started a travel blog and now get to travel the world with my husband. Any symptoms I have now are mild and the most important thing is that I now have a good quality of life. I am back doing what I love most…..exploring the world! Traveling the world with chronic illness isn’t easy but it is possible and my advice to anyone dealing with Lyme disease at the moment is that even though it might not feel like you will ever get your life back never give up! It took me over 18 years and it’s an experience that has changed my life forever but it has made me so appreciative of the little everyday moments in life. 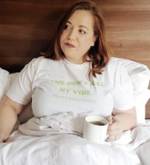 *Opinions expressed by contributors are their own. Nicola Lavin is a travel blogger from Ireland who is trying to navigate the world after a 20 year battle with Lyme disease.