We Are the World: What I Learned About the Global Health Threat of Lyme disease 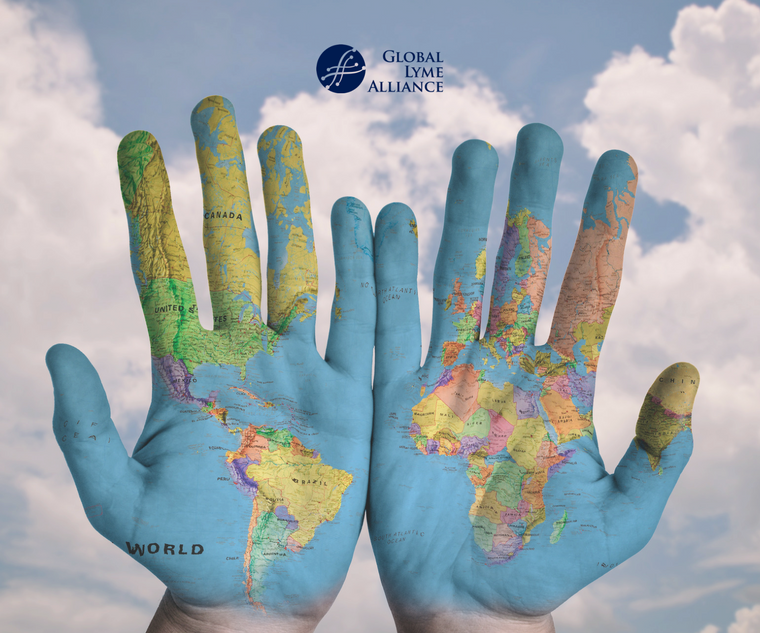 It’s frightening that tick-borne disease is so globally prevalent. But I’m encouraged that so many doctors and scientists are studying the problem and sharing their findings.

As 2017 drew to a close, I found myself reflecting on some of the issues that divide and unite people around the world. You may be surprised to learn that tick-borne illness was high on the list— and not just because I suffer from it myself. This year I have received emails from patients in states across the country, and from Canada, Sweden, Germany, France, Costa Rica and Australia. After connecting with them and those attending the International Lyme and Associated Diseases Society “Global Perspectives” conference, last November in Boston, perhaps my biggest surprise was learning that tick-borne disease is a world-wide problem. Moreover, it’s one that people are working together internationally to fight, and that gives me hope as we start 2018.

In my October “Bursting the Woods of New England Bubble” post, I dispelled the common myth that Lyme only exists in the Northeastern U.S. I now learn more every day about just how far tick-borne disease has spread geographically. At the ILADS conference, I attended a presentation called “Does Lyme Exist in France?” by Dr. Christian Perronne, Professor of Infectious and Tropical Diseases on the Faculty of Medicine Ile-de-France Ouest.

I learned not only that Lyme indeed exists in France, but that it is a big problem across Europe, and has been for centuries. Dr. Perronne noted that Borrelia, the bacterium that causes Lyme disease, has existed in Austria and Italy for 5,300 years, and that research was beginning on the disease as early as 1883 in Germany, 1910 in Sweden and 1911 in Switzerland. Ticks have now spread across many European countries, and they are increasing contagion in Ireland, Great Britain, France, Spain, Portugal, and Italy. There are approximately 230,000 new cases of Lyme reported in Western Europe alone each year, creating an estimated 1 Billion euros financial burden. That’s almost as many cases as we see in the United States, and Europe has many different strains of Borrelia, making Lyme harder to diagnose and treat.

But the problem extends beyond Europe. At the ILADS conference, Dr. Ndudim Isaac Ogo of the National Veterinary Research Institute in Vom, Nigeria, gave a lecture called “The African Perspective.” I learned that tick-borne disease is a major issue for livestock throughout Africa and that many of the bacteria are infectious and can be transmitted to humans. Despite this growing public health risk, Dr. Ogo said that tick-borne diseases are largely neglected because the threat is not considered as important as endemic malaria or typhoid fever. Despite the fact that there are no “confirmed” cases of tick-borne disease in Africa, researchers are finding serological evidence of Borrelia in ticks on animals and humans. Many are suffering from Lyme, ehrlichiosis, anaplasmosis, the many forms of spotted fevers, and are not getting funds for essential research, diagnosis or treatment.

Medical surveillance is improving in some areas of the world, but a diagnosis is still difficult due to the inaccuracy of current tests. As John Lambert, MD, Ph.D. of the Dublin Ireland Infectious Disease clinic said in his own ILADS presentation, “just because you don’t test for it, just because you don’t survey it, doesn’t mean it isn’t there.” The good news is that research and awareness are growing, if slowly, in countries around the world.  I see evidence of it every day in various publications. The Himalayan Times recently published a piece called “Emerging Lyme disease: A Wake-Up Call for Nepal”. Researchers in the Philippines undertook a study of tick-borne disease in livestock, noting that “…further studies might be needed to determine the nationwide prevalence of TBDs (tick-borne diseases) and the presence of other tick species and TBD pathogens.” The Philippine situation may have parallels in other developing countries.”[1]

In scientific and medical journals covering infectious disease, pediatrics, ophthalmology, rheumatology, and veterinary medicine, I see articles on tick-borne diseases in countries from South America to Asia. It’s frightening that tick-borne disease is so globally prevalent. But I’m encouraged that so many doctors and scientists are studying the problem and sharing their findings.

Perhaps the best news of all is that thanks to digital technology, patients can connect with each other as never before. I recently Skyped a woman in Canada who told me she had never met anyone who understood her story well. I exchanged emails with a woman in France because I speak her language—not just French, but the language of Lyme as well. Everywhere patients go, they can work to spread the understanding of tick-borne diseases. A few weeks ago I shared a cab with an ophthalmologist from Sweden who was doing a month of medical training in Boston. He’d heard of Lyme disease but didn’t know how it was treated, how serious it could be, or that ticks could also transmit co-infections. By the end of our short ride together, he had a better understanding and asked for my card so he could look up the Global Lyme Alliance and learn more.

Tick-borne disease is a global problem, but it’s also a growing international conversation. Let’s all work to enrich the dialogue in 2018!

Jennifer Crystal is a writer and educator in Boston. She is working on a memoir about her journey with chronic tick-borne illness. Do you have a question for Jennifer? Email her at  jennifercrystalwriter@gmail.com